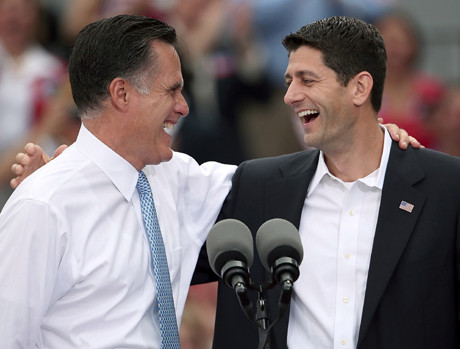 The Tax Plan was passed, but only because it benefited the majority of the RNC donors, including Mitt Romney. Even with a majority in the House and Senate, no money was allocated to build the wall, nor was Obamacare repealed and replaced, two of President Trump’s election promises. Then, in the run-up to the 2018 election, with about six months to go, Ryan made a surprise announcement not run for reelection, but refused to resign as Speaker.

Kevin McCarthy, waiting in the wings for Ryan’s soon to be vacated position, refused to push to have the lame-duck Speaker removed before the election, most likely a trade-out for Ryan’s eventual endorsement. The endorsement proved to be hollow as Ryan intentionally sat on his hands during the election cycle, handing the House majority and Speaker-ship over to Nancy Pelosi.

As a result of McCarthy’s failure to move Ryan out, there was no one in the Speaker’s chair standing up for President Trump as he was hammered by Democrats and the media. Then Romney, the Godfather of the Deep State, jumped into the 2018 Utah senate race to further obstruct the president.

Why Ryan left the House

Republican SWAMP leaders like Romney, Ryan, and McConnell had been assured that Robert Mueller’s investigation would lead to criminal charges against Trump, but they also knew he couldn’t be tried criminally nor removed from office without first being impeached. With a republican in the Speakers chair, it would fracture the party if impeachment was attempted, so Ryan bailed out of Congress, insuring a democrat would occupy that position. After Ryan left Congress he immediately began bad-mouthing the President, even contributing to the left-wing writer, Tim Alberta’s anti-Trump book, American Carnage.

When Mueller’s report backfired on the Deep State, Speaker Pelosi and her henchmen kept the bogus investigation alive, aided by Romney’s sideline mud slinging. They desperately sought anything resembling high crimes or misdemeanors that could be used as grounds for impeachment. With time running out, and a lame field of candidates to challenge this popular president, they grabbed onto the bogus Ukraine quid pro quo accusations, and the basement impeachment semi-inquiry began.

Where are the Republicans?

As you may have noticed, there has been no real push-back from republican leadership. Senate Majority leader McConnell, looking at the unethical hi jinks going on, could have refused to even consider an impeachment recommendation from the House unless they followed established protocol. House Minority leader McCarthy could have had his members boycott the inquiry vote in protest—that is, if they weren’t on board with the Deep State plan to get Trump out of the White House. Little Lindsey Graham has made lots of noise, but has refused to even begin a Senate investigation into this bogus impeachment witch hunt.

The stage was set in 2016 to do everything possible to turn Americans against Donald Trump, or discover skeletons in his closet; when blocking his agenda and handing the House over to Democrats didn’t work, the Deep State decided to burn the Constitution and overthrow the government. If they are successful, deep state agents Pelosi and Romney will probably be awarded a top-secret commendation in the basement.

We the people are all that is in their way.