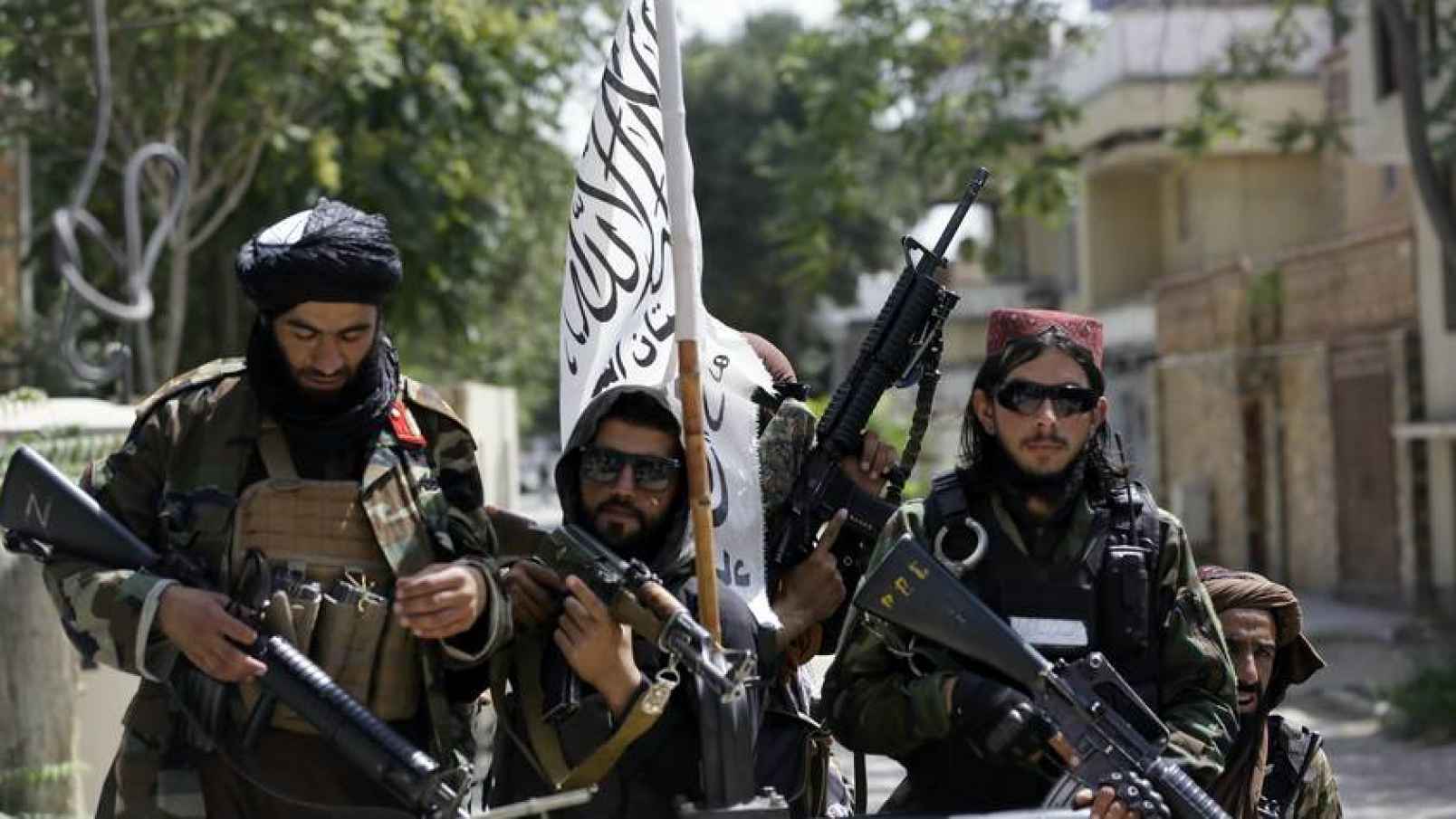 When the Taliban distributed their list of members of their new government, Biden’s terminally naïve and deluded State Department handlers were not happy. State wonks issued a strongly-worded statement Tuesday scolding the jihadis: “We have made clear our expectation that the Afghan people deserve an inclusive government.” On what basis State’s “experts” have decided that what the Afghan people really deserve is a government that looks like Georgetown was not explained, but the statement went on to complain that the Taliban’s new government “consists exclusively of individuals who are members of the Taliban or their close associates and no women.” And not only that: the Taliban have dropped the Ministry for Women’s Affairs altogether, and replaced it with a feature of their first regime: the Ministry for the Propagation of Virtue and Prevention of Vice.

A Kabul resident explained what is likely coming: “People have stopped listening to loud music in public … fearing the past experiences from when the Taliban last ruled. I personally didn’t see any forced prayers. But there is fear in everyone’s minds.” According to the Washington Post, the last time the Taliban ruled Afghanistan, there were “forces patrolling the streets, shutting down shops and markets at prayer time. They beat people caught listening to music and frowned upon dancing, kite-flying, and American-style haircuts. Squads of the ministry’s morality police punished those who disobeyed modesty codes, with beards too thin or ankles that showed. They banished girls from school and women from the workplace and the public eye. A woman could not venture outside without a male guardian.”

They call it the propagation of virtue and prevention of vice, but what the Taliban are actually doing is reestablishing an empire of fear. This police force (which apparently entered the headquarters of an all-female orchestra and destroyed the instruments, because music is un-Islamic) doesn’t really have anything to do with authentic virtue at all. Virtue involves choosing to do what is good because it is good, out of love for God and/or a conviction that it is right, no matter what the cost may be involved in choosing it.

By contrast, in an empire of fear such as what the Taliban are setting up today, people don’t choose the good because it is good. They obey the dictates of those with the guns and the whips. They do so because they don’t dare step out of line, not out of an authentic understanding that the path of moral and ethical uprightness is preferable to the alternative, much less out of love for God, but because they are afraid of what would happen to them if they did depart from Islam’s vision of morality.

When people are unable to choose to do evil, their choosing of the good is merely a manifestation of fear and the power of coercion. Those who have no choice but to be good demonstrate nothing about whether their beliefs enable or inspire them to choose the good when they could just as easily not do so.

Muslims and non-Muslims often tell us that Muslims hate the West for its decadence, its immorality, its lasciviousness, which they contrast unfavorably with the supposed morality and uprightness of the Islamic world. Often this boils down to a Muslim critique of Western “freedom,” especially as the United States pursued disastrously bungled and failed military operations in Iraq and Afghanistan ostensibly to bring Western-style freedom to those countries. In line with that, the former Mufti of Australia, Sheikh Taj al-Din al-Hilali, once complained that “Australian law guarantees freedoms up to a crazy level.” He would likely have said the same about every Western country. Iran’s Ayatollah Khomeini once thundered: “Whatever good there is exists thanks to the sword and in the shadow of the sword! People cannot be made obedient except with the sword! The sword is the key to Paradise, which can be opened only for the Holy Warriors!” This is not and never can be actual virtue; it’s just coercion. Genuine freedom is an indispensable prerequisite for any cultivation of real virtue.

The Taliban’s Ministry for Propagation of Virtue and Prevention of Vice is the centerpiece of their thuggish regime. Many foreign policy analysts in the West still nurse the fond hope that the Taliban is not popular among the Afghan people, and that they will throw it off and institute more just and humane leadership, or that the Taliban will moderate in order to court popular favor. These analysts don’t seem to realize that in a system based on coercion, popular approval is not required. The Taliban do not consider that they derive their just powers from the consent of the governed, but from Allah, and are determined to impose his law upon the Afghan people. The sooner the State wonks drop their naïve delusions and realize this, and consider its implications, the better off we’ll all be. But don’t be holding your breath.