Back in May, retired USAF lieutenant colonel Karen Kwiatkowski said the CIA’s “Chemical Gina has her hands in this one, and we are being told that Assange is being ‘treated’ with 3-quinuclidinyl benzilate, known as BZ.”

On September 14, Kwiatkowski wrote Julian Assange “is being held on behalf of the United States and he is being chemically and physically interrogated in Belmarsh (the British Gitmo) in order to reveal his private cryptographic keys, and the names and cryptographic information relating to others within the Wikileaks information network.”

He has been reduced to the mental capacity of a drug-addled rubberhead, and some of these effects will be found to be permanent.  Physically he is reported to be underweight (under 100 pounds) with food and water being used as bargaining chips in his continued interrogation.  Ironically, even the prisoners at Gitmo, as part of the tender care by the USG, were force-fed when they tried to starve themselves to death.  Julian’s government caretakers are using food and water to break him completely.

The CIA and its media call this practice “enhanced interrogation,” an Orwellian term for torture. In the mid-1970s, the Church Committee and the Rockefeller Commission determined the CIA’s MKUltra was developed for the explicit purpose of breaking down individuals, destroying them psychologically and physically, and reformatting their minds. In the 1950s, the agency was searching for a way to brainwash subjects and turn them into amnesiac assassins.

The full extent of this program will never be known. The CIA destroyed its records on the MKUltra project.

In the case of Assange, as Kwiatkowski notes, the British and American torturers hope to break Assange’s “private cryptographic keys, and [reveal] the names and cryptographic information relating to others within the Wikileaks information network.”

This information would be highly beneficial to the state as it hunts down those who reveal uncomfortable truths about its psychopathic behavior. However, the primary objective in keeping Assange locked up in Belmarsh (as extradition drags on) is to break him down, similar to how the British state broke down and rendered mentally ill David Shayler, the former MI5 officer who revealed crimes of the state.

The difference here is dramatic. Shayler served time and was released. Assange will never be released. It’s fair to say he will be taken out of Belmarsh in a body bag.

This is the message to whistleblowers and truth-tellers—mess with the state, expose its dirty dealings and war crimes, and you may end up like Julian Assange—a skeletal “rubberhead” tortured until a babbling ruin or dead.

Ditto Chelsea Manning, Ola Bini, and others rounded up since Assange went into the Bolivarian embassy seeking asylum, only to be betrayed and turned over to the Brits who, with the eager help of the US government, are now in the process of slowly killing him, or possibly rendering him a mental patient or vegetable.

Assange and those who may have worked with him will be interrogated with the full capability of the state (physical, mental and chemical torture).  They will not be tried, represented or defended in a public court, and as noted here for Assange, they will never be released regardless of what is discovered through various interrogations.

Yes, living in an Embassy with a cat and a skateboard may seem like a sweet deal when you believe the rest of the lies. But when no one remembers the reason for the hate you endure, when no one even wants to hear the truth, when neither the courts nor the media hold the powerful to account, then your refuge really is but a rubber boat in a shark-pool, and neither your cat nor your skateboard will save your life.

The conspiracy to torture and murder Assange and his associates will never be reported by a government script-reading media.

Melzer, who holds the Human Rights Chair at the Geneva Academy of International Humanitarian Law and Human Rights in Switzerland, as well as serving as the United Nations Special Rapporteur on Torture and other Cruel, Inhuman or Degrading Treatment or Punishment, is unable to get the word out to a larger audience about Assange and his sadistic punishment.

“This Op-Ed has been offered for publication to the Guardian, The Times, the Financial Times, the Sydney Morning Herald, the Australian, the Canberra Times, the Telegraph, the New York Times, the Washington Post, Thomson Reuters Foundation, and Newsweek… None responded positively,” he wrote on his Medium blog in June.

And none will so long as the state continues to steer the narrative on Assange. His death will be on the hands of the government and its functionaries—the torturers, hired killers of journalists, and the serial murderers of innocent and helpless civilian populations. This horrific reality is buried beneath a mountain of slander, defamation, and lies pushed out by the CIA’s Mockingbird media. Remarkably, millions of Americans and Brits support the slow murder of Julian Assange. The state has long excelled at manipulating the public through ceaseless propaganda and calculated lies.

Even so, you may say, why spend so much breath on Assange, when countless others are tortured worldwide? Because this is not only about protecting Assange, but about preventing a precedent likely to seal the fate of Western democracy. For once telling the truth has become a crime, while the powerful enjoy impunity, it will be too late to correct the course. We will have surrendered our voice to censorship and our fate to unrestrained tyranny. 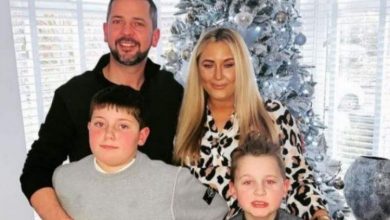 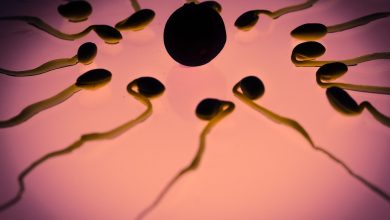