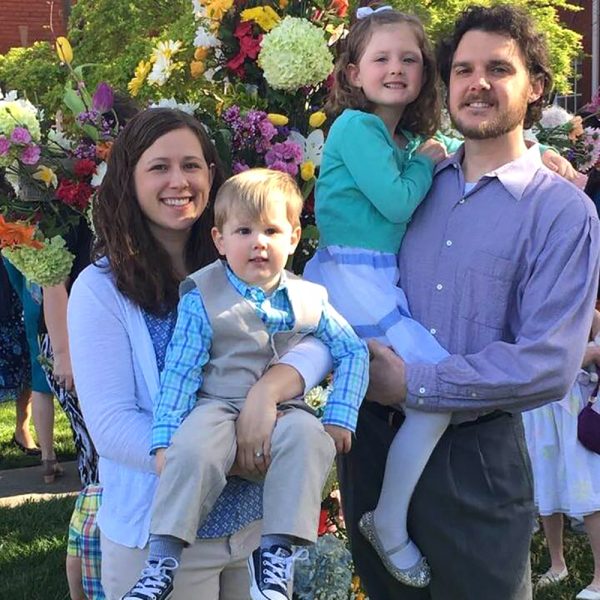 When was the last time a white individual murdered a black family?

The corporate/regime media would never let us forget this heinous crime. NEVER.

Nevertheless, their Name is is Adah and Noah Lesslie. They were two white children murdered by a black NFL player. [NFL player Phillip Adams killed 5, including 2 kids and himself, in South Carolina: Authorities, KTLA.com, April 8, 2021]:

York County Sheriff Kevin Tolson told a news conference that investigators had not yet determined a motive for Wednesday’s mass shooting.

“There’s nothing right now that makes sense to any of us,” Tolson said.

Dr. Robert Lesslie, 70, and his wife, Barbara, 69, were pronounced dead in their home in Rock Hill along with grandchildren Adah Lesslie, 9, and Noah Lesslie, 5, the York County coroner’s office said.

A man who had been working at the Lesslie home, James Lewis, 38, from Gaston, was found shot to death outside. A sixth victim, Robert Shook, 38, of Cherryville, North Carolina, was flown to a Charlotte hospital, where he was in critical condition “fighting hard for his life,” said a cousin, Heather Smith Thompson.

At Thursday’s news conference, Tolson played audio of two 911 calls, the first from an HVAC company that employed Lewis and Shook. One of the men, the caller said, had called him “screaming” and saying that he had been shot, and that his coworker was shot and “unresponsive.”

“I think there’s been a bad shooting,” a different man said in a second 911 call, saying he was outside cutting his grass and heard “about 20” shots fired at the Lesslie home before seeing someone leave the house.

Tolson said evidence at the scene led authorities to Adams as a suspect. He said they went to Adams’ parents’ home, evacuated them and then tried to talk Adams out of the house. Eventually, they found him dead of a gunshot wound to the head.

Tolson said both a .45-caliber and 9mm weapon were used in Wednesday’s shooting.

A person briefed on the investigation told The Associated Press earlier Thursday that Adams had been treated by Lesslie, who lived near his parents’ home. The person spoke on condition of anonymity because he wasn’t authorized to speak publicly.

However, Tolson would not confirm that Adams had been the doctor’s patient.

Lesslie worked for decades as an emergency room doctor, board-certified in both emergency medicine and occupational medicine and serving as emergency department medical director for nearly 15 years at Rock Hill General Hospital, according to his website.

He and his wife had four children and nine grandchildren, and were actively involved with their church, as well as with Camp Joy, which works with children with disabilities and where Lesslie served as camp physician for a week each summer. On Thursday, Tolson said the family had asked that any memorials be made to the camp.

Adams, 32, played in 78 NFL games over five seasons for six teams. He joined the 49ers in 2010 as a seventh-round draft pick out of South Carolina State, and though he rarely started, he went on to play for New England, Seattle, Oakland and the New York Jets before finishing his career with the Atlanta Falcons in 2015.

As a rookie, Adams suffered a severe ankle injury and never played for the 49ers again. Later, with the Raiders, he had two concussions over three games in 2012.

Whether he suffered long-lasting concussion-related injuries wasn’t immediately clear. Adams would not have been eligible for testing as part of a broad settlement between the league and former players over such injuries, because he hadn’t retired by 2014.

Adams’ father told a Charlotte television station he blamed football for his son’s problems, which might have led him to commit Wednesday’s violence.

“I can say he’s a good kid — he was a good kid, and I think the football messed him up,” Alonzo Adams told WCNC-TV.

Deputies were called around 4:45 p.m. Wednesday to the Lesslies’ home, and evacuated the neighbors as they searched for hours for a suspect.

Allison Hope, who lives across from Adams’ parents’ home, about a mile from the Lesslies, said police allowed her to return home around 9 p.m. Wednesday. Moments later, a vehicle pulled into the Adams’ driveway and law enforcement quickly surrounded the property.

She said they spent hours negotiating with Phillip Adams, using a loudspeaker and sending in a robot to scan the house. She said authorities repeatedly asked Adams to come out, and promised to get his disabled mother out safely, before Adams shot himself.

“This is something I can’t grasp yet. I can’t put it all together and I’m trying to,” Hope said.

Adams often isolated himself, even as a player, his agent, Scott Casterline, told the AP. Casterline said he spoke regularly with Adams’ father, who left him a voicemail Wednesday morning.

“This is so unlike him. He had to not be in his right mind, obviously,” Casterline said, adding that Adams struggled away from the game.

“He had an injury his rookie year. Some teams wrote him off and he had that stigma of a guy who was hurt,” Casterline said. “It was hard for him to walk away from the game, especially a guy as dedicated as he was.”

“We encouraged him to explore all of his disability options and he wouldn’t do it,” Casterline added. “I knew he was hurting and missing football but he wouldn’t take health tips offered to him. He said he would but he wouldn’t.”

“I felt he was lost without football, somewhat depressed.”

Cowboys cornerback Kevin Smith, who trained Adams, said the former NFL player had opened a shop selling smoothies before COVID-19 hit. Both he and Casterline emphasized Adams didn’t drink or do drugs.

Lesslie founded two urgent care centers and had traveled the country giving lectures to an emergency nurses’ group, his website said. He wrote a weekly medical column for The Charlotte Observer and became a prolific author, writing several volumes with advice on how to lower cholesterol and blood pressure, and lose weight.

The physician also penned a number of collections of what he termed “inspiring true stories” from his work.

“I know without a doubt that life is fragile,” Lesslie wrote in one of those books, “Angels in the ER.”

When you have children, every illusion in life fades. Everything you ever believed as theoretical becomes irrelevant and the protection of your children becomes paramount.

There was a mass black on white shooting (murder) only a few days ago, and the names Adah and Noah Lesslie mean literally nothing to Americans across the nation. They were two white children murdered by a former black NFL player.

And no one cares.

Tell Adah and Noah Lesslie how much these ideas exist.