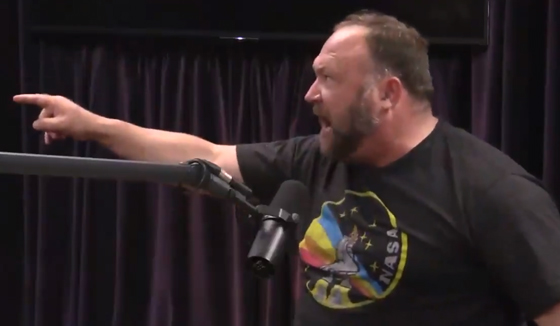 Earlier on Thursday the Biden administration and US intelligence came out with some explosive and outlandish claims, saying Russia is planning to release a video depicting graphic scenes of a “staged false explosion with corpses, actors depicting mourners, and images of destroyed locations and military equipment,” as CNN described it. This in order to justify a military invasion of Ukraine, given the false flag operation would feature Russian-backed separatists under attack by Ukrainian forces.

Given such a narrative has been advanced in public, grabbing global headlines, but without so much as a shred of evidence – even mainstream media pundits are scratching their heads. Watch Associated Press writer Matt Lee demolish the State Department’s Ned Price, who refuses to provide any level of proof backing the bizarre and surprising claims. “This is like Alex Jones territory you’re getting into now!” Lee points out…

Reporter: “It’s an action that you say they have taken, but you have shown no evidence to confirm that. […] This is like – crisis actors? Really? This is like Alex Jones territory you’re getting into now.”

Throughout the past month, both sides of the Ukraine crisis have accused the other of waging “information wars” – however, these new claims, complete with details of crisis actors and war scenes and corpses being “staged”, have reached new levels of the absurd. US Secretary of Defense spokesman John Kirby had told reporters earlier Thursday afternoon that “We do have information that the Russians likely to want to fabricate a pretext for an invasion – which again, is right out of their playbook.”

The AP’s Lee incredulously points this out to an increasingly agitated Ned Price, who doubles down during the testy exchange, even suggesting that anyone questioning the Biden admin narrative is merely being fed ‘Russian disinformation’…

Lee challenged Price, saying the State Department had presented “no evidence” that Russia has actually created a “crisis actor” video and insisting that he wouldn’t be satisfied with the administration’s claims alone.

“If you doubt the credibility of the U.S. government, of the British government, of other governments and want to, you know, find solace in information that the Russians are putting out, that is for you to do,” Price responded.

Lee then pointed that given the extraordinary claims, some level of evidence is demanded given the mounting numbers of whopping government lies over the past two decades, including ‘Iraq WMDs’.

anyone who questions a statement delivered from a podium is a tool of the russians, the islamic state, or both

sorry, you know the rules

“Like, ‘crisis actors’? This is Alex Jones territory you’re getting into,” he said. “Where is the declassified information?,” he repeated multiple times.

In pressing for evidence to justify the administration’s claims, the veteran reporter referenced numerous U.S. intelligence failures that led to catastrophe in recent decades, including the “weapons of mass destruction” speculation that served as a pretext for America’s 2003 military intervention in Iraq as well as the U.S. timeline for Afghanistan’s fall to the Taliban that was totally upended in August.

State Dept.: Russia is going to launch a false flag attack as a pretext to invade Ukraine.

State Dept.: I just gave it to you.

Reporter: No, you made an allegation.

“That’s not evidence, Ned, that’s you saying it.”

“I would like to see some proof that you can show that shows what the Russians are doing. I’ve been doing this a long time…I remember Iraq and that Kabul’s not going to fall,” Lee then asserted.

Price retorted: “I’m sorry you’re doubting the information that is in the possession of the US government” – as if it was some kind of gotcha response. Hilariously, it wasn’t the first time today that the Biden administration pulled this kind of clumsy ‘if you doubt what I’m saying you must be with the enemy’ tactic… Price sneeringly dismissed Lee as a Russian propagandist for refusing to accept wild evidence-free government assertions at face value. The administration did the same thing earlier in the day when questioned about the special forces raid on the Syria-Turkey border…

Aboard AF1, a reporter asked WH press secretary Jen Psaki for evidence to back up the claim that Qurayshi denotated a suicide bomb.