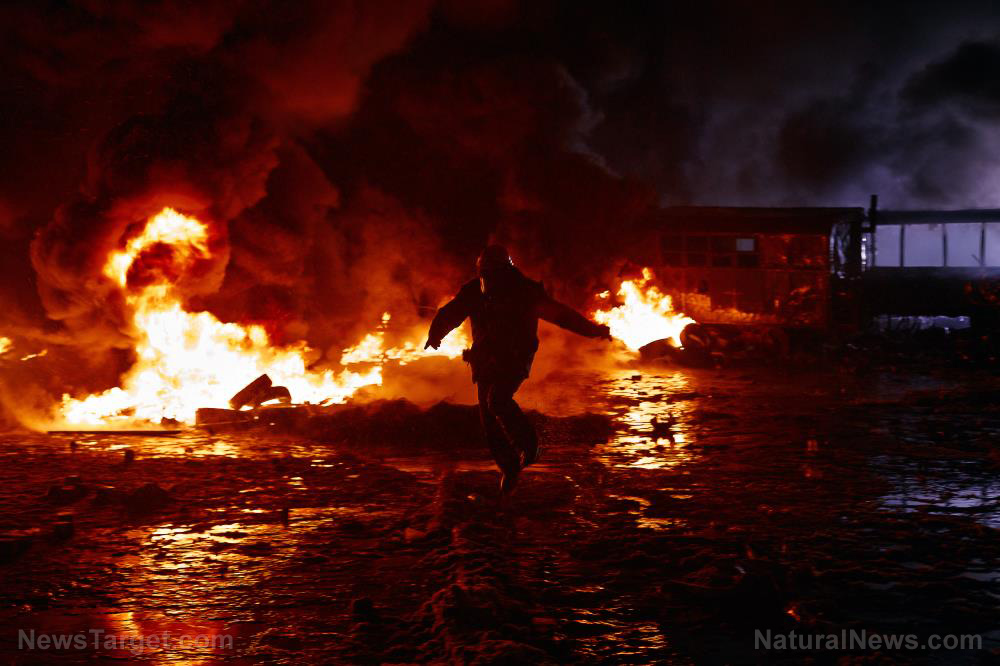 (Natural News) Another facility that exists to help pregnant women save their unborn babies has been targeted by extremists following the landmark decision by the Supreme Court of the United States to overturn Roe v. Wade.

Reports said the Life Choices clinic in Longmont, located just northeast of Boulder, was vandalized and set on fire over the weekend. On the exterior of the building was similar spraypainted messaging to what has been seen at other clinics across the country in recent days.

“If abortions aren’t safe, neither are you,” read one of the scrawled messages.

“Bans off our bodies,” read another at the entrance to the building.

The fire reportedly broke out at around 3:17 a.m. on Saturday. Authorities said the fire was intentional (obviously).

Heavy smoke and other damage rendered the building unfit for the time being, which means that pregnant women in need who live around the area will have to travel elsewhere for reproductive health care.

Local media is urging area residents to check their home surveillance footage to see if they can help track down the culprits. A domestic terrorism group called “Jane’s Revenge” took credit for similar incidents in recent week, and could once again be the culprit in this latest one.

Firefighters who arrived on the scene in the middle of the night had to wear oxygen masks because of how thick the smoke was inside.

Be careful, normal Americans: The violent, bloodthirsty Left is on a rampage

It could be that all of these incidents are being provoked not by grassroots abortion supporters but by paid agitators. Or, it really could be deranged Leftists whose demons are lashing out in response to the SCOTUS decision.

Whether or not a woman can get an abortion will now be up to the states rather than the federal government. Many “blue” states, if not all of them, will still allow abortions, while many “red” states either already have or are in the process of banning them or heavily restricting them.

Damages to the Life Choices clinic in Longmont are estimated to be around $25,000.

At roughly the same time that this incident occurred, another one occurred at the Vermont State Capitol in Montpelier. Vandals smashed windows and spraypainted the same message outside that was seen in Longmont: “If abortions aren’t safe you’re not either.”

It is almost like the criminals doing this are all reading from the same script, which makes sense as the American herd of abortion lovers tends to repeat the same mantras over and over again like mindless robots.

Law enforcement all across the country say that they are preparing for more of this, and much worse. It is inevitable, they say, that an increase in violence will ensue now that the Supreme Court has issued its final ruling.

In Jacksonville, Florida, the local sheriff’s office said it would station an officer outside of an area crisis pregnancy clinic, while police in Little Rock, Arkansas, are in the process of installing a surveillance camera atop a crane near and abortion clinic.

The fact of the matter, though, is that abortion clinics are not the places being targeted. Crisis pregnancy centers that aim to save babies rather than let them get murdered are the sites of increasingly more serious crimes such as arson.

In recent weeks, according to nonprofit organization Susan B. Anthony Pro-Life America, there have been more than 40 incidents of violence, intimidation and vandalism at crisis pregnancy centers and churches across America.

The latest news about Roe v. Wade can be found at Abortions.news.