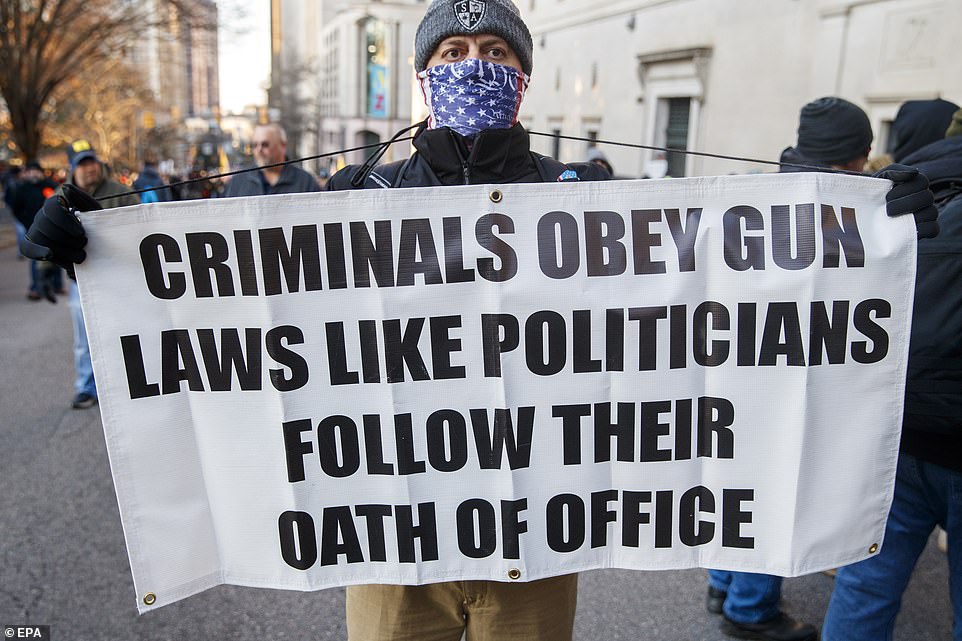 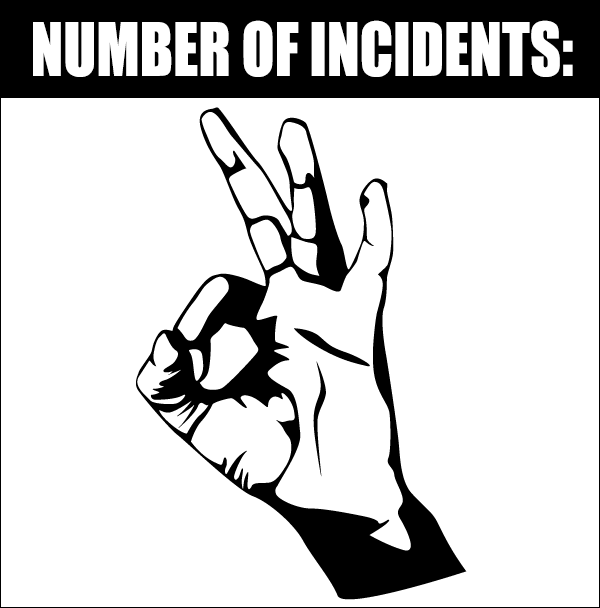 The Richmond Virginia 2nd Amendment Rally at the Capitol Building went off without a hitch. Not a single gun fired, and nobody died, despite there being several thousands of guns and rifles on hand.

If you believe the Lamestream Media, dozens if not hundreds of people should have died at the rally… you know, because “GUNS KILL PEOPLE”.

Unfortunately, for the Fake News Complex, their fantasy world of guns jumping off people’s shelves and going on shooting sprees is not a reality. Moreover, guns in the hands of law-abiding citizens are not used for crime.

Concealed carry license holders are not crazed maniacs waiting to kill someone the moment a situation presents itself. 2nd Amendment supporters are not trigger happy cowboys ready to drop someone at the slightest provocation. 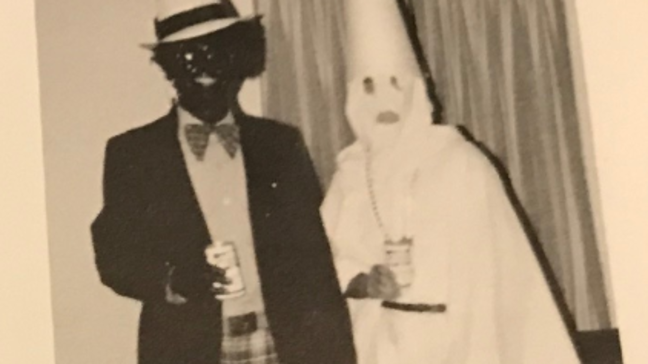 Racist Governor Northam took full credit for nothing happening, even though nothing would have happened regardless. 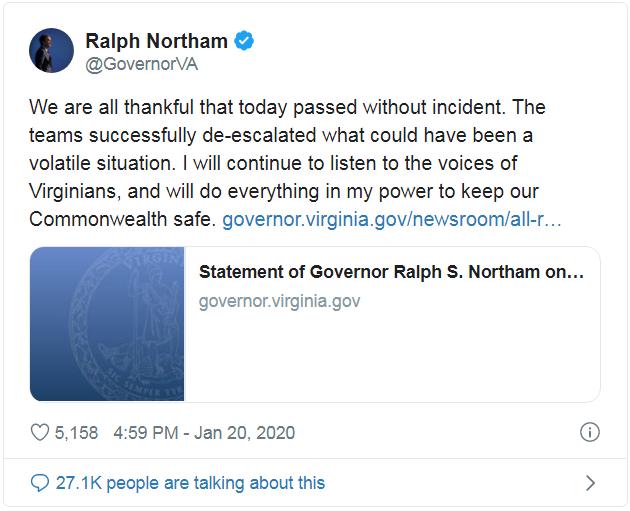 Ralph Northam ✔@GovernorVA
We are all thankful that today passed without incident. The teams successfully de-escalated what could have been a volatile situation. I will continue to listen to the voices of Virginians, and will do everything in my power to keep our Commonwealth safe. 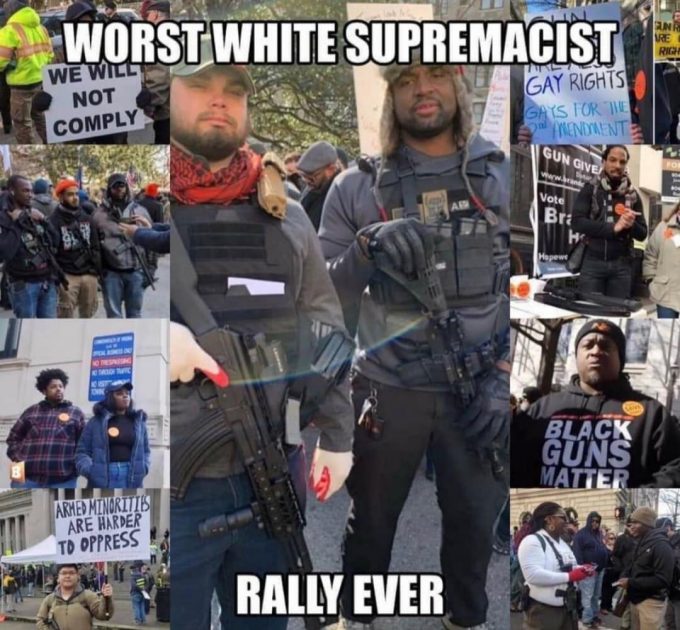 Speaking of racism, the pitiful purveyors of what is called news nowadays took potshots at the lawful citizens at the Virginia Rally calling them everything from Racists, to White Supremacists, to White Nationalists, Alt Right and anti-Semites. 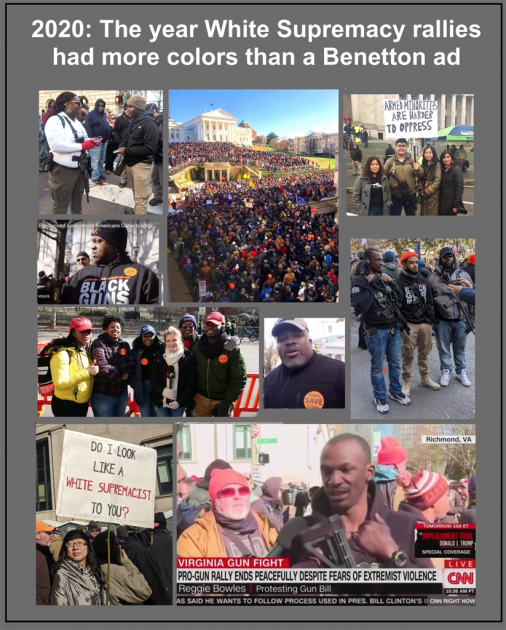 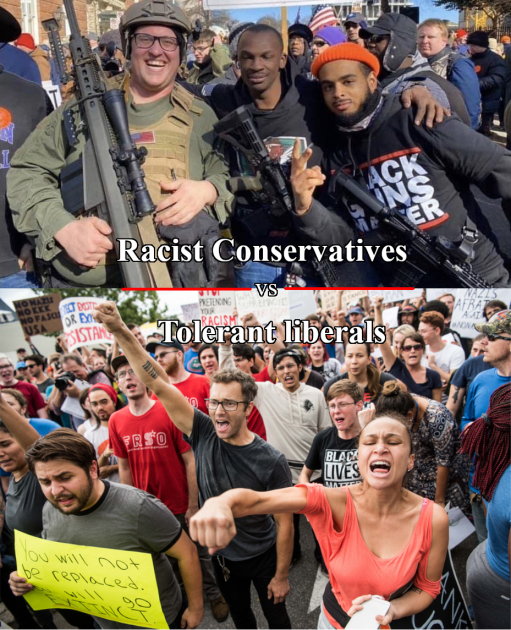 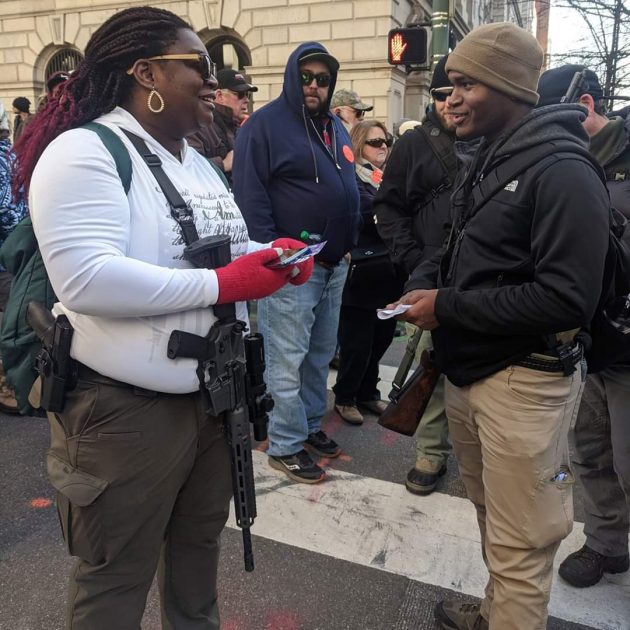 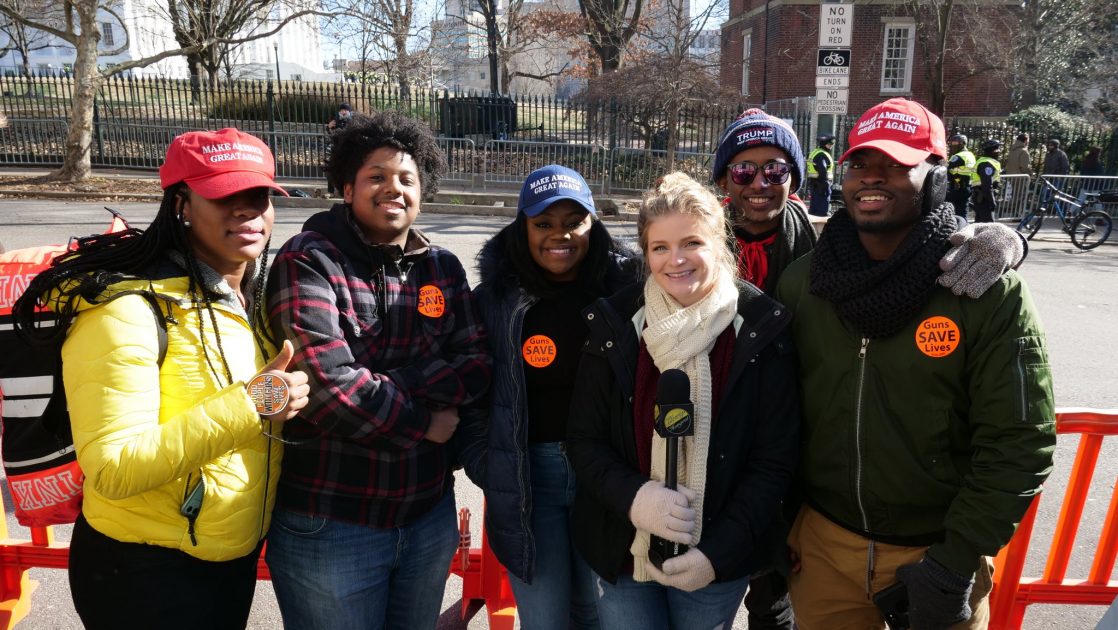 Democrats are the true racists, unable to even pick out the MANY Blacks, Latinos and other people of color at the event. 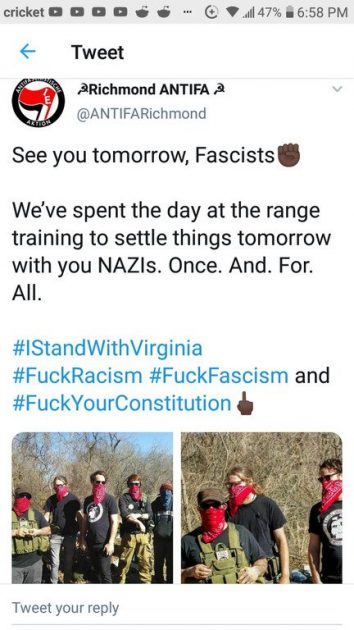 ANTIFA did a lot of posturing and promising in the lead up to the rally. Nevertheless, they came to their senses and did not show up. A quickly deleted post on Twitter by some idiot Antifa LARPers bragged how they just went to a shooting range, so they were “ready for the rally”.

@ANTIFARichmond
See you tomorrow, Fascists
We’ve spent the day at the range training to settle things tomorrow with you NAZIs. Once. And. For. All.
#IStandWithVirginia #FuckRacism #FuckFascism and #FuckYourConstitution

HAHAHAHHAHA… you went ONCE to a shooting range and think you are proficient with a gun now? GTF Outta here with that sh**.

The very simple fact is, an armed populace makes places SAFER. Crime is DOWN when criminals know anyone, and possibly EVERYONE is armed. An armed society is a polite society. Gun free zones are actually the deadliest areas in this nation. 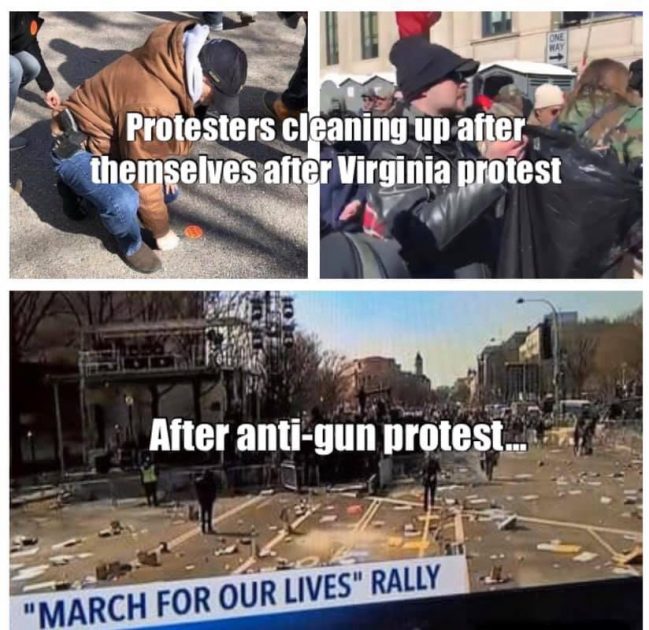 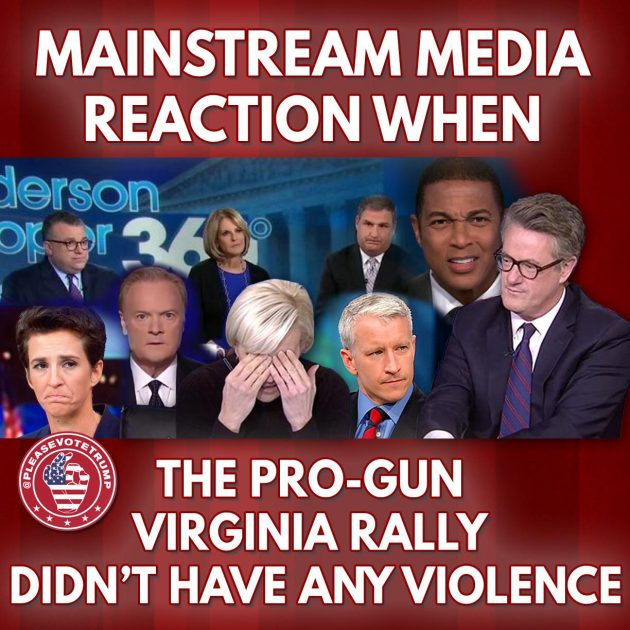 The trash that is news in this country now, doesn’t want you to know that. In fact, they would rather you think that this rally was a nail-biter.

Tense? Where the hell was it tense? The only place that was tense, were these “news” rooms realizing that they would actually have to work and come up with news stories on Tuesday.

Lamestream news, the pearl clutching, fear mongering liars they are, continuously say, if guns make a country safe, why is the U.S. at the top of the list of gun related shootings.

Well, I will tell you why, you worthless hacks…

There are over 3200 counties in the United States, and JUST FIFTY (1.5%) accounts for almost ALL of the gun crime statistics in this country. If we could magically get rid of those counties — most of which are Democratically run [into the ground], almost all are the lowest income, highest poverty counties — the U.S. would drop like a Tungsten Slug to the VERY BOTTOM of the list of Countries with rampant gun crime. We would be in the top 10 countries with the LOWEST gun crime. 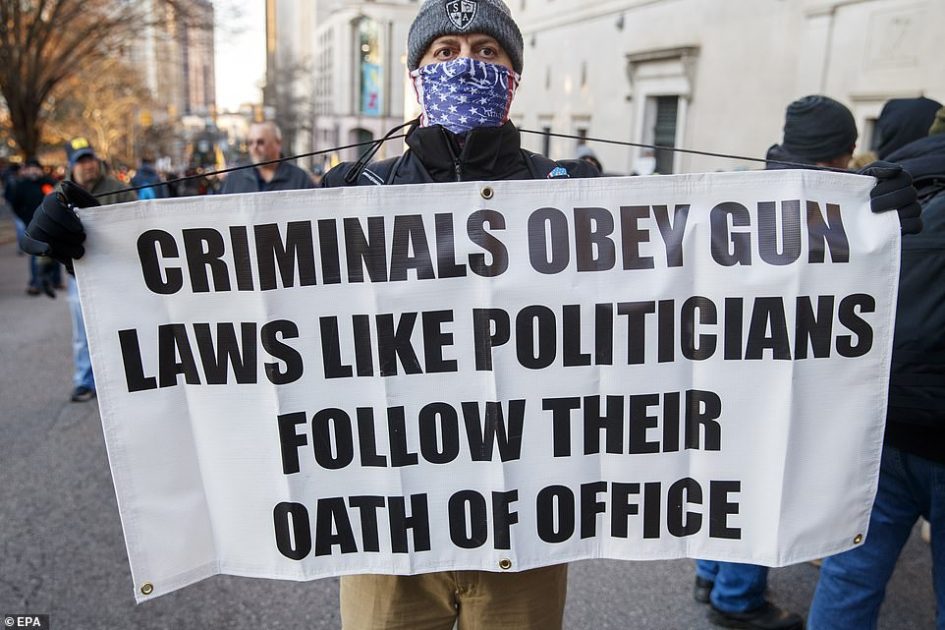 Take for instance, the rest of the country, while THOUSANDS upon THOUSANDS of guns were in one small piece of land with no shootings, those same counties and cities that continuously push our country to the top of gun crime in the world, were very active. The evil criminal denizens of those areas were busy killing people with guns. More than likely, illegally trafficked and illicitly gotten guns.

These all happened on Monday…

2 Men Shot, One In The Back Of His Head, On Monday In Baltimore
https://baltimore.cbslocal.com/2020/01/21/2-men-shot-one-in-the-back-of-his-head-on-monday-in-baltimore/

In St Louis A Woman Was Shot In The Head
https://kplr11.com/2020/01/21/woman-rushed-to-hospital-after-being-shot-in-the-head-in-st-louis-neighborhood/

2 Men Brutally Shot To Death Inside A Car In Detroit East
https://thedigitalwise.com/2020/01/21/2-men-brutally-shot-to-death-inside-a-car-in-detroit-east/

A 9 Year Old Girl Was Shot While Inside A Car In Dallas
https://www.foxnews.com/us/dallas-girl-injured-gunfire-moving-car-highway

Two People Were Shot In A Robbery Monday Night In Kansas City
https://www.kansascity.com/news/local/crime/article239482373.html

A 22-year-old Man Was Found Shot Monday Night In A Vehicle At A Kissimmee, Fl Apartment Complex
https://www.clickorlando.com/news/local/2020/01/21/22-year-old-man-found-shot-in-car-in-kissimmee/

And have you heard the stories that crates and barrels of guns were left alongside the railroad tracks in these cities to be found by the bangers and gangs?

But 2nd Amendment supporters, and legal gun owners are the problem, right? 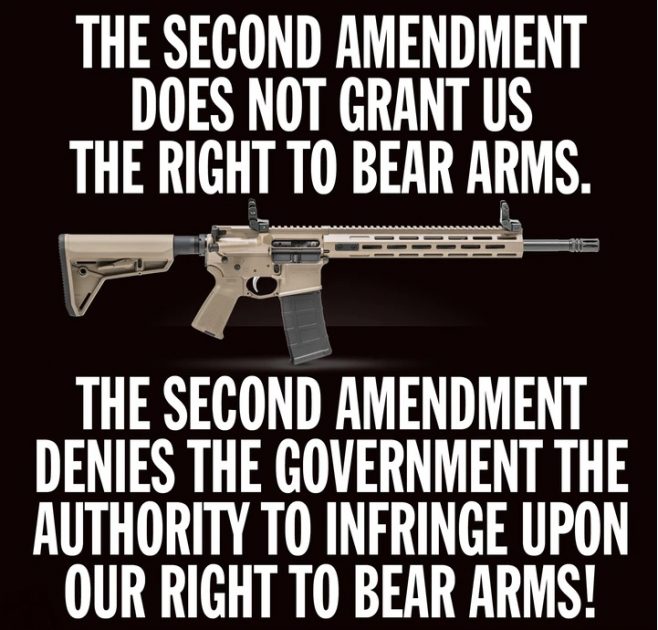 Here are some good reasons to oppose gun control: