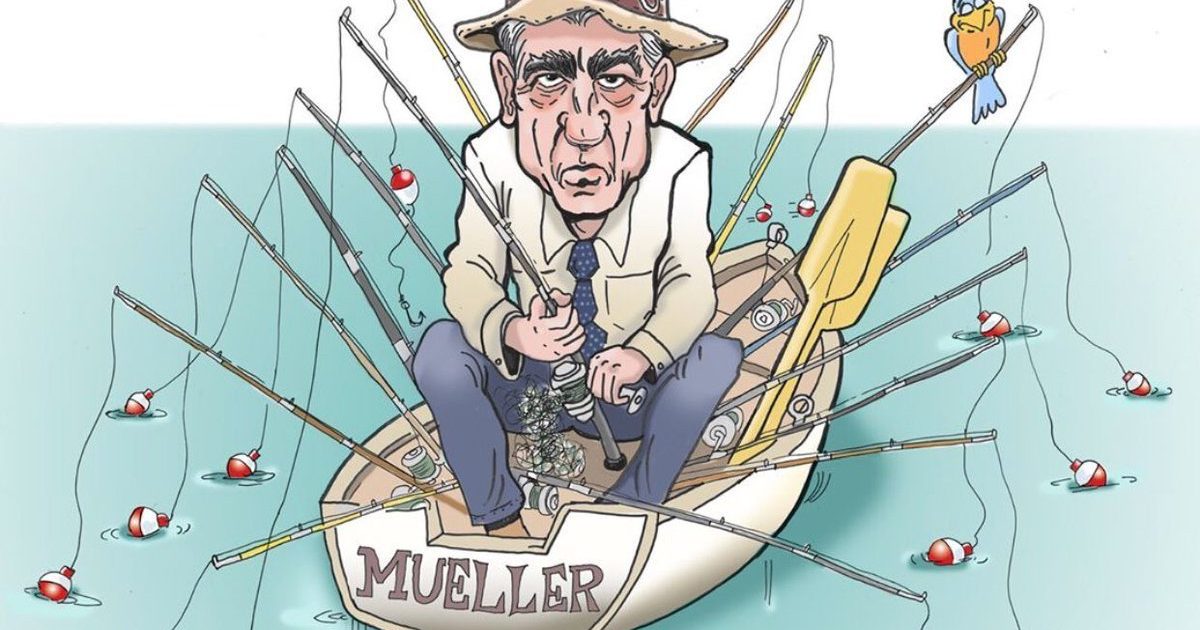 It is hilarious to listen to news about the Bob Mueller investigation into Donald Trump’s involvement with Russia to influence the 2016 presidential elections when the fact is, the whole investigation itself is to find dirt on the President so he can be impeached. We have confirmation of this in the form of Federal Judge TS Ellis questioning the integrity of Special Council Robert Mueller’s case in stating that he believes that the Mueller team is only trying to take down Trump and is seeking unfettered power. The entire Mueller examination of Trump was born out of Hillary Clinton and Barack Obama’s wiretapping Trump during the election so she would have the edge at all times.

Clinton was the chosen predecessor for the Dictatorship when Obama left the White House. This is why it was imperative that Clinton win the general presidential election, at any cost, to keep Donald Trump, the outsider from becoming president and going against the neo-Nazi agenda that essentially had been in place since the first Bush Administration. This is why Clinton had all the questions and answers beforehand given to her by Donna Brazile. It is also the reason Debbie Wasserman Schultz, and the DNC conspired with Clinton to get then-President Obama to employ the NSA to provide information they had on the Trump Campaign in the form of phone taps and internet records. Since the NSA spies on every single American on a 24/7 basis and has complete records of every phone call, internet activity, personal information and individual location of everyone, this was an easy task.

Aside from employing the NSA, Obama also had the DHS, under the guise of preventing voter fraud, scrutinize electronic ballots in every larger city to assure a Clinton victory. Several states ended up suing the Federal government because of DHS hacking their electronic ballots.

The Mueller investigation is a fraud via Clinton’s disbelief she actually lost an election she had rigged for herself. Going well into year two of the bogus investigation, it has ended up costing taxpayers around a quarter of a billion dollars from all accounts, if the truth were made public.

It is time we put an end to the Clinton inspired Mueller Witch Hunt and go after the real criminal elements in Washington beginning with crime lords Obama and Clinton. Barack Obama was the most corrupt individual to ever step foot in the Oval Office and back-stabbed his country and every US citizen every step of the way during his time in power. He is still doing it by shadowing every trip Trump makes both internationally and at home and by still considering himself president of the Deep State.

Hillary Clinton is guilty of voter fraud and manipulation, murder, treason, money laundering, blackmail, extortion, and racketeering, to name a few and it is long past time she is brought to justice.

We can not have a corrupt Criminal Justice system in the US that picks and chooses who is to be prosecuted for crimes while others go free as birds that committed the same offense. We must have a system that treats everyone the same regardless, or we really have no justice in this country at all.

Nothing would be wrong with President Trump putting together his own team of investigators and going after Hillary Clinton. It would be every bit as lawful as the Clinton-initiated Mueller fishing expedition.