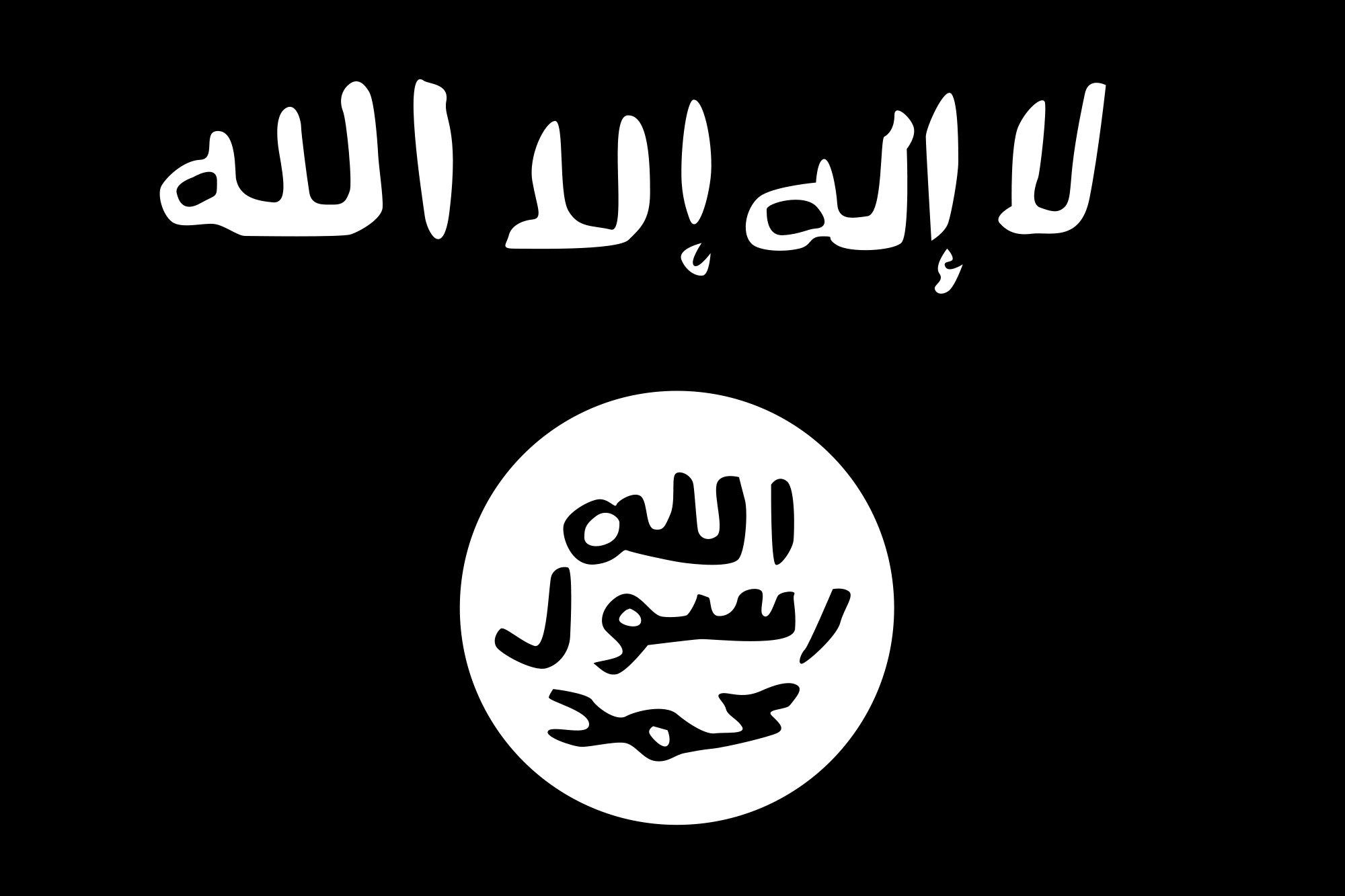 I watched the film Official Secrets the other day, which I highly recommend doing if you want to rekindle your rage about the unforgivable evil that was the Iraq invasion.Which is a good thing to do, in my opinion. Absolutely nothing was ever done to address the fact that a million people were murdered with the assistance of government lies just a few short years ago; no new laws were passed mandating more government transparency or accountability with its military operations, no war crimes tribunals took place, no new policies were put into place. No one even got fired. In fact we’ve seen the exact opposite: the people responsible for unleashing that horror upon our species have been given prestigious jobs in government and media and the US government is currently collaborating with the UK to set the legal precedent for charging under the Espionage Act any journalist in the world who exposes US war crimes.

The corrupt mechanisms which gave rise to the Iraq invasion still exist currently, stronger than ever, and its consequences continue to ravage the region to this very day. The Iraq war isn’t some event that happened in the past; everything about it is still here with us, right now. So we should still be enraged. You don’t forgive and forget something that hasn’t even stopped, let alone been rectified.

Apart from the howling rage surging through my veins during the film, the other thing I experienced was the recurring thought, “This was a conspiracy. This is the thing that a conspiracy is.”

And, I mean, of course it is. How weird is it that we don’t use that word to describe what the architects of that war did? Conspiracy is defined as “a secret plan by a group to do something unlawful or harmful.” From the secret plan between the NSA and GCHQ to spy on and blackmail UN members into supporting the illegal invasion which is the subject of Official Secrets, to the mountain of other schemes and manipulations used by other government bodies to deceive the world about Iraq, it’s absolutely insane that that word is never used to describe the conspiracy within the Bush and Blair governments to manufacture the case for war.

The engineering of the Iraq war was a conspiracy, per any conceivable definition. So why isn’t that word reflexively used by everyone who talks about it?

Easy. Because we haven’t been trained to.

The use of the word “conspiracy” is studiously avoided by the narrative managers of the political/media class who are tasked with the assignment of teaching us how to think about our world, except when it is to be employed for its intended and authorised use: smearing skeptics of establishment narratives. The pejorative “conspiracy theory” has been such a useful weapon in inoculating the herd from dissident wrongthink that the propagandists do everything they can to avoid tainting their brand, even if it means refraining from using words for the things that they refer to.

This is why the word “collusion” was continuously and uniformly used throughout the entire Russiagate saga, for example. It was a narrative about a secret conspiracy between the highest levels of the US government and the Russian government to subvert the interests of the American people, yet the word “conspiracy” was meticulously replaced with “collusion” by everyone peddling that story.

A self-described "former Rolling Stone fact-checker" called me (what else?) a "conspiracy theorist." But when challenged, this was the best she could do. 🤣 https://t.co/S5pLGaaHTS

Syria narrative managers on Twitter have been in meltdown for a week ever since the Rolling Stone podcast Useful Idiots featured oppositional journalist Max Blumenthal talking about the US-centralized empire’s involvement in the Syrian war and its pervasive propaganda campaign against that nation. The entire site has been swarming with high-visibility blue-checkmarked thought police demanding the heads of the show’s hosts Matt Taibbi and Katie Halper for giving this evil “conspiracy theorist” a platform to say we’re being deceived about yet another US-led regime change intervention in yet another Middle Eastern nation.

Narrative managers use the “conspiracy theorist” pejorative to shove skepticism of establishment narratives into the margins of political discourse, far away where it can’t contaminate the mainstream herd. Whenever you see a dissenting interpretation of events getting too close to mainstream circles, as with Blumenthal appearing on a Rolling Stone podcast, Tulsi Gabbard saying on national television that the US government has armed terrorists, or Tucker Carlson interviewing Jonathan Steele about the OPCW leaks, you see an intense campaign of shrieking outrage and public shaming geared at shoving those dissident narratives as far into the fringe as possible by branding them “conspiracy theories”.

My suggestion then is this: whenever you see the label “conspiracy theorist” being applied to anyone who questions an establishment narrative about Syria, Russia, Iran or wherever, just mentally swap it out for the term “Iraq rememberer”. When you see anyone shouting about “conspiracy theories”, mentally replace it with “Iraq remembering”. It makes it much easier to see what’s really going on: “Oh those damn Iraq rememberers! Why can’t they just trust their media and government about what’s happening in Syria instead of indulging in Iraq remembering?”

The regime changers have been melting down for days bc @kthalps and @mtaibbi interviewed @MaxBlumenthal on their @RollingStone podcast. They can’t stand seeing an antiwar voice anywhere near the mainstream. Check out the episode that’s driving them mad https://t.co/nXbGMjSRPl

Powerful people and institutions secretly coordinating with each other to do evil things is the absolute worst-case scenario for the rest of the population; it is precisely the thing we fear when we allow people and institutions to have power over us. We need to be able to talk about that worst-case scenario occurring, especially since we know for a fact that it does indeed happen. Powerful people do conspire to inflict evil things upon the rest of us, and we do need to use thoughts and ideas to discuss how that might be happening. We are not meant to think about this, which is why we’re meant to forget about Iraq.

The Iraq invasion was like if a family were sitting around the dinner table one night, then the father stood up, decapitated his daughter with a steak knife, then sat back down and continued eating and everyone just went back to their meals and never talked about what happened. That’s how absolutely creepy and weird it is that the news churn just moved on after a conspiracy within the most powerful government in the world led to the murder of a million human beings, and now we’re all somehow only supposed to care about Trump’s rude tweets.

Never forget the Iraq war conspiracy, no matter how hard they try to make you. They did it before, they’ve done it again in Libya and Syria, and they’ll continue to attempt it in the future. When you sound the alarm about this they will call you a conspiracy theorist. All they’re really saying is that you’re one of those annoying pests who just won’t shut up and forget about Iraq.

Thanks for reading! The best way to get around the internet censors and make sure you see the stuff I publish is to subscribe to the mailing list for my website, which will get you an email notification for everything I publish. My work is entirely reader-supported, so if you enjoyed this piece please consider sharing it around, liking me on Facebook, following my antics on Twitter, checking out my podcast on either Youtube, soundcloud, Apple podcasts or Spotify, following me on Steemit, throwing some money into my hat on Patreon or Paypal, purchasing some of my sweet merchandise, buying my new book Rogue Nation: Psychonautical Adventures With Caitlin Johnstone, or my previous book Woke: A Field Guide for Utopia Preppers. For more info on who I am, where I stand, and what I’m trying to do with this platform, click here. Everyone, racist platforms excluded, has my permission to republish or use any part of this work (or anything else I’ve written) in any way they like free of charge.