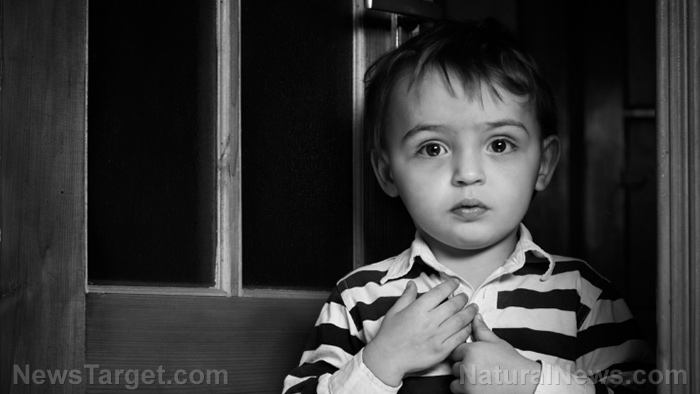 (Natural News) It has become the norm now to survey the news and discover some new paradigm-smashing development on the gender front. I’ve covered many of those stories in this space; last week the CDC rolled out a long list of woke terminology that is needed to replace a battery of other words. “Mother,” of course, has to go. In fact, when Senator James Lankford grilled Biden administration health secretary Xavier Becerra about why the phrase “birthing person” needed to replace “mother,” he froze and stumbled through his answer.

But the most horrifying story on the gender front recently is from The Mirror. Jess Bratton, a mother of two children, is claiming that her three-year-old son Logan actually tried to cut off his genitals. This, Bratton says, along with the fact that her boy plays with dolls and “had always been keen to see how [his] mom and younger sister dressed,” convinced her that Logan was a “girl.” The Mirror is obviously convinced as well, using female pronouns for the young boy.

Bratton, who is 25, said that she one day found her son allegedly “holding a pair of scissors” to remove his genitalia, which she said “made me realize the severity of the situation. It wasn’t just a phase; my little boy really did want to be a girl.”

There is a lack of context to all of this. Plenty of little boys play with dolls, especially if they happen to have older sisters that they play with. We used to understand that this didn’t mean anything. Bratton also presented the awful scissors incident without context — kids frequently do stupid things at three years old — and I can’t help but wonder if, thirty or forty years ago, Bratton would have immediately assumed that this event was an indication that her son was actually a “girl.” I very, very much doubt it.

Although her family doctor told her simply to keep an eye on Logan, Bratton switched to dressing him in girls’ clothing rather than boys’ clothing. Now, as The Mirror confusingly puts it, “the eight-year-old is now waiting to be seen by a clinic in London to change her gender” (change “her” gender? If he’s a girl why is a change necessary?) Bratton says that three years after this incident, at age six, Logan started talking about a “sex change.”

At this point, of course, he’d been dressed as and treated like a girl for three years, his mother and family were convinced he was a girl, and the scissors incident had been interpreted as proving it.

Logan’s family (although Bratton is separated from his father), his school — everyone around them has affirmed this as fact. They are now awaiting an appointment at the Gender Identity Development Service in London. “As well as showing how proud I am of Logan, I want to share my story to raise awareness about being transgender and to urge other parents not to be embarrassed about their child’s choices,” she said.

The fact that Logan may not have been making a choice at age three that will utterly transform the rest of his life — including the elimination of his capacity to have children — does not appear to have occurred to anybody.

To read the newspaper, this is yet another story of a toddler who desperately needed “affirmation” from a trans-friendly culture. But there is another way to read this story: Of a little boy playing and having his actions interpreted as something much different — and having his views shaped by everyone around him, from his mother to his family to his school community, insisting he is a girl, dressing him as a girl, and taking care to affirm the idea that he is a girl.

Logan does not know what he is allegedly deciding. He does not understand what is happening. I fear that he, and so many children like him, will wake up one day after surgeries and a battery of pharmaceuticals and realize, too late, that they have been part of a sweeping social experiment.