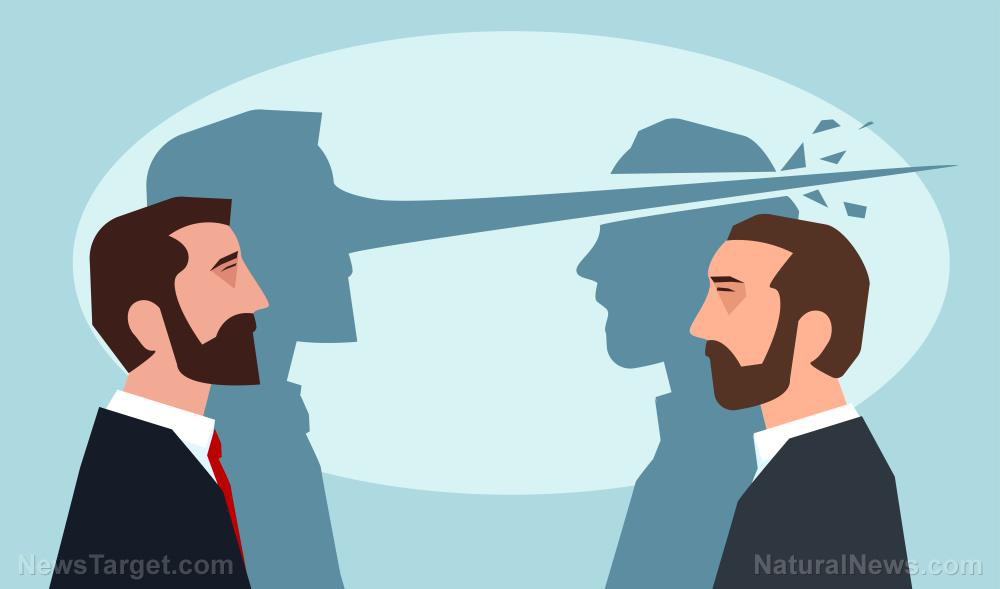 (Natural News) Think back 80 years, to a time not so different than right now. Without the “Big Pharma” of the 1940s, Adolf Hitler, German politician, demagogue, and leader of the Nazi Party, absolutely would not have become the reckoning force he was. Period.

It wasn’t a conspiracy and it wasn’t a side venture. The pharma industry of the time was essentially his weapon of mass destruction, and it was called IG Farben (short for Interessen-Gemeinschaft Farbenindustrie). Hitler had a war plan like no other in history, and it involved using chemicals against the enemy, even in the war camps. Using deadly chemicals to pollute the food and medicine of his enemies, Hitler conquered countries like it was nothing, one at a time.

Today in America, food and medicine are weapons of mass destruction, but more than 200 million Americans have no idea, because it’s not taught in schools, and it’s not printed in the newspapers, or broadcasted on television.

Creating disease, disorder, and death using toxic food and chemical medicine is nothing new; in fact, Hitler’s evil plan was just the beginning

Hitler used Zyklon B gas in the gas chambers to exterminate humans. This same psychopath had his Nazi police dripping sodium fluoride in the drinking water to weaken the captive Jews so they could not rebel or escape. Hitler also had top scientists studying food additives, synthetic preservatives, “war drugs,” and highly experimental vaccines that were chock full of toxins. Sound familiar? Yes, that is where U.S. Big Food and Big Pharma got those insidious ideas.

Today, chemicals, synthetic pesticides and sodium fluoride contaminate U.S. tap water, and it’s not just some fallout of bad decisions. The IG Farben pharmaceutical conglomerate simply morphed into what we know today as U.S. “Big Pharma.” Today, it’s like one huge war machine working to create processed, dead, toxic food (think of fast food and GMOs) for a fail-proof formula that literally creates disease and disorder, which is then treated with slow-killing chemicals (think of opiate-based painkillers, depression drugs, anxiety meds, and chemotherapy).

This is how our great country has been manipulated by Big Food and Big Pharma. The corporations that profit from human suffering are the most wealthy and powerful businesses in the world. They may never be dismantled or bankrupted. They run the regulatory agencies of the USA, including the FDA, the CDC, and the EPA. They control the advertising across all networks of television, and many websites. They run the fast food industry and the chronic sick care hospitals. Their CEOs, CFOs, lobbyists and in-pocket politicians invest in the whole devolving nightmare. And so here comes the countdown.

#5. Convincing Americans that cancer, heart disease, and dementia are inherited

Nearly every medical doctor in this country convinces their patients that their chronic health problems are inherited, when it’s simply not true. Switch to a steady, organic, plant-based diet for six months straight and watch your health issues disintegrate. Cancer, heart disease, and dementia barely existed in the U.S. a century ago, so how could the evolution of genes have changed “overnight?” They didn’t. It’s a sham to keep people on medications and break down the body and brain systematically.

Deep down in your soul you want to believe that American medicine is the best in the world, but there’s a reason we’re near the bottom of the list of developed countries when it comes to the quality of healthcare. Vaccines contain toxins no mother would ever feed to a baby, but somehow the vaccine industry has brainwashed 200 million adults into believing if those same toxins are injected into muscle tissue, it’s “safe and effective” at disease prevention. Research the effects of injecting a deadly pig virus into babies, and you’ll understand the danger of just one of hundreds of carcinogens found in vaccines today.

#3. Chemotherapy as a mainstream “treatment” for cancer

Chemotherapy is poison. Wait, you didn’t know? Fact: More people die each year from chemo than from cancer. Chemo only works on average three percent of the time. Would you fly on a plane that had a three percent chance of landing without crashing? Chemo is archaic. German scientists studied it. They knew that the cancer tumors chemo rescinded came back with a vengeance shortly thereafter. Nothing’s changed today. Just check the pharma death clock if you can bare seeing the statistics.

If most Americans weren’t doped up and “dumbed down” by fluoridated tap water, mercury-loaded flu shots, genetically modified food, and lab-made medicine, they would know that all the side effects listed on medication warning labels are real and absolutely NOT worth the risk. Prescription medications are a slippery slope and are the fourth leading cause of death in America – and that’s when taken “as directed.”

And now, topping the list as the most destructive, planned health detriment that the U.S. government and the chronic sick-care industrial complex will never “undo” is … drum roll please …

Do you know anything about the phosphate mining industry? Most people don’t. Here’s a quick history lesson that, if you don’t learn right now, will end up cutting years off your life, and installing miserable, decaying, crumbling ones at that. What could possibly be the main cause of so many Americans suffering from cancer, brittle bones, lowered IQ, and dementia before they even collect their retirement money? Sodium fluoride dripped insidiously into municipal tap water. Yes, it’s true. It doesn’t help your teeth. That’s the biggest health lie ever. Don’t believe it?

Watch one of the most controversial yet TRUE documentaries ever made that blew the lid off the biggest health scandal and insidious scam ever perpetrated upon the American people – The Fluoride Deception!