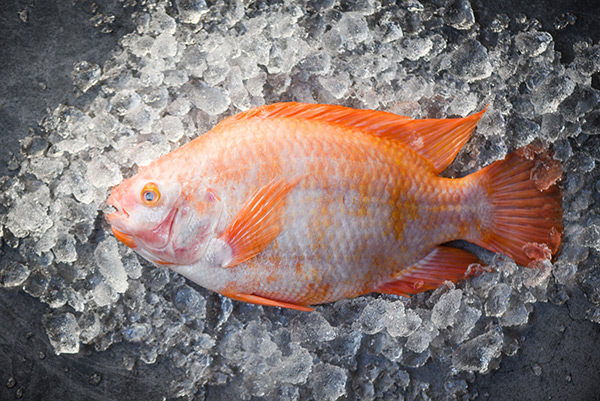 (Natural News) Eating “GMO” daily means consuming bug killer and weed killer chemicals regularly. Genetically modified organisms are utilized heavily in conventional food products to make corporations more profits by using deadly chemicals and plant toxins to exterminate worms, beetles and weeds. These chemicals and toxins are inside the foods and also sprayed onto most of the produce in the fields regularly and prior to harvest, as drying agents.

Science and peer-reviewed research has revealed that the most commonly used GMOs (and their associated chemical agents) are linked to severe allergies, learning disabilities, cancer, memory loss and dementia. Are you filtering GMOs from your daily intake, or are YOU the filter?

Are your ears ringing constantly? That’s called chronic inflammation, and it’s probably because you’re eating weed killer and bug exterminator chemicals, and possibly as part of every meal, snack and beverage. It’s time to take a closer look, because what you don’t know WILL hurt you. Are you a dying weed? Are you an insect whose insides are dissolving because you ate the wrong crops and produce? You may not know this, but cancer and dementia are preventable diseases. Learn how to filter, rather than being the filter. Weed out those GMOs from your daily intake.

Did you forget to “weed out” these 7 not-so-familiar GMOs?

#6. Beer (Most beers brewed commercially are made with GM corn and/or GM barley)

Investigative journalism reveals that some coffee is GMO, despite the internet scrubbing most of the proof

There’s a parasite that infects the roots of coffee shrubs, called the root-knot nematode, and it’s infection significantly limits the coffee shrub’s ability to take in water and nutrients, thus limiting yield.

So, of course, scientists found a genome from some bacteria to insert into the genome of Coffee Arabica to increase the plant’s resistance to the root-knot nematode. In summary, the root stock of the coffee shrub roots are genetically engineered, but not the coffee plants or beans, or are they? The reactions from thousands of coffee enthusiasts in Hawaii was less than stellar.

Since then, food scientists at the University of California, Davis, sequenced the Coffee (Coffea) Arabica genome and made it publicly available. Using CRISPR “technology,” they’ve edited the coffee genome in a laboratory to give it unnatural traits to kill parasites, with ZERO tests run to see if this is safe for human consumption.

Those CRISPR gene-editing kits are fairly cheap, so scientists in laboratories around the world are jumping on the GMO coffee bandwagon, trying to use toxic genes to kill anything that cuts into corporate profits, in a global coffee industry worth over $100 billion.

Yes, tilapia FLT 01 has been genetically modified and mutated by a biotechnology company, just like the AquaAdvantage strain of salmon. In order to improve fillet yield (by only about 15%), FLT 01 tilapia are gene edited because they are one of the highest growth production segments in aquaculture today, along with salmon. Scientists have figured out a way to remove certain genes from tilapia and create new genes that quicken the maturity of fish AND produce bigger ones on corporate fish farms.

Who is to say that when humans eat these, their own genes can change, making children mature too soon or grow too fast, and too big? After all, we are seeing all kinds of developmental problems for kids and teens these days, from obesity issues to gender identity issues, and on down the line to puberty problems. Could it be the GM fish?

Tune your internet frequency to FoodSupply.news for updates on Big Government contaminating and choking out our food supply with nasty chemicals and bad decisions that only feed corporate profits.