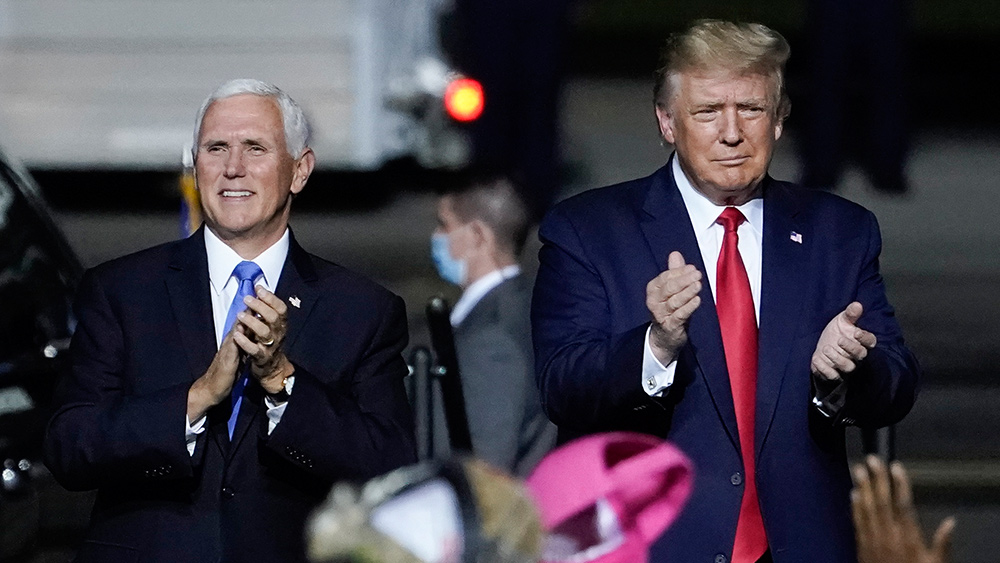 (Natural News) Whether or not President Donald Trump has to accede to an obvious stolen election, he’s still got his sights set on burning down as much of the corrupt deep state as he can while he has the power to do so.

For years, shadowy figures within the U.S. intelligence community and federal law enforcement, with a great deal of assistance from the disgusting partisan propagandists in the ‘mainstream media,’ have sought to undermine the president with one fake story and allegation after another.

One of the biggest, of course, was the ‘Russiagate’ hoax: That Trump and his 2016 campaign “colluded” with Moscow to “steal the election” from Hillary Clinton.

That’s rich even more so now, considering the deep state just stole an election from Trump.

In any event, the president has been regularly frustrated, and rightfully so, with the snail’s pace of the resulting Justice Department probe into the origins of Russiagate — also known as “Spygate.”

Nearly two years ago, then-Attorney General William Barr assigned U.S. Attorney John Durham to investigate; we were all expecting indictments and reports related to that probe way before the Nov. 3 election.

It now appears as though a lot of the evidence that is needed to prove what Barack Obama’s sycophants did to President Trump is buried under layers of classifications; only persons with the highest clearances can see it.

One of those persons was not named John Durham. Until now.

Attorney General William Barr’s special counsel appointee investigating the origins of the Trump–Russia investigation has been granted the authority to use classified information “as he deems necessary” in his investigation, the White House said on Dec. 22.

The powers were first granted to Barr prior to Durham’s appointment as special counsel in a memorandum first issued by President Donald Trump in May 2019.

Barr also noted that Durham “is authorized to investigate whether any federal official, employee, or any other person or entity violated the law in connection with the intelligence, counter-intelligence, or law-enforcement activities directed at the 2016 presidential campaigns, individuals associated with those campaigns, and individuals associated with the administration of President Donald J. Trump, including but not limited to Crossfire Hurricane and the investigation of special counsel Robert S. Mueller, III.”

Thus far, just one lowly FBI attorney — Kevin Clinesmith — has been indicted, and only for a single county of lying to the Foreign Intelligence Surveillance Court (FISC). But we’ve known for years now that there are bigger fish — much higher-ranking officials who were pulling the strings (initially for Obama).

The Dec. 22 memo adds: “In a memorandum of May 23, 2019, I directed the heads of elements of the intelligence community, as defined in 50 U.S.C. 3003(4), and the heads of each department or agency that includes an element of the intelligence community, to assist the Attorney General in connection with that review, and authorized the Attorney General to declassify, downgrade, or direct the declassification or downgrading of information or intelligence that relates to his review. In addition, the Attorney General is authorized to use classified information as he deems necessary in connection with his review, including in a grand jury or other proceeding.”

It is clear now that one way or another, Trump is determined to expose — and hopefully see indicted —all of the key players involved in Russiagate who have, until now, been hidden from view behind layers of classified information.

Nothing is more frightening to the roaches in the deep state than sunlight.