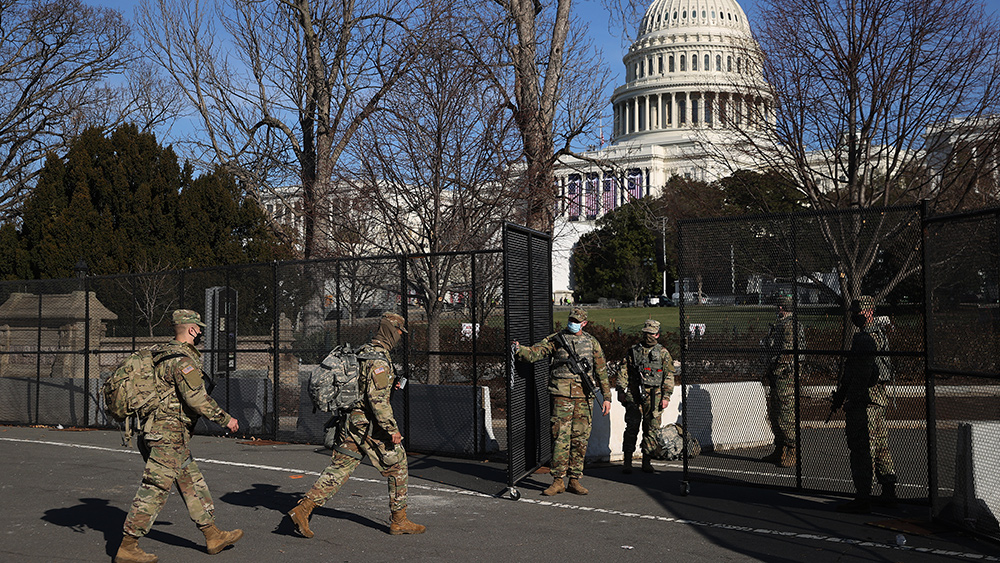 (Natural News) For weeks after the riot at the U.S. Capitol Jan. 6, Americans were fed a steady diet of the latest ‘big lie’ about President Donald Trump: That his speech someone how incited some of his supporters to launch an “insurrection” against the government.

Americans with at least a functioning brain stem knew from the outset that story never made much sense. President Trump’s supporters, even in the face of continued attacks, both verbal and physical, by Democrats, their Washington media, and left-wing anarchists with Antifa and BLM never sought to cause violence or destruction.

When Trump supporters met the occasion was certainly raucous, but they were filled with enthusiasm, positivity, excitement and, yes, love for the former president. Buildings weren’t torched; businesses weren’t damaged and looted; people with opposing views weren’t harmed or worse, killed. Trash was kept to a minimum. Trump supporters were respectful to each other, to others, to police, and to the rules.

Nevertheless, suddenly they turned into a riotous bunch the day Congress met to count electors, many from fraudulent elections that were stolen from Trump.

If it seemed like BS to you then, count your instincts as good; uncovered evidence proves that the ‘incitement’ narrative was the latest hoax perpetuated against our “America first” president.

The Washington Post reported a week after the riot that outgoing Capitol Police Chief Steve Sund made a very smart request in terms of security prior to Trump’s rally and Congress’ joint counting session:

Two days before Congress was set to formalize President-elect Joe Biden’s victory, Capitol Police Chief Steven Sund was growing increasingly worried about the size of the pro-Trump crowds expected to stream into Washington in protest.

To be on the safe side, Sund asked House and Senate security officials for permission to request that the D.C. National Guard be placed on standby in case he needed quick backup.

But, Sund said Sunday, they turned him down.

Why? It’s the National Guard, and their principle job is to help maintain domestic security.

‘The optics,’ Sund says he was told; too many officials in D.C. were worried about ‘the optics’ of having military on the streets of the nation’s capital even though intelligence indicated that the crowd coming for Trump’s speech was going to be far larger than anyone had thought (it was; and now Nancy Pelosi, the ‘mayor’ of the Capitol Complex, loves having the Guard — and a massive fence — around the grounds, doesn’t she?). (Related: Situation Update, Feb. 25th – Is FAKE Prez. Biden about to be exposed and removed?)

The “House and Senate security officials” the Post was talking about were the respective chambers’ sergeants-at-arms. At the time the House official was Paul Irving and he was the one who made the comment about the ‘optics’ of the military being on the grounds; Senate Sergeant at Arms Michael Stenger told Sund to ask his Guard contacts to have their forces “lean forward” and be on alert.

In a subsequent interview with Fox News’ Steve Hilton, Trump said his administration informed the Defense Department days ahead of the event that as many as 10,000 Guard troops should be called up and made ready to deploy because of the anticipated crowd size. He went on to say that it was his understanding the request was passed along to House and Senate leaders including Pelosi and then-Senate Majority Leader Mitch McConnell (R-Ky.).

“So, you know, that was a big mistake,” Trump told Hilton.

Republican leaders have since said there could be evidence that Democratic leaders were aware of what was about to happen but refused to act because they wanted the optics of an attack on the Capitol they could exploit for political gain — namely to go after Trump and his supporters.

Why does none of this surprise us?