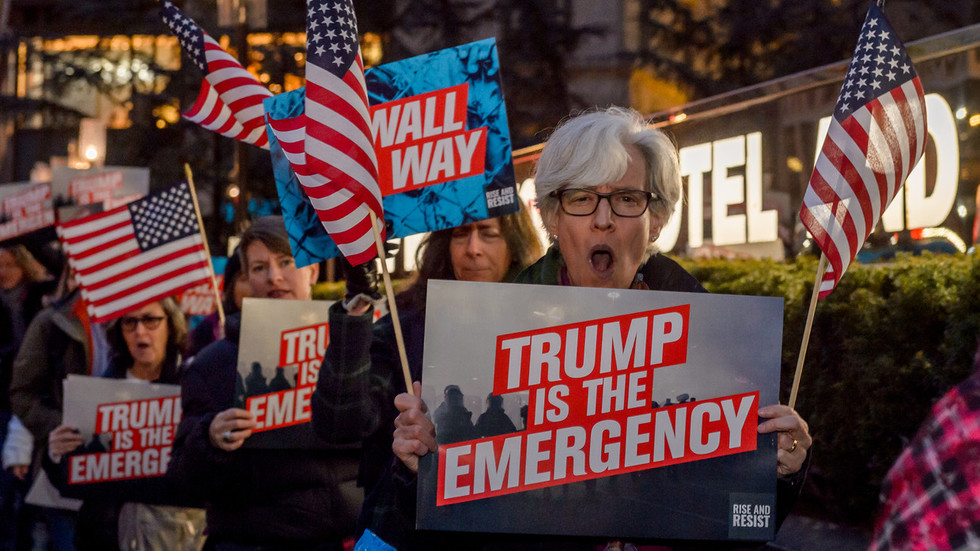 If anyone you know is suffering from symptoms below, offer emotional support now. 2020 may be too late. If in the presence of Alyssa Milano or CNN staff, don’t mention the word “collusion,” speak no Russian, don’t carry an orange.

The following scientific taxonomy simply identifies those afflicted with Trump Derangement Syndrome (TDS). Congress is currently investing in progressive research into a cure known as impeachment, but no permanent remedies are expected to be available for 18 months, at least.

TDS sufferers are not Democrat supporters in temporary political opposition, they are the Resistance.

The sufferer may be a multi-millionaire celebrity with views endorsed by nearly all of the media establishment. But they are in anguish. Do not be afraid to tell a TDS sufferer that they are one – they will readily agree with you, and blame Donald Trump for a wide range of symptoms.

On Presidents Day, I’d like to thank the Trump family for my awakening. It drove me to see a psychiatrist, unwrap my own personal injuries, write a book, and film a documentary on white privilege. I am awake because of this presidency, and I choose to stay that way.

If not at a personal disadvantage, the sufferer may appropriate pain of other victim groups.

I’m everything. And so are you, Kirk.

Don’t be afraid of what you don’t know or understand. No one wants to hurt you. We are all just looking for our happily ever after. https://t.co/znkQizV37k

Trump is #notmypresident and must not be “normalized.” Reality: Donald Trump has been the US president since January 2017, for over two years.

There is still good in Darth Vader, but Donald Trump has no redeeming qualities. On the other hand, anyone who has ever opposed him – from Stormy Daniels to John McCain – is a hero.

A FEW BOOKS ABOUT TRUMP

SEE WHERE I’M GOING WITH THIS? pic.twitter.com/Hn4mb8VJFW

Is this a routine government policy I disagree with, or IS IT THE WORST THING EVER?

You can't argue w/ Trump supporters. They'e racists, liars and hypocrites. Treat them as if they're wearing a swastika or white hood. The way to deal w/ them is to ban them from your home and social life, if possible. Don't do business with them, normalize or "tolerate" them.

For many children, school lunch is the only meal they eat all day. Trump’s budget would cut $1.7 billion from child nutrition and eliminate food assistance for millions—literally taking food out of kids’ mouths.

Bonus fact: Janna DeVylder did not live in the United States at the time of the 2016 election. Expats often suffer the wildest cases of TDS.

Mostly of leaving the country. Can be safely ignored.

2/ I'm seeing, on TV, a perceptible slide into some sort of resignation about a Paul Manafort pardon—even though it would be criminal Obstruction of Justice and one of the most obscene actions taken by any president in the history of the presidency. We *cannot* lie down on this.

Michael Cohen was a no-good liar for Trump, but against Trump he never lies. Insinuation, omission, unproven claims and outright fabrications, are ‘fake news’, unless they are about Trump, in which case they serve a purpose. Uncontrolled immigration is bad, but if Trump wants to stop it, let them all in. Peace talks with nuclear rogue states are good, but if Trump is leading them, they are worse than bomb tests.

The patient believes that the economy will collapse, lynchings will return, World War III will start, the Pope’s robes will alight with blinding fire. In fact, all these things might already be happening (see: Impaired judgement).