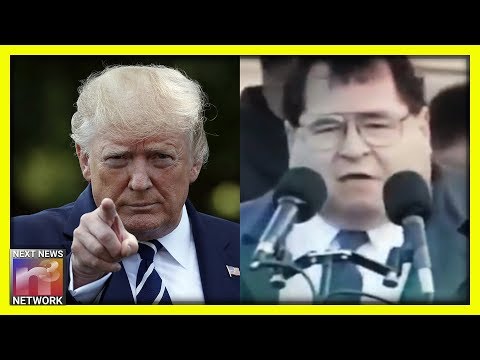 Team Trump has done it again.

As the Senate impeachment circus begins, a new video has been released to highlight Democrat Impeachment hypocrisy.

Trending Politics has this:

As the Senate gears up for the Senate impeachment trial for President Donald Trump, the President is punching back at Democrats, calling them out for their blatant hypocrisy.

“President Trump ushered in the first official week of the Senate impeachment trial by reminding the Democrats behind the whole “hoax” about their past impassioned comments on the process that clash glaringly with their current rhetoric,” the Daily Wire reported.

On Sunday evening, President Trump retweeted a video highlighting the hypocrisy from key Democratic leaders who are arguing for impeachment in 2020, but had a completely different tune just a couple of decades earlier.

The first Democrat leader who was featured in the video is far-left Rep. Jerry Nadler who has been a fierce advocate for impeaching the President. A younger and much fatter Nadler in the video is shown referring to former President Bill Clinton’s impeachment, stating that “an impeachment of a president is an undoing of a national election — and one of the reasons we are so angry about what [the Republicans] are doing is they … are ripping asunder our votes, they are telling us our votes don’t count!”

Rep. Maxine Waters is up next. Waters has been calling for President Trump’s impeachment since before he even stepped in office. In the video, Waters accuses Republicans of impeaching Clinton because of their “hate” adding, “You go out there and do the people’s work, and I’ll take care of you later!”

The video then highlights the extreme hypocrisy from far-left Speaker of the House Nancy Pelosi who says, “Today the Republican majority is not judging the president with fairness, but impeaching him with a vengeance.” Sounds a lot like what Republicans are saying in 2020. Pelosi continues, “In the investigation of the president, fundamental principles which Americans hold dear — privacy, fairness, checks and balances — have been seriously violated. And why? Because we are here today because Republicans in the House are paralyzed with hatred…”

Then-Senator Joe Biden was even featured in the video, saying that “the President of the United States does not serve at the pleasure of the legislature … He is elected directly by the people of the United States of America, and an election of a president is the only nation-wide vote the American people will ever cast — that’s a big deal.”

We’ve documented some of those Clinton impeachment hypocrites as well.

How is it that an entire nation, minus a few brainwashed libs, sees this witch hunt for what it really is and the Dems keep firing?