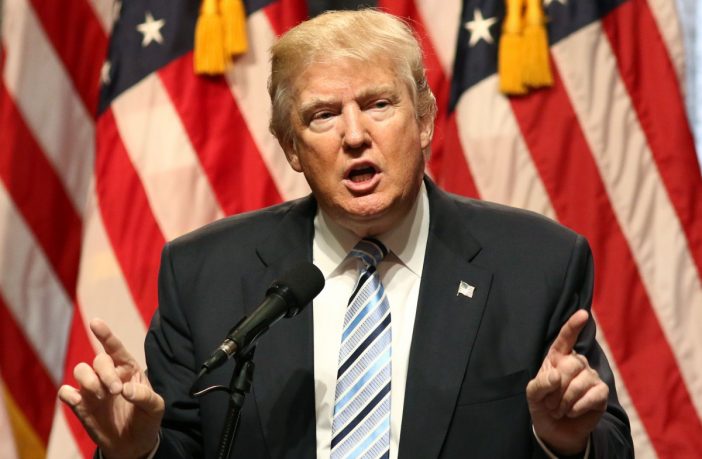 President Donald Trump recently sat down for an interview with The Sun.

Please allow our friends at Front14 summarize some of what he said:

U.S. President Donald Trump has warned that Europe is “losing its culture” because of immigration, arguing that bringing in more than a million migrants from alien cultures has “changed the fabric of Europe” permanently – and “not in a positive way”.

In a recent interview with the British tabloid The Sun, Trump lamented the fact that European leaders have allowed so many migrants into their countries.

Trump, as the son of parents from two EU countries, says that the situation in Europe pains him personally.

“I have great love for countries in Europe. Don’t forget, essentially I’m a product of the European Union, between Scotland and Germany. Right? My father Germany, my mother Scotland.”

“I think what has happened to Europe is a shame. Allowing the immigration to take place in Europe is a shame. I think it changed the fabric of Europe and, unless you act very quickly, it’s never going to be what it was and I don’t mean that in a positive way. I think you are losing your culture,” the U.S. President said.

During the interview, Trump also slammed far-left London Mayor Sidiq Khan for doing a “very bad job on terrorism” and failing to stop “all of the horrible things going on” in the city, including rampant knife crime.

The U.S. President and the London Mayor have had their fair share of less than friendly exchanges over social media. Last summer, Trump called Mayor Khan a national disgrace who’s destroying the UK’s capital.

Has America lost its culture as well?

That depends on who you ask, but President Trump has certainly seemed to resurrect a lot of lost patriotism and national pride.

You can see evidence of that in the numbers that show up, and WHO shows up, at his rallies.

But there are many detractors.

Those detractors hate the America that most of us love.

They will do anything they can to stand against that America.

Still Trump continues to do anything he can to complete the wall he promised.

One look at the things happening in Khan’s London should make any American beg for The Wall’s completion.

Trump is in firm support of recent (BREXIT) developments in The UK and looks toward a new relationship with one of our most trusted allies.

Has migration really been bad for Europe?

Trump is simply trying to stop the same level of destruction from befalling upon the country we all love.

For wanting a better America, the violent & radical left wants him gone.