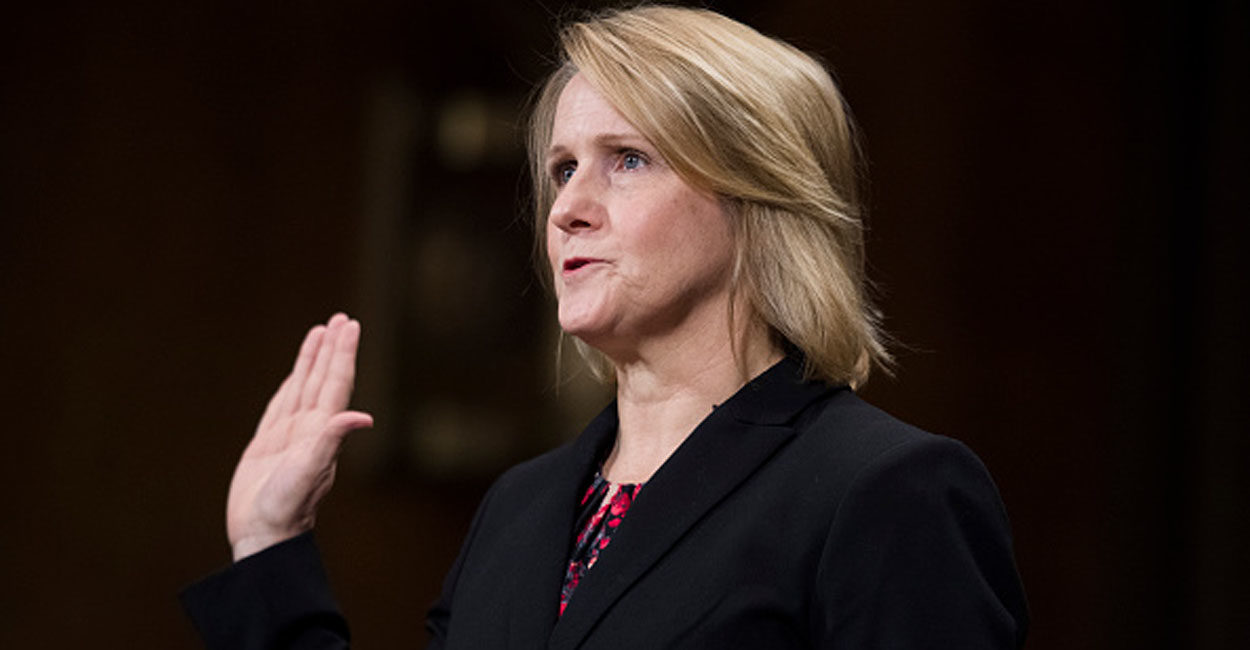 President Donald Trump is moving to make over the liberal 9th U.S. Circuit Court of Appeals, which has delivered some of the most stinging judicial setbacks to his agenda.

“We’re very happy to have these extraordinary nominees,” Carrie Severino, chief counsel for the Judicial Crisis Network, told The Daily Signal. “It doesn’t change the [9th Circuit] majority to Republican nominees. But when we are talking about future three-judge panels, the odds are a lot better.”

Senate Judiciary Chairman Lindsey Graham, R-S.C., will oversee the confirmation process for the nominees and said he hopes for bipartisanship.

“I’m very supportive of the nominees submitted by President Trump to serve on the 9th Circuit Court of Appeals,” Graham said in a prepared statement.

“These are highly qualified nominees and I am hopeful they will receive wide bipartisan support,” Graham said. “These nominations continue a trend by the Trump administration of selecting highly qualified men and women to serve on the federal bench.”

For the 9th Circuit, Trump announced his intent Wednesday to nominate Daniel A. Bress, 39, a lawyer with the firm of Kirkland & Ellis LLP; Daniel P. Collins, a former associate deputy U.S. attorney general who now is in private practice; and Kenneth Kiyul Lee, 44, a former associate counsel to President George W. Bush, also now in private practice. All three men are from California.

Trump nominated last year, and this month renominated, Federal Magistrate Judge Bridget S. Bade, 53, of Arizona, and Eric D. Miller, 44, of Washington state, a partner in the law firm of Perkins Coie who works in its Seattle office.

But on Wednesday, Trump instead nominated Bumatay as a judge on a lower court, the U.S. District Court for the Southern District of California.

The 9th Circuit has six vacancies—three in California and one each in Arizona, Oregon, and Washington. Filling these vacancies would bring the balance to 13 judges appointed by Republican presidents and 16 appointed by Democratic presidents.

The liberal 9th Circuit—sometimes called the “9th Circus” by conservatives—is among the appeals courts whose decisions are most overturned by the Supreme Court. However, some contend the court has become more moderate in recent years.

In November, Trump bashed the appeals court, which was set to be the next court to hear a case on an administration immigration policy.

“It’s a disgrace what happens in the 9th Circuit,” Trump said in November, adding: “Every case [opposing administration policy] gets filed in the 9th Circuit. We get beaten, and then we end up having to go to the Supreme Court. Like the travel ban that we won. The 9th Circuit, we are going to have to look at that.”

Because it is the largest circuit court in the United States, some lawmakers have sought to break up the 9th Circuit into smaller circuits. But this would take an act of Congress.

“It is no coincidence that litigants run to the 9th Circuit to challenge the president’s actions, where activist judges are more likely to apply a different standard of law,” Severino told The Daily Signal.

Trump’s nominees won’t change the composition of the court, since most of the vacancies on the court are a result of retiring Republican appointees, said Elizabeth Slattery, a legal fellow at The Heritage Foundation. But filling the vacancies is a positive step for Trump, she said.

“As there are more vacancies on the 9th Circuit, the Trump administration will have more chances to put conservative jurists in place of liberal judicial activism that we have seen for decades,” Slattery told The Daily Signal. “It is the largest by far of all the circuit courts. There have been efforts to break it up, which judges have resisted.”

“We made clear our opposition to these individuals and told the White House we wanted to work together to come to consensus on a new package of nominees,” the two California Democrats said in a formal statement, adding:

The Wall Street Journal’s editorial board raised questions earlier this week about whether Trump was pulling his punches on nominees to the 9th Circuit by deferring to Feinstein and Harris. The Journal noted the two senators were in close contact with the new White House counsel, Pat Cipollone, and wrote:

Ms. Feinstein and Ms. Harris requested ‘that the White House work with us to reach an agreement on a consensus package of nominees.’ The Democrats want to pick one name from the White House list, one from their own, and a third consensus nominee. …

The hope seems to be that a White House concession would somehow produce less resistance to Mr. Trump’s nominees. And this would be useful if the president gets the chance to replace, say, Justice Ruth Bader Ginsburg on the Supreme Court. It’s hard to believe someone could think this is plausible. …

A concession to them now on nominees would rightly be seen as political weakness. It would concede influence that neither senator has earned and set a precedent for other Democrats who would demand similar consideration.

After reaction from several conservatives to the Journal editorial, the White House announced Trump’s intent to nominate the three men who weren’t previously judges to the 9th Circuit. Many expressed concern that the president’s staff, namely Cipollone, was working too closely with Democrats.

However, after the White House announced the nominations, the Republican National Lawyers Association applauded in a blog post.

“This was the first major test of new White House Counsel Pat Cipollone and he has passed with flying colors,” the GOP group said.