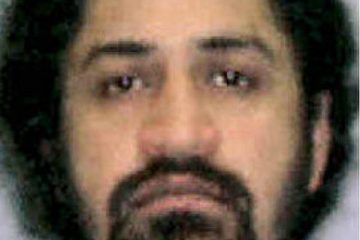 “There’s only two ways to lose your citizenship: one is when a person voluntarily gives it up and two is when there’s some fraud or illegality in its procurement…”

“The government’s key argument was that by linking up with al-Qaida between 2000 and 2003, Faris raised doubt that he was sincere when he pledged allegiance to the U.S. as part of his naturalization process in 1999.”

Iyman Faris pledged allegiance to the United States of America, but in reality, he was a citizen of the global umma.

Islam in all its forms teaches that one’s identity as a Muslim is paramount, superseding all other allegiances, including nationality.

John Walker Lindh is also a citizen of the global umma, and some legal provision needs to be made for American citizens who make such choices.

There used to be a charge known as “treason,” with which he was never charged.

But he was waging jihad warfare for the Taliban against United States forces when he was apprehended.

If that isn’t treason, what is?

John Walker Lindh walked out of prison last month and returned to American life, having served 17 years for providing support to the Taliban.

But another American who pleaded guilty in a high-profile terrorism case after the Sept. 11 attacks is facing a tougher path to freedom.

Like Lindh, Iyman Faris received a 20-year sentence at a time when the country was still on edge about further terror attacks. And the Ohio-based trucker admitted to involvement in a plot that sounded like al-Qaida’s most spectacular since 9/11 — an attempt to bring down the Brooklyn Bridge by using gas torches to cut the cables holding it up.

Faris, however, was not born in the United States, and the Trump administration has a controversial plan for him as he’s about to be released: strip him of his U.S. citizenship and kick him out of the country. Or perhaps keep him behind bars indefinitely.

Critics say the current move to revoke the al-Qaida sleeper agent’s American citizenship highlights the limited progress the U.S. has made in the past two decades in prison-based deradicalization efforts. They also say it could create a dangerous new front in how the legal system treats U.S. citizens convicted of terrorism offenses.

“It’s part and parcel of the rest of the immigration policy which is just to demonize people from other countries,” said Joshua Dratel, a Manhattan defense attorney. “It’s an aggressive move.”

In the absence of a life sentence or capital punishment, native-born Americans like Lindh seem all but certain to walk the streets in the U.S. again after serving their sentences, even if they’re unrepentant. But naturalized citizens like the Pakistani-born Faris are at risk of being deported over their allegiance to al-Qaida.

“The Supreme Court has said there’s no excommunication when it comes to citizenship,” said Case Western Reserve University law professor Andra Robertson. “There’s only two ways to lose your citizenship: one is when a person voluntarily gives it up and two is when there’s some fraud or illegality in its procurement … If you’re a native-born citizen, obviously you didn’t commit fraud to get your citizenship, so only a naturalized citizen can lose their citizenship involuntarily.”

Just one day after Lindh was released from a federal prison in California last month, Justice Department lawyers filed a motion with a federal judge in Illinois, urging her to void Faris’ U.S. citizenship. The government’s key argument was that by linking up with al-Qaida between 2000 and 2003, Faris raised doubt that he was sincere when he pledged allegiance to the U.S. as part of his naturalization process in 1999….