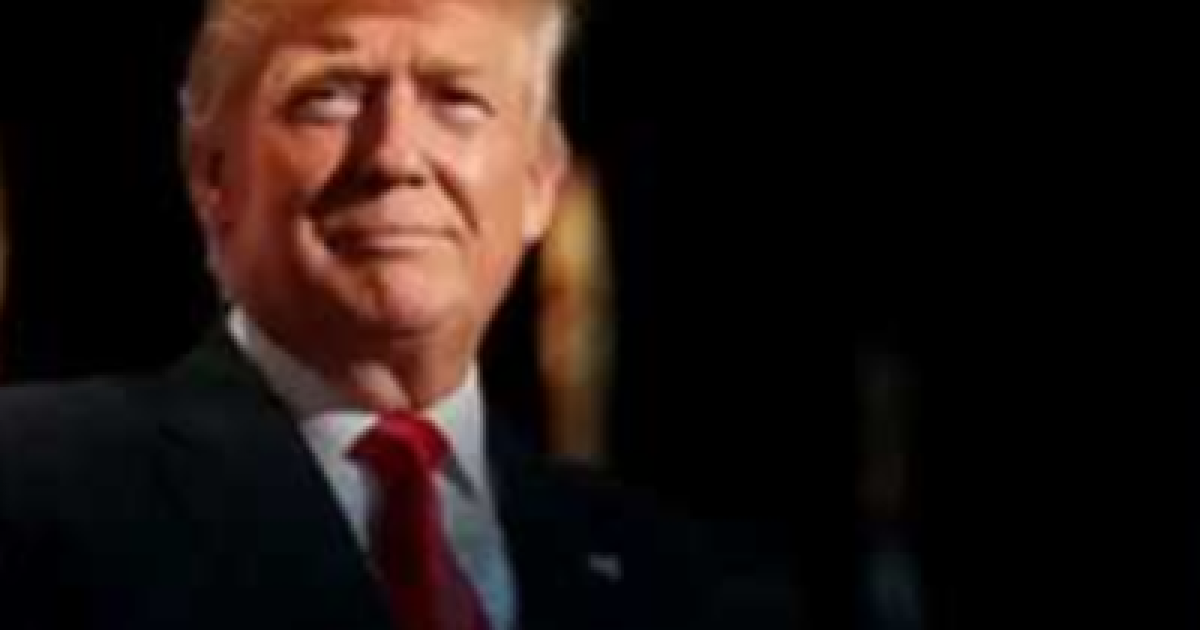 On Wednesday, I reported that the Trump administration had claimed that it would possibly cave on the new spending bill that Congress was prepared to send him without border wall funding and that he would look to get the funding another way a piece at a time. On Thursday, Trump met with GOP representatives and said he would not sign the bill that he got from the Senate because it did not have border wall funding in it.

If you ask me, that’s a good thing. It appears at this moment, the president is going to stand his ground.

The Senate has approved a bill to keep the government running through Feb. 8. But it was unclear Thursday morning whether the House would pass it — or if Trump would sign it — ahead of the midnight Friday deadline to keep the government running. Some GOP members pushed for changes to the legislation, such as Trump’s desired $5 billion to fund his border wall or more disaster relief money.

Trump “does not want to go further without border security, which includes steel slats or a wall,” Sanders said. Trump started to make “steel slats” synonymous with a “wall” Thursday morning, though he has previously promised his supporters to “build a wall” and make Mexico pay for it.

The President took to his bullhorn at Twitter and tweeted, “The Democrats, who know Steel Slats (Wall) are necessary for Border Security, are putting politics over Country. What they are just beginning to realize is that I will not sign any of their legislation, including infrastructure, unless it has perfect Border Security. U.S.A. WINS!”

He doesn’t just think a wall is needed and that is the solution. He added praised for border patrol agents.

“With so much talk about the Wall, people are losing sight of the great job being done on our Southern Border by Border Patrol, ICE and our great Military. Remember the Caravans? Well, they didn’t get through and none are forming or on their way. Border is tight. Fake News silent!” Trump tweeted.

Trump also took time to tweet out that he succumbed to an omnibus bill for what he referred to at the time “national security” reasons, which he said he would never do again, and added that the bill he is supposed to be receiving from Congress was promised to include border wall funding.

“When I begrudgingly signed the Omnibus Bill, I was promised the Wall and Border Security by leadership. Would be done by end of year (NOW). It didn’t happen! We foolishly fight for Border Security for other countries – but not for our beloved U.S.A. Not good!” he tweeted.

On all of this I agree, and he should stand by his promise not to sign another of these bills without it.

What was once a deal to avoid a Christmas partial shutdown was torpedoed Thursday by conservatives and Trump, who unleashed fury at another agreement that stops short of providing the $5 billion the President has demanded for the border.

It was a closing burst of wrath in the final days of the Republican-majority House. If Trump cannot secure the money he is demanding for the wall now, it’s unlikely he will see a spending bill that meets his requirement for at least two years as Democrats assume control.

The uncertainty sent lawmakers scrambling to devise a solution that could keep funds flowing to some government agencies after Friday’s deadline. It’s not clear if there are enough votes in the House for a bill that would include the $5 billion in border wall funding; in the Senate, where any measure will require 60 votes to clear procedural hurdles, there are almost certainly not enough votes.

Granted, there was talk that something might go over and a government shutdown would be avoided, but perhaps, must maybe, Trump has let the opposition and the opposition in his own party think that so they could rest easy and then tell them no, making them sweat it out with it being so near Christmas, applying the pressure to Congress on both sides at this time of year.

He’s absolutely right about America unconstitutionally spending money to protect other countries’ borders while not doing a better job with our own. That omnibus bill he signed, protected several countries’ borders.

I, for one, am happy to see this seemingly turn of events, but we’ll see how it all plays out. However, this is one of his major political promises. If he doesn’t secure the funding now, he probably won’t secure it with Democrats in the new Congress.