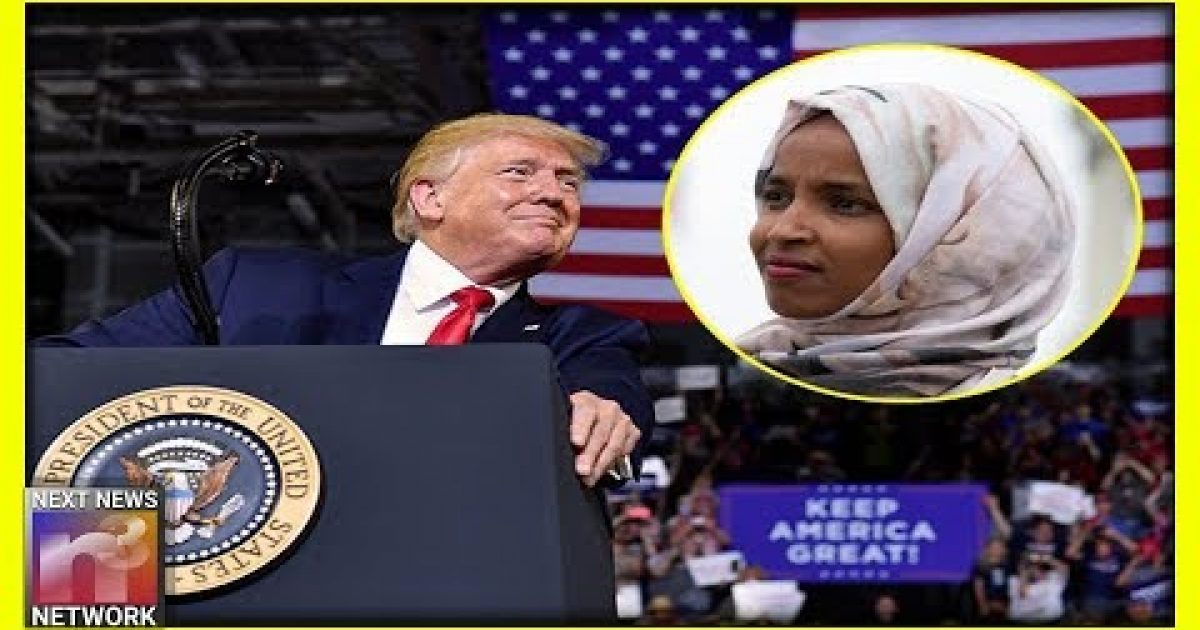 It’s great to have a President who has the courage to tell it like it is.

Ilhan Omar is surrounded by legitimate questions about her marriage, her taxes, her antisemitism and her hatred of America.

President Trump has not minced words recently when talking about Omar.

Here’s the latest from Gary Franchi and Next News Network:

President Trump went there on Friday and called out Minnesota Rep. Ilhan Omar (D) for her shady marriage to her brother.

“I’m looking at this Omar from Minnesota. And if one half of the things they’re saying about her are true she shouldn’t even be in office,” Trump said to reporters on the South Lawn of the White House.

President Trump: "I'm looking at this Omar from Minnesota. And if one half of the things they're saying about her are true she shouldn't even be in office." https://t.co/BHwZzgXp1E pic.twitter.com/hHeBAX0lqD

Ilhan Omar fired back at Trump later Friday morning with a very immature response, once again evading questions about her marriage to her brother.

If one-tenth of what they say about you is true, you shouldn’t be in office… next 💁🏽‍♀️ https://t.co/zI9T9nyZ6I

Omar refuses to satisfactorily answer questions about her marriage to a man who appears to be her own brother.

There is overwhelming evidence that Ilhan Omar married her own brother to defraud US immigration.

Not only did she reportedly defraud US immigration, Omar may have also filed fraudulent state and federal tax returns.

In a 2017, Rep. Omar swore under penalty of perjury while divorcing her husband (brother?) that she hadn’t seen Ahmed N. Elmi since 2011 and didn’t know anyone who could help her contact him.

Hidden code on a website however shows that Ahmed E. Elmi may have actually designed and set up a website for Ilhan Omar’s sister THIS YEAR and is living in Nairobi, Kenya, the same city Omar’s sister, Sahra Noor lives and works in.

But Ilhan Omar swore her most recent contact with Elmi was back in June of 2011 in London and that she had no idea what he did for employment.

It’s important to note that Minnesota is seemingly done with Ilhan Omar.

Democrats have rallied and are looking to primary her and the largest newspaper in the state is now against her.

Omar making it back for a 2nd term would take an extremely bizarre turn of events.

We won’t miss her on a nationwide scale.

Send her back to her district and let her haunt the people that elected her for awhile. 😉

Seriously, I mean her constituents no harm but what were they thinking when they elected her?