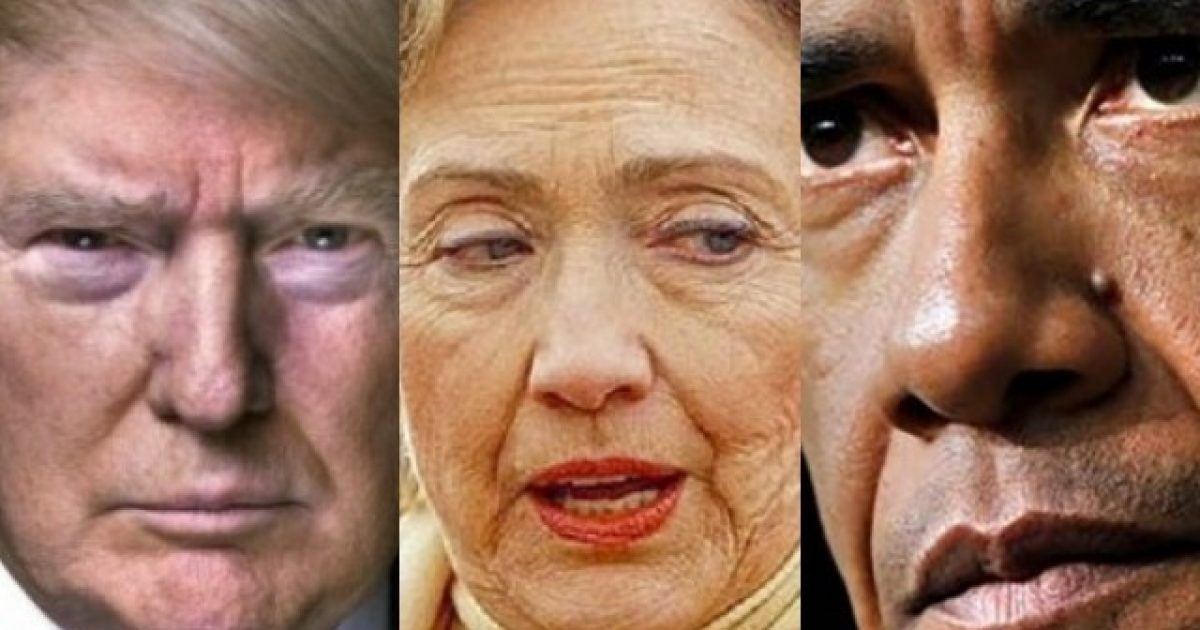 Trump Calls For Investigations Into Obama Book Deal, Clinton Financial Records: ‘Subpoena ALL Of Them’

On Saturday, President Donald Trump turned the tables on Democrats and demanded investigations into several deals and arrangements involving former President Barack Obama and two-time failed presidential contender Hillary Clinton as the Donkey Party prepares to move on from the nothing burger ‘Russiagate’ probe to focus on Trump’s financial empire.

“They want to investigate, they want to go fishing and I watched Bob Mueller and they have nothing,” the president told reporters in the Oval Office on July 26.

“They could look into the book deal that President Obama made. Let’s subpoena all of his records,” POTUS can be seen saying in a video clip shared by Turning Point USA official Benny Johnson.

“Let’s subpoena all of the records having to do with Hillary Clinton and all of the nonsense that went on with Clinton and her foundation and everything else,” the president continued.

– Subpoena all of Obama's records.
– Subpoena all of the records having to do with Hillary Clinton.
– Subpoena the Clinton Foundation.
– Look into the book deal that President Obama made.
– GOP will hold House, Senate & White House. pic.twitter.com/blRLP1k6fI

According to Publisher’s Weekly, the reported $65 million book deal that Obama and his wife, Michelle Obama, signed in 2017 included few publicly released details — typical for the former first couple and certainly typical for the 44th president’s administration, which he once promised would be the ‘most transparent’ in history

While Michelle Obama’s memoir was released in late 2018, Barack Obama’s book has been pushed back to 2020.

Last month, POTUS said that Obama “certainly must have known” that intelligence agencies were spying on his campaign.

“But you’re going to find that out. I’m not going to make that statement quite yet. But I would say that President Obama had to know about it,” Trump added.

He was later asked, “Do you believe that President Obama spied on your campaign?”

“I don’t know. But hopefully we’re going to find out,” Trump responded.

In May, a special federal prosecutor from Utah, John Huber, was said to be close to wrapping up an investigation into Clinton.

On Friday, Trump spoke about the testimony of former special counsel Robert Mueller and a report that House Judiciary Committee chairman Jerrold Nadler (D-NY) was planning to use his committee to sue to enforce a subpoena against former White House counsel Don McGahn, who the president made available for some 30 hours of testimony before Mueller’s team.

“What they’re doing is a disgrace,” Trump said. “So destructive to our country, and I think that’s why we’re going to take back the House.”

It’s not clear that a single committee in Congress has the authority or standing to sue on behalf of the entire House and/or Legislative Branch, but given the Left’s success in court against his president, nothing is certain.