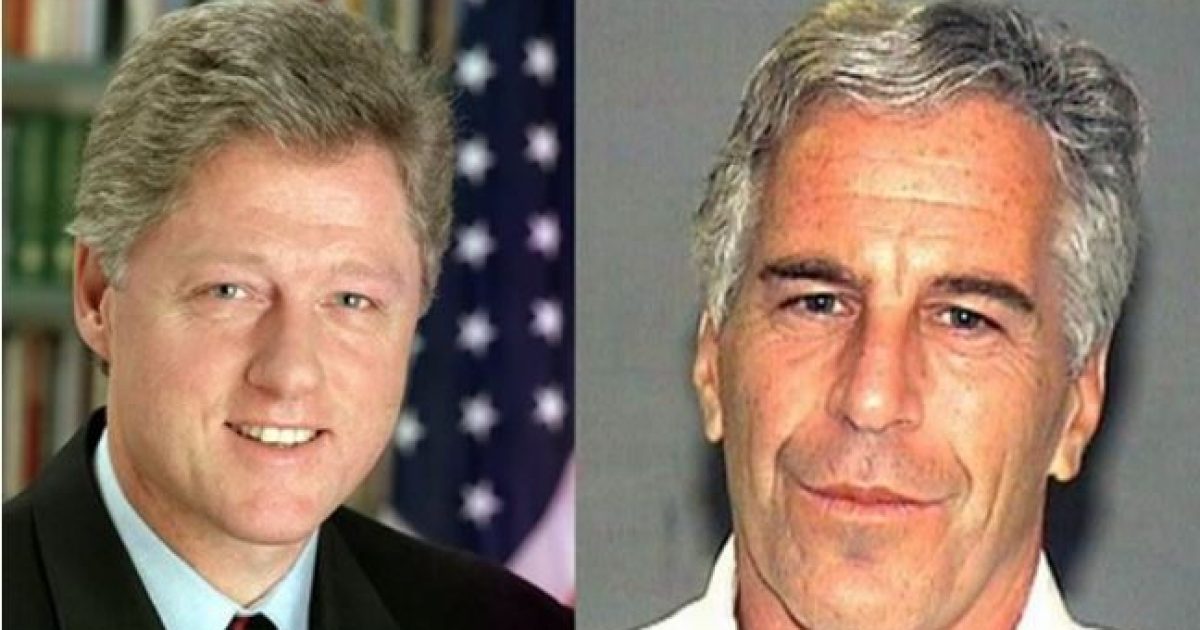 A full investigation is underway following the suspicious death of Jeffrey Epstein.

So many controversial situations including cameras that weren’t working, the guards not checking every 15 minutes as required, the info that Epstein was NOT on suicide watch which some top officials call mind-boggling and outrageous and the list goes on.

Very suspicious to put it mildly.

President Donald Trump is calling for a thorough investigation and has eluded to the possibility that former President Bill Clinton had something to do with it.

Those are the words coming from Counselor to the President Kellyanne Conway as she appeared on Fox News Sunday, Carmine Sabia at The Federalist Papers reports.

Host Bill Hemmer, who took the place of Chris Wallace, asked her about the two retweets the president made that insinuated that the former president had something to do with Epstein’s death.

“I think the president just wants everything to be investigated,” she said. “There was some unsealed information implicating some people very high up.”

“I will say, Bill, that there’s always this rush to ‘we need transparency, we need accountability,’ when it involves fictional accusations like collusion with Russia to swing an election,” she said.

“This seems to be very concrete in that Jeffrey Epstein has done some very bad things over a number of years,” she said.

Hemmer continued to hammer Conway on the retweets saying that it was “clear what he was trying to say” about former President Clinton.

“I think the president just wants everything to be investigated,” she said. “But you do hear different people asking questions and they want to know who else was involved in Epstein’s crimes or even just, um, activities.”

As we reported earlier, a former inmate at the Metropolitan Correction Center in lower Manhattan, where billionaire sex trafficker Jeffrey Epstein was found unresponsive before later being pronounced dead on Friday, says there is “no way” that he could have committed suicide because the facility is too well-guarded and monitored.

“There’s no way that man could have killed himself. I’ve done too much time in those units. It’s an impossibility,” the former inmate, who spoke to Brad Hamilton and Bruce Golding at the New York Post on condition of anonymity, said.

He had been on suicide watch there, presumably without access to a belt or shoelaces and closely monitored by guards, as is standard protocol, but was taken off the list sometime before Saturday, when he was found curled up and unresponsive.

One report said the watch was removed as recently as Thursday, but others claimed it had been in place only for about a week after the July 23 incident that left Epstein with bruises on his neck.

Jail spokesman Lee Plourde would not discuss when the watch status was removed or why, a step that would require a face-to-face evaluation and written justification, according to Bureau of Prisons policy.

“Between the floor and the ceiling is like eight or nine feet. There’s no way for you to connect to anything,” a former inmate said.

“You have sheets, but they’re paper level, not strong enough. He was 200 pounds — it would never happen,” the inmate said.

“When you’re on suicide watch, they put you in this white smock, a straight jacket. They know a person cannot be injurious to themselves,” he added. “The clothing they give you is a jump-in uniform. Everything is a dark brown color.”

The former inmate also said it would have been impossible for Epstein to have used the bed in his cell because it is bolted to the floor. Also, there are no light fixtures in cells and no bars to hang from.

“They don’t give you enough in there that could successfully create an instrument of death. You want to write a letter, they give you rubber pens and maybe once a week a piece of paper,” the inmate continued.

“Nothing hard or made of metal,” he added, noting that an officer is “at the door” of the cell “every nine minutes” or so to check on prisoners.

He went onto describe the facility as a horrific place were many guards are on “a power trip.”

“It’s my firm belief that Jeffrey Epstein did not commit suicide. It just didn’t happen,” the inmate said to end his op ed.

He joins a long list of people including former New York City Mayor Rudy Giuliani, New York Rep. Alexandria Ocasio-Cortez and even President Donald Trump who do not appear to believe Epstein killed himself.

“What does the word suicide mean in the phrase suicide WATCH?” Giuliani, who is an attorney for President Trump, said.

“Who was watching? Did they fall asleep? Did the camera malfunction? Was there camera surveillance?” he said.

“Who was he about to implicate? This is very questionable. Committing suicide on suicide watch doesn’t happen.”

But for some reason, Epstein was taken off of suicide watch.

Who is responsible for making that decision?

There are a hell of a lot of questions that need to be answered.

Let us know what you think in the comments below!

More of the latest on Epstein: