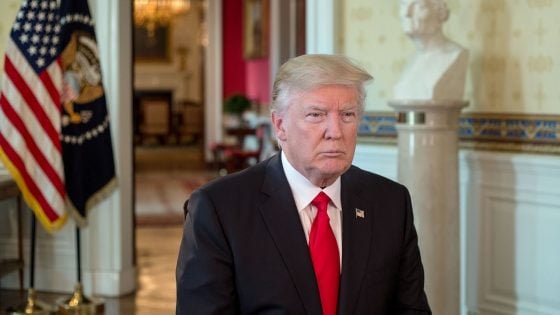 This article was contributed by Future Money Trends.

What we’re about to discuss should not shock anyone: The United States of America stands at a crossroads. In the past, when such trying times occurred, the binding glue that propelled the country forward was cherishing the freedom, liberty, and pursuit of happiness set forth in the Constitution and Bill of Rights. The country also united under charismatic and optimistic leaders that had magnetic personalities, such as Abe Lincoln, JFK, and Theodore Roosevelt.

Today, the situation is much more complex. No one thinks that Joe Biden (not even those who voted for him) is a one-of-a-kind political magician who will rally the country after him. He doesn’t possess the personal charm of Kennedy or the oral talents of FDR. When in crisis, the country usually elects a born leader, a person deemed to have extraordinary qualities, but the Democrats did not produce such a person.

This isn’t a political opinion; it’s a reality that few would argue, if any.

The mission of the Democrats was simply to ensure that Donald Trump doesn’t stay in office for four more years and to gain a majority in the Senate. Most would argue that until the coronavirus showed up, Trump was quite popular with many who ended up voting for Biden (swinging away from him).

There was growing discontent with the government ever since the 2008 bailouts for Wall Street and it only intensified in the years that followed, culminating in a complete lack of trust in elected officials by a growing number of people. This is not an American phenomenon, but a global one. We’ve seen civil unrest in a great many countries.

Democracy only functions when the minority feels that the majority won’t abuse its power. The minority (according to the certification of Joe Biden), which are the Republicans and Trump’s supporters, do not buy into this. They refuse to go along with the status quo, protesting the lack of real investigation into voter fraud allegations and election irregularities. They’re also concerned about the following: reckless spending, higher taxes, Radical Left ideas, socialism, open borders, restriction of free speech, too much government, and pro-China policies, among other things.

They protest censorship of free speech, double standards in reporting of rioting, assault on their rights, and show their hatred of the Radical Left, by taking a stand.

On the flip side, Trump haters are celebrating and can’t wait to see him gone. They couldn’t stand what he stood for since he attacked the establishment.

This is, of course, an overly-simplified explanation of the forces at play. What really matters is that it seems like the left and right are growing further apart, with fewer people in the middle, less and less of them wanting to compromise and to settle on ideological matters.

In other words, remaining neutral is becoming harder since the two agendas are so far apart that staying in the center shows a lack of courage to follow one’s heart.

No one can simultaneously like and hate that Twitter banned President Trump. One can either see it as a violent act of censorship, which could be even construed as inciting violence (since Twitter is backing Trump’s supporters into a corner), or as justified since Twitter is acting responsibly – you’re either here or there.

Future Money Trends believes that Trump will never concede, nor will many millions of his voters. This is not a small movement, nor a weak one; their votes will likely form a large third party in the 2024 elections.

The United States is one of the only Western countries with only two big parties. We tend to think that the various factions within the population are not represented by the two main parties and that we’ll see the rise of a pretty large new party led by Trump or other politicians who share his views.

It’s a big prediction, but it’s certainly where the country is already heading.

A person working in one of the tech companies and living in San Francisco, Seattle, or New York City has little in common with a person from the rust belt or the heartland.

The fabric of society is definitely falling apart and what we’re afraid of is that politicians will resort to an age-old tradition in Washington, which is to find a “new” enemy, a common foreign enemy, to rally the people against.

Watch this narrative and be ready to call it out!