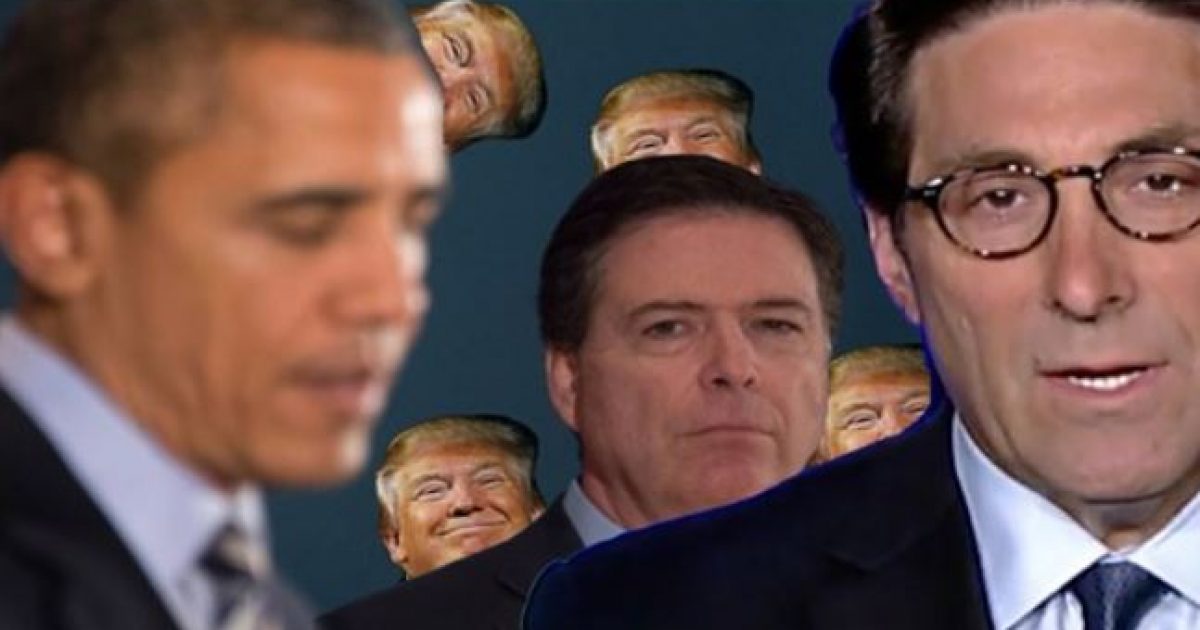 By HJIC at Illicit Info OPINION

(Real Clear Investigations) Two U.S. officials briefed on the inspector general’s investigation of possible FBI misconduct said Comey was essentially “running a covert operation against” the president, starting with a private “defensive briefing” he gave Trump just weeks before his inauguration. They said Horowitz has examined high-level FBI text messages and other communications indicating Comey was actually conducting a “counterintelligence assessment” of Trump during that January 2017 meeting in New York.

In addition to adding notes of his meetings and phone calls with Trump to the official FBI case file, Comey had an agent inside the White House who reported back to FBI headquarters about Trump and his aides, according to other officials familiar with the matter.

Speculation, Analysis, And Opinion From Our Elder P – Investigative journalist Paul Sperry was confident enough in his sources to run with that allegation on July 22, 2019.

A short time after Sperry’s article ran, Jordan Sekulow, the brother of President Trump’s attorney Jay Sekulow, confirmed that they were investigating that allegation when he announced that their organization, the ACLJ (American Center for Law and Justice) had filed a FOIA request to expose “this unprecedented spying, bias, and corruption.”

At the same time Comey was personally scrutinizing the president during meetings in the White House and phone conversations from the FBI, he had an agent inside the White House working on the Russia investigation, where he reported back to FBI headquarters about Trump and his aides, according to officials familiar with the matter.

The agent, Anthony Ferrante, who specialized in cyber crime, left the White House around the same time Comey was fired and soon joined a security consulting firm, where he contracted with BuzzFeed to lead the news site’s efforts to verify the Steele dossier, in connection with a defamation lawsuit.

Knowledgeable sources inside the Trump White House say Comey carved out an extraordinary new position for Ferrante, which allowed him to remain on reserve status at the FBI while working in the White House as a cybersecurity adviser.

“In an unprecedented action, Comey created a new FBI reserve position for Ferrante, enabling him to have an ongoing relationship with the agency, retaining his clearances and enabling him to come back in [to bureau headquarters],” said a former National Security Council official who requested anonymity.

After Ferrante left the White House, to run the Buzzfeed-fake dossier operation, he was replaced by another FBI plant, Jordan Rae Kelly.

The ACLJ had made broad FOIA requests to the FBIand DOJ including:

-emails, memorandums, briefs, electronic messages, etc., pertaining Ferrante’s time within the White House and afterwards, as well as all records pertaining to Ferrante’s spying that are connected to:

Yesterday, President Trump’s attorney, Jay Sekulow, dropped the atomic sledgehammer on James Comey and the Deep State, with this tweet:

Did Comey's FBI collude with Clinton's lawyers to circumvent federal law? We have the documents that tell the story. https://t.co/2cR4K08dgY

“We have the documents that tell the story.”

That certainly seems to confirm Sperry’s allegations.Coupled with the new transparency in government initiative that was leaked last week, along with President Trump’s previous demand for declassification of documents proving the Deep State’s conspiracy against him, and the fact that there’s an election in 14 months, all points to this being one helluva year for American patriots.