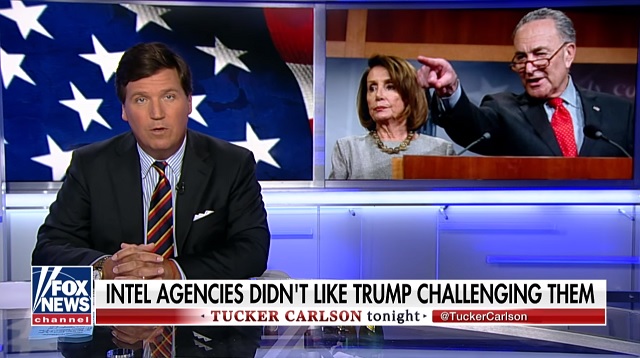 Fox News host Tucker Carlson said Thursday night that the real story behind the CIA whistleblower scandal is America’s intelligence agencies working to “punish” President Trump for the “crime” of refusing to bow before them.

Carlson highlighted multiple “former” intelligence agents as well as Senator Chuck Schumer openly threatening President Trump “on live television” by saying the “intelligence community” may seek revenge against him for criticizing them.Tucker went on to lay out the CIA’s long track record of failure and reported on how Democrat Adam Schiff deceived the public by claiming he had no contact with the CIA whistleblower before his complaint came out.