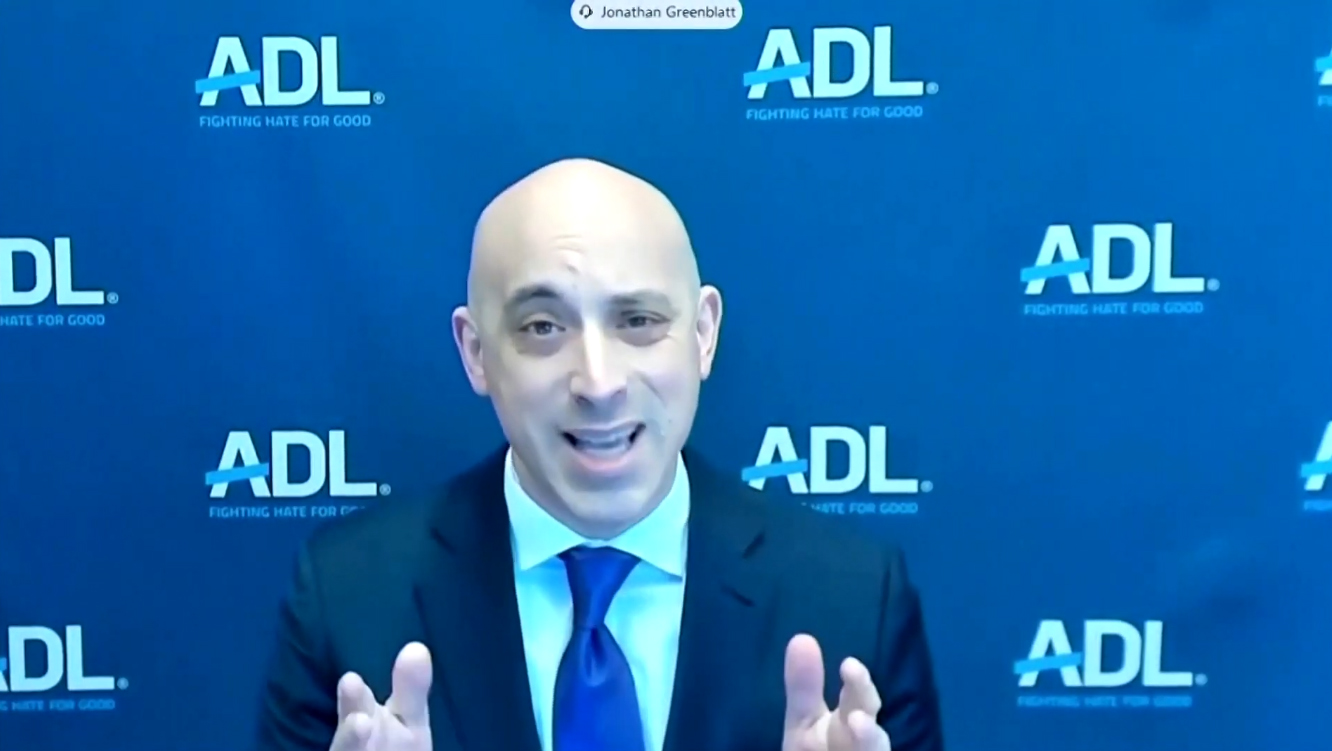 Anti-Defamation League CEO Jonathan Greenblatt on Friday declared that Tucker Carlson “must go” for daring to calmly discuss how Democrats importing voters dilutes the voting power of current American citizens and is a form of disenfranchisement.

“‘Replacement theory’ is a white supremacist tenet that the white race is in danger by a rising tide of non-whites,” Greenblatt said on Twitter. “It is antisemitic, racist and toxic. It has informed the ideology of mass shooters in El Paso, Christchurch and Pittsburgh.”

.@TuckerCarlson: “replacement theory” is a white supremacist tenet that the white race is in danger by a rising tide of non-whites.

It is antisemitic, racist and toxic. It has informed the ideology of mass shooters in El Paso, Christchurch and Pittsburgh.

Fox News posted the full segment on their front page.

TUCKER CARLSON (GUEST): I’m laughing because this is one of about 10 stories that I know you have covered where the government shows preference to people who have shown absolute contempt for our customs, our laws, our system itself and they are being treated better than American citizens. Now, I know that the left and all the little gatekeepers on Twitter become literally hysterical if you use the term “replacement,” if you suggest that the Democratic Party is trying to replace the current electorate, the voters now casting ballots, with new people, more obedient voters from the Third World. But they become hysterical because that’s what’s happening actually. Let’s just say it: That’s true.

If you change the population, you dilute the political power of the people who live there. So every time they import a new voter, I become disenfranchised as a current voter. So I don’t understand what we don’t understand cause, I mean, everyone wants to make a racial issue out of it. Oh, you know, the white replacement theory? No, no, no. This is a voting right question. I have less political power because they are importing a brand new electorate. Why should I sit back and take that? The power that I have as an American guaranteed at birth is one man, one vote, and they are diluting it. No, they are not allowed to do it. Why are we putting up with this?

In a guide on their website for pro-Israel activists, the ADL tells followers to say that the idea of “bi-nationalism” in Israel “is unworkable given current realities and historic animosities.”

“With historically high birth rates among the Palestinians, and a possible influx of Palestinian refugees and their descendants now living around the world, Jews would quickly be a minority within a bi-national state, thus likely ending any semblance of equal representation and protections,” the ADL says. “In this situation, the Jewish population would be increasingly politically – and potentially physically – vulnerable.”

“It is unrealistic and unacceptable to expect the State of Israel to voluntarily subvert its own sovereign existence and nationalist identity and become a vulnerable minority within what was once its own territory.”