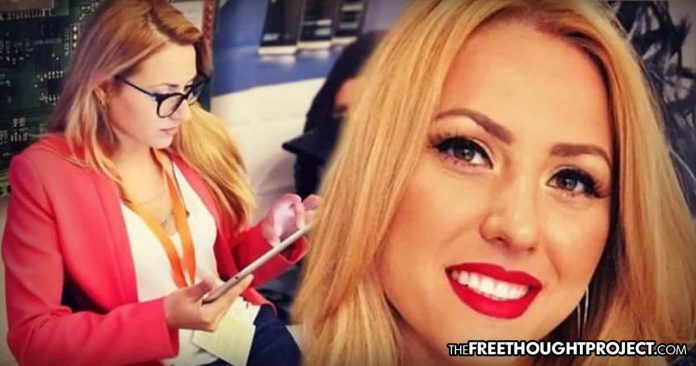 (RT) — A TV reporter who covered EU funds fraud cases was brutally murdered and allegedly raped in northern Bulgaria. The horrific indent is the third murder of a journalist in the EU amid concerns over press freedom.

The body of Victoria Marinova, 30, who hosted a show on local TVN, was found dead on a popular jogging route near the Danube River in the city of Ruse on Saturday. The city has never seen such a brutal crime, according to experienced criminologists cited by local media.

The woman was raped and beaten, and succumbed to head injuries and suffocation, according to local media citing investigators. The victim’s cell phone, car keys, and some clothes were not found with her, but the car reportedly was not stolen.

No official version of the chilling murder has been presented so far as the authorities are trying to find the perpetrators, saying it’s “just a matter of time.” Police have not ruled out any motives for the heinous crime.

Meanwhile, the OSCE representative on freedom of the media, Harlem Desir, called on the authorities to “quickly determine” if this attack was “linked to her work.”

I will closely follow investigation into horrific murder of investigative journalist Viktoria Marinova in #Bulgaria. #noimpunity for killers of Journalists. Need to quickly determine if linked to her work. Full statement: https://t.co/03YNjQ93CL

Some already speculate that the woman might have been the victim of her latest report. She hosted the recently-launched ‘Detector’ program, and its last episode covered the investigation by Bivol website, claiming to expose a corruption scheme inside EU-funded projects. Marinova earlier was an anchor of another program called ‘Podium’, which aired reports on various topics.

TVN, the station she worked for, said she had never received any threats and the entire staff is shocked by the incident.

Marinova is the third reporter to be killed in the span of a year in the EU, as concern grows regarding press safety and freedom.

In February, Slovak investigative journalist Jan Kuciak was shot dead. The 27-year-old was known for his reports on tax fraud and shady dealings of Slovakia’s elite, and the police did not rule out that the murder was related“to his investigative activity.”