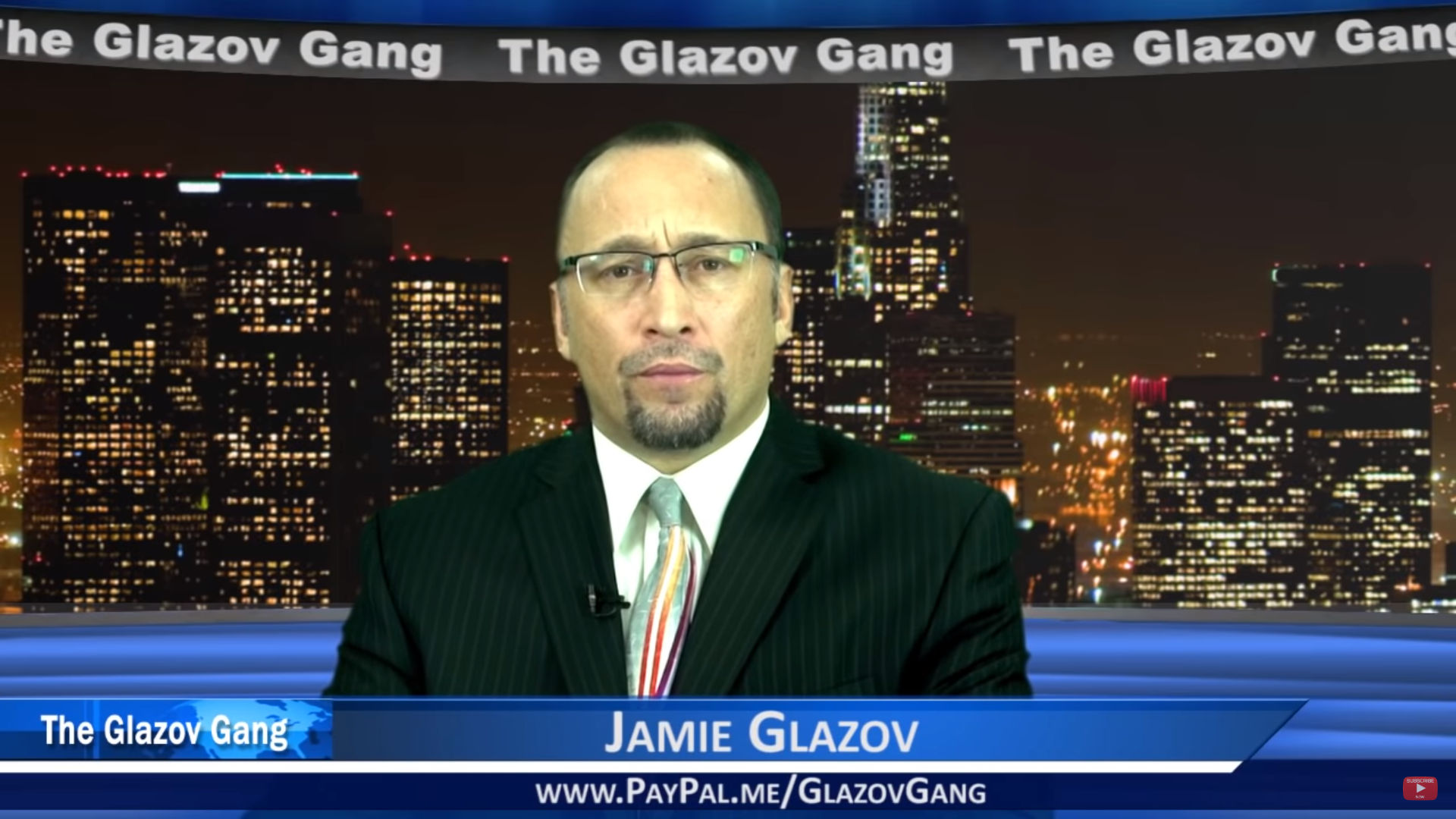 “Ladies and gentlemen, a very interesting world we’re entering now. Twitter has recently warned me that a post on my new book, ‘Jihadist Psychopath: How He Is Charming, Seducing, and Devouring Us,’ is in violation of a section of Pakistan’s penal code connected to Islamic blasphemy law.”

“Now Twitter told me it has not taken any action, for now. Phew. They’re only writing to inform me, for now.”

Glazov explained that the alleged violations goes against Pakistan’s penal code that carries a potential sentence of life in prison or death. Glazov then went on to joke about canceling his book tour and vacation in Pakistan.

Glazov then said, “We’ve got an emergency situation on our hands my friends. Twitter, and as we know along with other social media venues, is now fully on board with enforcing Sharia compliance.”

“Why is Twitter even writing me about this and what Pakistan thinks and says about Islamic blasphemy laws?”

“But let me see, ya, heroes and civil rights and human rights activists like Tommy Robinson, Laura Loomer and Anne Marie Waters, and all these freedom fighters who want to protect people from Sharia and jihad, are banned from Twitter and Hezbollah and Hamas are still on Twitter. So I think we can kind of guess what is going on.”

Glazov posted a message about pre-orders for “Jihadist Psychopath” that included an image of the book and glowing praise from several well-known figures, including Trump’s National Security Adviser John Bolton. 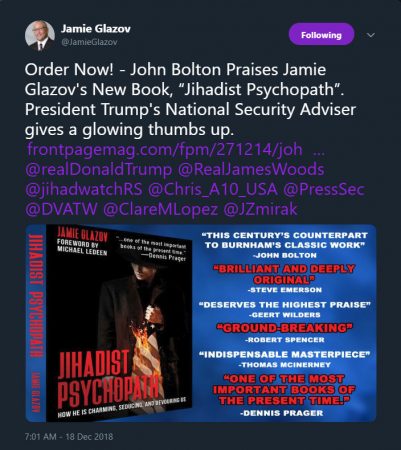 The description of Glazov’s book on Amazon reads:

There is a war being waged on America and the West. The aggressors? Islamic Supremacists. Their method? Duplicating the sinister methodology of psychopaths who routinely charm, seduce, capture, and devour their prey.

Every element of the formula by which the psychopath subjugates his victim, the Islamic Supremacist likewise uses to ensnare and subjugate non-Muslims. And in the same way that the victim of the psychopath is complicit in his own destruction, Western civilization is now embracing and enabling its own conquest and consumption.

The Twitter warning is a frighting and disturbing example of what Glazov’s book is talking about.

Social media censorship like this is suppressing the truth about the dangers of globalism and brutal cultures infiltrating the west. Please share this article wherever you can. It is the only way we can work around their censorship and ensure people receive news about subjects that Democrats and the mainstream media suppress.