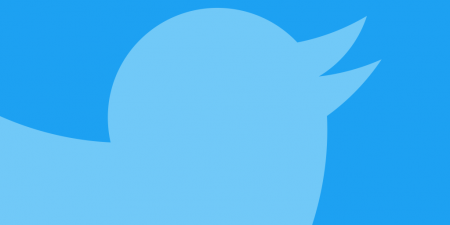 “Artistic depictions of nude minors in a non-sexualized context or setting may be permitted in a limited number of scenarios e.g., works by internationally renowned artists that feature minors,” states Twitter’s new rule.

The argument for Playboy Magazine in America has always been that it is tastefully done.

You can just see how this is developing.

This is the slippery slope folks.

The new terms of service explicitly states, “Discussions related to child sexual exploitation as a phenomenon or attraction towards minors are permitted.”

The new rule adds gray legalistic language that such pedophile content is allowed “provided they don’t promote or glorify child sexual exploitation in any way.”

Despite their qualifier, Twitter has stated it will allow for nude depictions of children on their platform as long as it is “artistic.”

“Artistic depictions of nude minors in a non-sexualized context or setting may be permitted in a limited number of scenarios e.g., works by internationally renowned artists that feature minors,” states Twitter’s new rule.

Dr. James Cantor, a homosexual and advocate for pedophiles that he refers to as “minor-attracted persons,” pushed for the change.

Last year, Cantor co-signed a letter to Twitter’s Director of Trust and Safety John Starr, urging Twitter to allow pedophiles access to its network and the ability to discuss their attraction to children on the massive social media platform.

Cantor was one of several academics that signed the letter, which refers to “Virtuous Pedophiles” and asked that they be allowed to network on Twitter.

The pedophile advocates claimed that if these so-called virtuous pedophiles aren’t allowed to network on Twitter, they will sexually abuse children.

“In our professional opinions, terminating the accounts of non-offending, anti-contact MAPs is likely to result in the opposite effect of that which Twitter may expect or intend. Rather than reducing the incidence of child sexual abuse, if anything, it increases the risk that some pedophiles will be unable to obtain the peer or professional support that they may need in order to avoid offending behavior. It is also likely to increase the stigma and isolation associated with pedophilia and thereby increase the likelihood of some MAPs acting on their sexual feelings,” stated the letter.

While Twitter has a well documented history of banning conservatives like Laura Loomer and Gavin McInnes, pedophiles are the latest protected class on Twitter, with special protections enshrined in the new terms of service.

Though it remains to be seen how far they will take this, let us not forget that laws in this country forbid such things.

From The Department of Justice:

Images of child pornography are not protected under First Amendment rights, and are illegal contraband under federal law. Section 2256 of Title 18, United States Code, defines child pornography as any visual depiction of sexually explicit conduct involving a minor (someone under 18 years of age). Visual depictions include photographs, videos, digital or computer generated images indistinguishable from an actual minor, and images created, adapted, or modified, but appear to depict an identifiable, actual minor. Undeveloped film, undeveloped videotape, and electronically stored data that can be converted into a visual image of child pornography are also deemed illegal visual depictions under federal law.

Notably, the legal definition of sexually explicit conduct does not require that an image depict a child engaging in sexual activity. A picture of a naked child may constitute illegal child pornography if it is sufficiently sexually suggestive. Additionally, the age of consent for sexual activity in a given state is irrelevant; any depiction of a minor under 18 years of age engaging in sexually explicit conduct is illegal.

Where is the line drawn America?

If you don’t think that sick pedophiles can turn “tastefully done” into “sexually arousing” then you just don’t understand how sick people are in this country.

…unless the controversy directly contradicts their narrative.

Can we truly trust Twitter to make the distinction between naked kids that are appropriate or not?

Just because an artist is “internationally renowned” it doesn’t mean it is not pornographic and won’t cause some sickos to become sexually aroused.

“Discussions related to child sexual exploitation as a phenomenon or attraction towards minors are permitted.”

Can there be any doubt where Twitter is headed with this?

Just keep it classy and use trusted references in your tweets.

Does anyone else ever feel like we are living in the Twilight Zone?