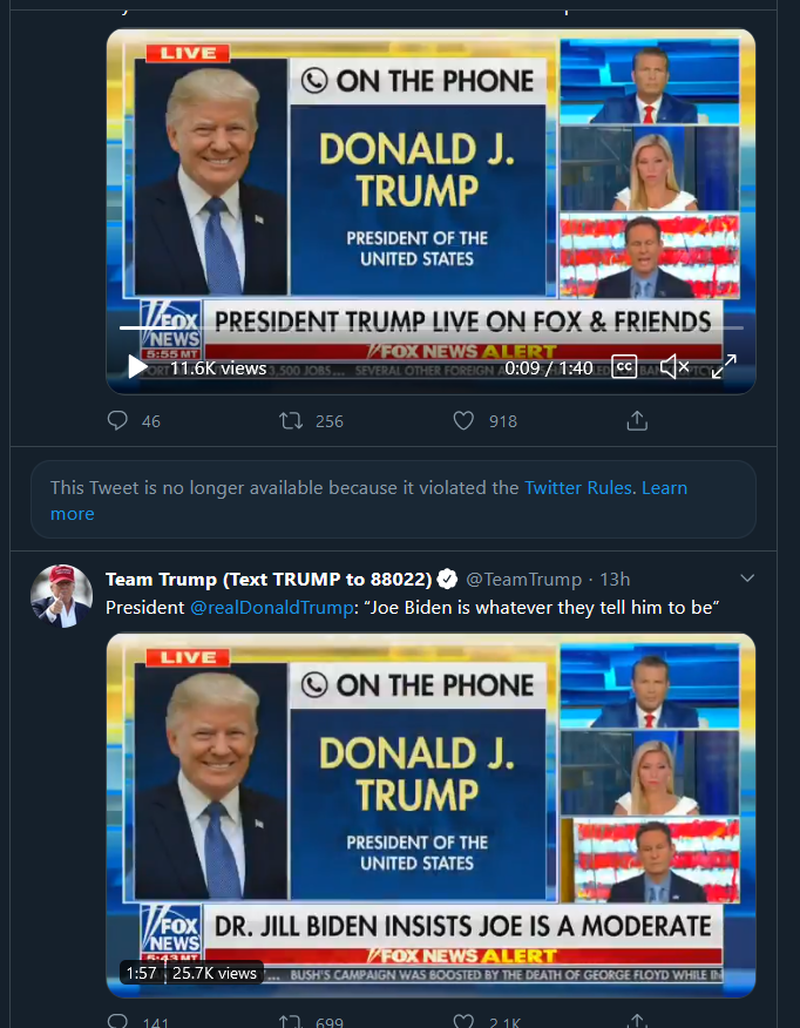 Just when Mark Zuckerberg really looked to be making inroads with Trump and his inner circle by resisting a corporate ad boycott on the grounds that it was a misguided attempt to push more conservative voices off the world’s most popular social media platform, Facebook on Wednesday removed a post from the president’s page for containing allegedly “false and misleading” information about the coronavirus.

The post that was removed contained a snipped from a Fox & Friends morning interview with Trump from earlier Wednesday where the president claimed young children are “almost immune” to the virus.

“This video includes false claims that a group of people is immune from COVID-19 which is a violation of our policies around harmful COVID misinformation,” a Facebook spokesman said.

Twitter kicked off the trend of tagging, altering or removing Trump’s social media posts, alleging lies and inaccuracies that have always existed in political communication, but are now, for some reason, considered “harmful” or otherwise wrong.

Then again, the partisans alleging “harm” here are the same ones who slammed the NYT for “putting black journalists lives in jeopardy” by running an editorial written by a sitting US Senator.

Trump responded to Twitter’s practice of tagging his tweets with an executive order threatening to remove a liability shield from social media platforms that interfere with the content of users.