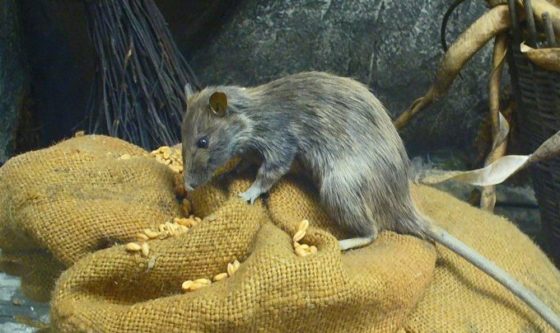 Residents and officials in the city of Los Angeles, California are horrified that their city has descended into a third world hellscape of poverty and disease. The typhus outbreak raging through the city is a flea-borne disease often reserved for socialist and poverty-stricken dystopias such as Venezuela.

But that’s modern Los Angeles. Typhus is spread by fleas hitching a ride on rats. While the general population struggles under the weight of the government (local, state, and federal in LA’s case) and the homeless population continues to climb up, the same cannot be said for the rats that carry fleas the cause typhus. The rat population in LA is doing just fine, however, as piles of garbage dot the cityscape, making it Thanksgiving Day every day for the city’s fat, happy rodents, wrote the American Thinker.

According to the Centers for Disease Control and Prevention‘s website, Murine typhus, is also called endemic typhus or flea-borne typhus, is a disease caused by a bacteria called Rickettsia typhi and it is spread to people through contact with infected fleas. People will get sick with murine typhus when infected flea feces are rubbed into cuts or scrapes in the skin. In most areas of the world, rats are the main animal host for fleas infected with murine typhus. Murine typhus occurs in tropical and subtropical climates around the world where rats and their fleas live. Yet now, it seems that the disease is taking over and spreading, along with Hepatitis A, through Los Angeles thanks to the socialist policies that enrich the political elite and enslave and impoverish everyone else.

The city is spinning rapidly out of control. As people struggle to make ends meet and carry the tax burden of a city, state, and federal government hellbent on overspending, the area continues to descend into a third world hellscape. Sadly, the return of a disease thought left behind in the Medieval Times such as typhus is only the tip of the proverbial iceberg when it comes to problems in Los Angeles. For months, county health officials attempted to say that typhus only really affects the burgeoning homeless population. However, Deputy City Attorney Liz Greenwood, a veteran prosecutor, told NBC4 she was diagnosed with typhus in November, after experiencing high fevers and excruciating headaches.

“It felt like somebody was driving railroad stakes through my eyes and out the back of my neck,” Greenwood told the I-Team. “Who gets typhus? It’s a medieval disease that’s caused by trash.” Everyone in LA can now apparently get typhus thanks to the very left-leaning policies they’ve allowed.

Responding to complaints from other city workers fearful of getting typhus, the city fumigated the Los Angeles Police Department’s Central Division office, as well as parts of LAPD’s main headquarters, NBC4 said. The deputy city attorney reportedly said she will not go back to work at City Hall East until they also fumigate that building, too.

Yet that’s all just treating the symptoms of the problem. The city is spending money they don’t have to fumigate buildings the paid for with stolen money (taxing the residents) and looking to constantly raise taxes to “help” get rid of typhus. But that disease will eradicate itself when people aren’t forced to share living spaces with rats that carry infected fleas. This is all just a symptom of the major disease communism that’s swiftly sweeping its way through big cities in the United States. No amount of taxation or theft will fix this. In fact, a lot less of that will have an immense impact.

“Government anti-poverty programs are a classic case of the therapeutic state setting out to treat disorders created by the state itself.” –The Foundation For Economic Education