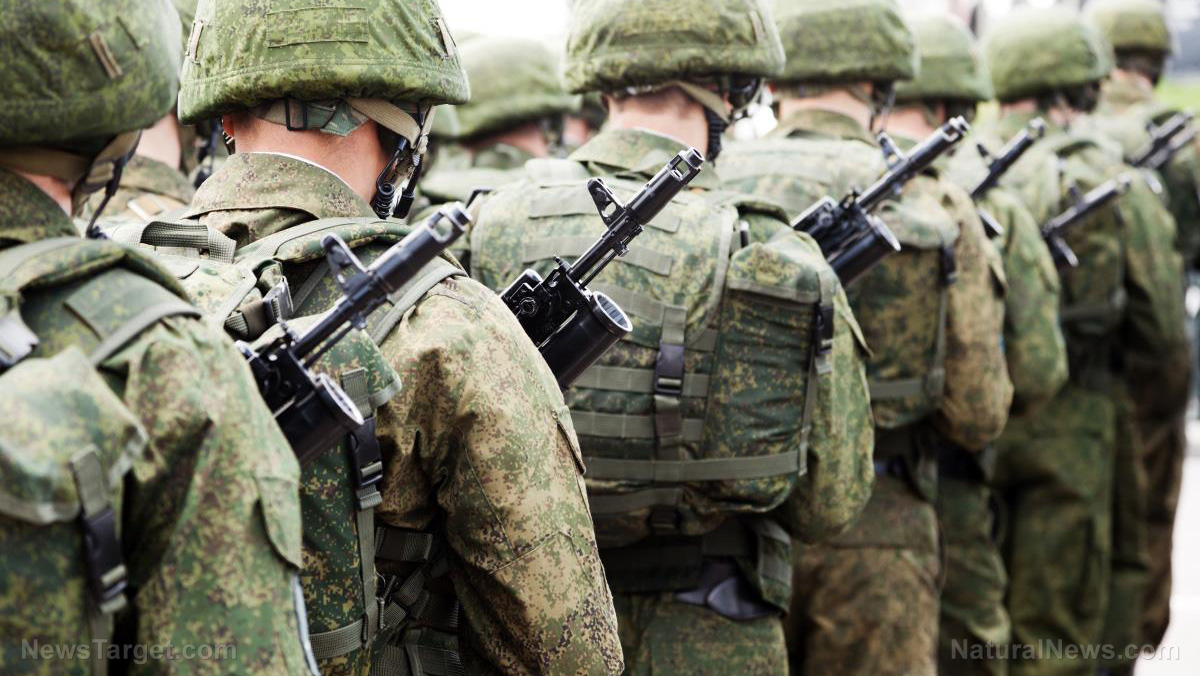 Despite being required by law to evaluate each and every exemption request on an individual basis, the United States military, under the direction of the Pentagon (Pentagram), is using a computer program called the “Religious Accommodations Appeal Generator,” or RAGG, to strike down nearly 99 percent of them automatically, with no human assessment.

At least one branch of the U.S. military, the Coast Guard, is using RAGG to unlawfully deny service members their right to a religious appeal. We wonder: are any other branches of the U.S. military using RAGG or a similar program to do the same thing? (Related: Texas and at least six other states banded together to resist covid jab mandates for the National Guard.)

“The RAGG is used to sort and then generate a blanket response to arguments against receiving the injections,” reports The Dossier about how the software works. “This response would then appear in a dismissal letter ‘explaining’ the exemption denial.”

Among the responses auto-generated by RAGG are:

“Risk of harm from the vaccine undermines readiness interest.”

Where are the lawsuits against the U.S. military for crimes against humanity?

Mind you, these auto-generated responses are designed to appear as though they came from an actual human. If only one canned response was provided then it would be obvious that it came from a computer, but RAGG was designed to sound human-like with a “customized” menu of responses.

This is deception at its finest, and GOP legislators want to know why the Coast Guard and possibly other branches of the U.S. military are getting away with breaking the law in this manner.

“Religious freedom is protected by the U.S. Constitution and federal law. Despite these protections, information received by Committee Republicans indicates that the adjudication process for exemption applications was a pro forma exercise designed to reach predetermined conclusions – to deny requests and appeals – in nearly every single case,” reads a letter from congressional Republicans to Commandant Admiral Linda L. Fagan.

“The [U.S. Coast Guard] even created a digital tool to assist in more efficiently denying appeals of the vaccine mandate instead of focusing on the merits of each individual case.”

By the way, the Health Ranger got a chance to speak with Sam Sigoloff, a U.S. Army doctor, about how the Pentagon and the Department of Defense are targeting physicians who question the official narrative surrounding Fauci Flu shots. Be sure to watch that video below:

Back in March, Lt. Col. William P. Anton and several other U.S. military servicemen submitted a 100-page report to the U.S. House and Senate, which is what prompted this new congressional inquiry by the GOP.

Anton, who has served in the military for more than 20 years, expressed that he is “shocked and frustrated to have only received lukewarm responses from a couple of senators and their staffers” about the matter.

“For the most part, there hasn’t really been any action,” he told The Epoch Times – the name William P. Anton, by the way, is a pseudonym to protect this individual’s true identity so he does not get punished by his superiors for speaking out.

“Injuries to my fellow service members are happening right before our eyes and we know the solution [stopping the mandate], but no one is doing anything about it.”

The latest news coverage about covid clot shots can be found at Vaccines.news.