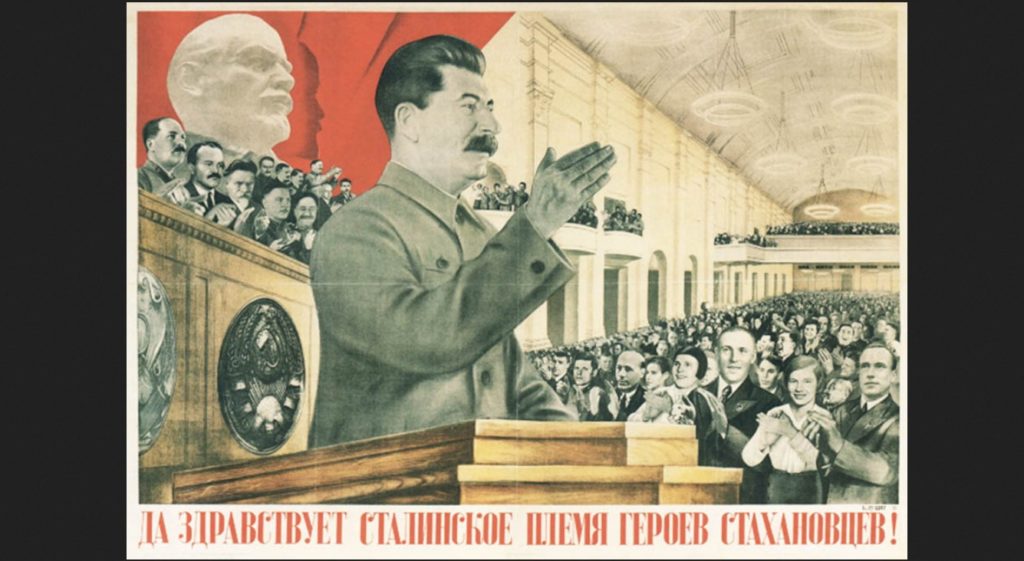 All people seek to control their environment to a certain degree. They want a reliable level of management over their world, and to remove whatever doubts they might have about their survival in the future. If they can, people will take measures to remove any potential pain or struggle and establish a life of perpetual comfort. The easy road is the dream for most, and in order to get it human beings see power as a formidable tool.

I’m exploring this common condition because I want to make it clear that almost ALL PEOPLE desire power to a degree. Sometimes this even means controlling the actions of others to prevent them from disrupting the oasis of comfort we construct around us. Sometimes there are destructive people that we feel we are forced to inhibit and cage in self-defense. And still other times, we try to control those around us out of irrational fear.

The tyrannical mindset is not exclusive to the Stalins, Maos and Hitlers of history, it is a deep-rooted shadow that lurks in the majority of us at times. It is this condition that political tyrants try to exploit to their advantage, because no authoritarian government can ever be successful without the help of millions of little tyrants supporting them. They find a way to feed our desire for control and predictability while simultaneously enslaving us.

The point is, tyrants need us. We all have a little dash of tyranny in our souls; we are linked, but we are different.

This is not to say that order in itself is evil or that social structures are inherently oppressive. People need boundaries because not all people are good or sane; some are vicious, some are lazy, some are crazy, some are incompetent and some are dishonest and they drag the rest of us down. Anarchy is not the solution, but neither is totalitarianism. It’s all about who sets the boundaries and how.

This is where we uncover a specific human element that is obsessively attracted to control, not because they are afraid, and not because they want comfort, but because they enjoy the feeling of power. They are addicted to it. I’m speaking specifically about narcissists, sociopaths and psychopaths; they are members of our species but they are lacking the key psychological traits that make us human, such as empathy, conscience, imagination, love and shame. In almost every case of government gone wrong it is because these types of people were able to slither into positions of authority and take advantage.

Despite the exaggerated depictions in movies and TV, your average psychopath is not all that complex or interesting – the fact of their existence is interesting, but as people they tend to be boring. The idea of them is fascinating because they are a biological anomaly, an evolutionary mistake or maybe a spiritual deformity. Around 1% of any given population is prone to psychopathy and an even smaller percentage are high-functioning psychopaths who are adept at hiding their monstrous natures.

Most average psychopaths eventually end up in prison or involved in an endless succession of life failures. They can’t get it together and maintain relationships and build a normal life because they are too self-obsessed and dangerous, and eventually the people around them notice. These types of people are what I would call the “little tyrants.” They seem to rise to the surface of society when times are desperate; when people are distracted by crisis is when psychopaths feel it’s safe to show their true natures.

For example, during the covid pandemic lockdowns and the government attempts to introduce draconian vax mandates the little tyrants were everywhere. They just appeared out of the ether and swirled around the authoritarian vortex like it was a feeding frenzy. They took pleasure in the opportunity to order others around about masks and vaccines and “social distancing,” even though none of these measures made ANY difference whatsoever to the spread of covid or the rather minor median Infection Fatality Rate of 0.23%.

They were being tossed scraps from the table of power and they savored every minute of it. The real science wasn’t on their side, but they didn’t care; the media and the government were on their side and that’s all that mattered. They were happy to be used as weapons against other citizens who just wanted to be free.

Beyond the symbiotic (or maybe parasitic) relationship between big tyrants and little tyrants, there are a set of standards that have to be met for tyranny to be successful:

At the core of tyranny is the removal of choice. Centralization is all about eliminating options for the public while telling them their lives will be streamlined, easier and safer. If people have options outside the establishment system or ideology then they might question the validity of the power structure. They might ask themselves “What if there is a better way than this?”

And, since there is always a better way than fear and slavery, tyrants have to engage in a constant war with all alternative ideas and principles. The only way they can be sure that people won’t rebel someday is to erase the existence of choice. Not only that, but they have to convince the masses that to even suggest another choice is sacrilegious and dangerous. The system must become absolute in all things and in every area of daily life.

Freedom is slavery – Ignorance is strength. It’s the old Orwellian paradox that perverts the meaning of words and deeds to justify tyranny. An extension of this twisted way of thinking is the religion of the “greater good”; the idea that all evils are justified as long as the “greater good” is accomplished. But what is the greater good? It’s anything the tyrants say it is; usually anything that helps them to gain more power. One would think that a “good” that is “greater” would entail more freedom and less fear, not less freedom and more fear.

As a part of the tactic of removal of choice, tyrants often create a fake moral conundrum in which people are told that their freedom is actually harmful to others, therefore their freedoms must be taken away “for the greater good.” Again, the covid medical-tyranny experiment was built completely around this argument. What if your choice to not wear a mask, to not stay locked in your house and to not take a questionable vaccine harmed hundreds or thousands of others? Doesn’t that justify taking your choices away? These claims are complete fantasy, of course, but in the heat of a national panic people can be led to believe that the false paradox is real.

As noted, tyrants are usually psychopathic personalities, and a part of this mindset is the compulsion to expand and devour. Like a growing amoeba, or that creature from the movie The Blob, their hunger for control is never sated; they will always want more.

People will be told that they are only losing one freedom, or two freedoms, or that their freedoms will be restricted “for a short time.” This is always a lie. Once tyrants gain new power they will hold onto it obsessively as if it is oxygen and without it they might die. Then they will seek more powers because what they have is never enough. A friend of mine once described it this way:

Piled before the tyrant is a feast of kingly proportions, like a Thanksgiving Day feast flowing across his dinner table. You sit quietly without access to the table, but in your hands you do hold a little crust of bread. This is all you have and you cradle it carefully because it must be made to last. And even though the tyrant’s belly is full and he has more than he could possibly ever eat in a lifetime, all he can think about is YOUR little crust.

All he wonders about day and night is why you have that crust when it should be his. He grinds his teeth frothing in desperation for your meager meal. Then one day he decides he will not stop until your bread crust is in his hands while you starve. This is now his mission in life – to take your crust and crumbs and leave you with nothing. Any other outcome would be unimaginable.

This is how the mind of a psychopath works. Why do their brains function this way? There are many theories but no one really knows for certain. Evidence suggests that they are actually born the way they are; with no conscience and no counterbalance to the madness.

The bread-crust story is a metaphor, but it illustrates how psychopathic authoritarians view various freedoms – they are pieces of life that tyrants cannot tolerate you having in your possession. It drives them insane to know you have that little piece of light and joy in your hands and they scheme and plot and scream and wail and claw until they get it away from you.

Tyranny Cannot Be Defeated Unless It Is Understood

There will be people out there who make the common ignorant argument that all of this is an exercise in futility because it doesn’t “address solutions.” There are many solutions to authoritarian systems; I have been writing about them for over 16 years now. We can talk all day about decentralization and localism and organization and revolution, but none of this matters unless we understand how our enemies think and the tactics they use. If we do not know them we cannot defeat them.

They are not complex and they are not necessarily ingenious but they are relentless. Underestimating their obsession with control would be disastrous. That said, the one thing they value more than power is their own lives, and until these people are made to understand that their lives could be the cost of their compulsions they will never stop. There is no reasoning with them. There is no diplomacy or compromise. There is no middle ground. They will continue to take, or they will be disrupted. Knowing their mindset brings us several steps closer to shutting them down.

After 14 long years of ultra-loose monetary policy from the Federal Reserve, it’s no secret that inflation is primed to soar. If your IRA or 401(k) is exposed to this threat, it’s critical to act now! That’s why thousands of Americans are moving their retirement into a Gold IRA. Learn how you can too with a free info kit on gold from Birch Gold Group. It reveals the little-known IRS Tax Law to move your IRA or 401(k) into gold. Click here to get your free Info Kit on Gold.