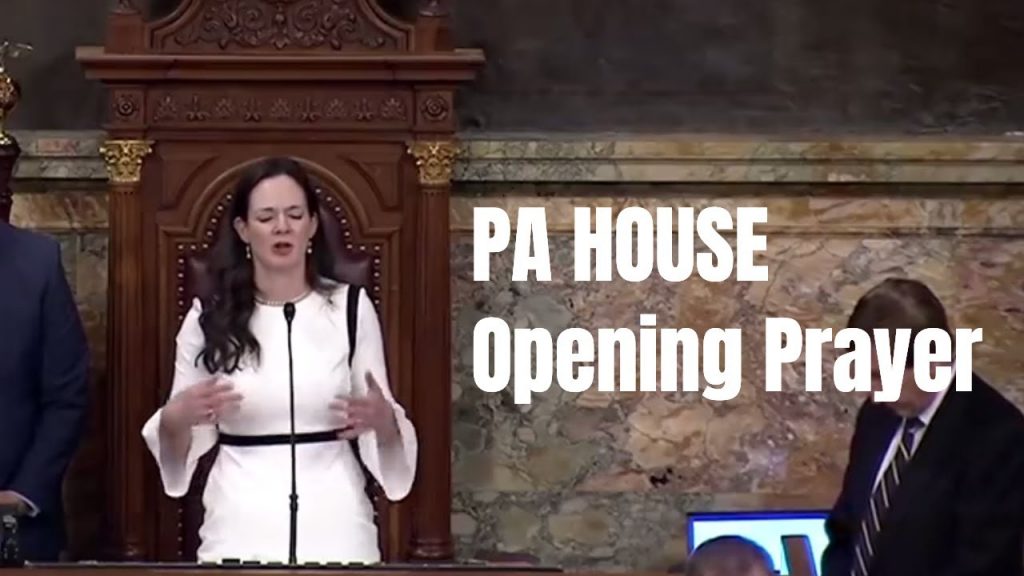 Well, this was a no brainer. In a ruling on August 23, the 3rd US Circuit court of Appeals upheld the Pennsylvania House of Representatives ban on nonbelievers giving opening prayers at their sessions.

This seems obvious, doesn’t it? I mean if you say you don’t believe in God, first you’re lying (Romans 1:21) and second why would you think you should be leading “prayer”?

The 2-1 ruling was handed down last Friday.

US Court Of Appeals Upholds… by Tim Brown on Scribd

According to the opinion’s summary, “The Pennsylvania House of Representatives begins most legislative sessions with a prayer. Plaintiffs challenged two practices: the House invites guest chaplains to offer the prayer, but it excludes nontheists (those who do not espouse belief in a god or gods, though not necessarily atheists) from serving as chaplainson the theory that “prayer” presupposes a higher power and visitors to the House chamber pass a sign asking them to stand for the prayer, and the Speaker of the House requests that audience members “please rise” immediately before the prayer. At least once a House security guard pressured visitors who refused to stand.”

“The Third Circuit upheld the practices as to the Establishment Clause because only theistic prayer can satisfy the historical purpose of appealing for divine guidance in lawmaking, the basis for the Supreme Court taking as a given that prayer presumes a higher power,” the summary continued.

3rd Circuit judge Judge Thomas L. Ambro said that the Establishment Clause in the First Amendment didn’t apply since “only theistic prayer can satisfy the historical purpose of appealing for divine guidance in lawmaking.”

For more on the fiasco that accompanies letting non-believers engage in prayer in government:

And don’t forget what happens when a Christian actually prays and it upsets antiChrist Muslims and Communist Democrats:

“Legislative prayer has historically served many purposes, both secular and religious,” said Ambro. “Because only theistic prayer can achieve them all, the historical tradition supports the House’s choice to restrict prayer to theistic invocations.”

“As a matter of traditional practice, a petition to human wisdom and the power of science does not capture the full sense of ‘prayer’ historically understood,” he said. “At bottom, legislative prayers seek ‘divine guidance’ in lawmaking.”

In drawing on historical practice, the court noted that “the Supreme Court has long taken as given that prayer presumes invoking a higher power.”

The court’s ruling also cited the Supreme Court’s decision upholding the Peace Cross war memorial. It also noted that Congress “urged President Washington to proclaim ‘a day of public thanksgiving and prayer, to be observed by acknowledging with grateful hearts, the many and signal favors of Almighty God.’”

“Legislative prayer is government speech and not open to challenges under the Free Exercise, Free Speech, and Equal Protection Clauses,” the opinion added. “With respect to the statement “please rise” for the prayer, the court held that the single incident involving pressure from a security guard is moot. The sign outside the House chamber and the Speaker’s introductory request that guests “please rise” are not coercive.”

Judge L. Felipe Restrepo dissented, “By mandating that all guest chaplains profess a belief in a ‘higher power’ or God, the Pennsylvania House fails to stay ‘neutral in matters of religious theory.’”

Actually, it isn’t “theory,” unless Judge Restrepo is going to call into question our very founding, and our founding documents which reference “our Creator” and “in the year of our Lord.” That is a historical fact.

Then there is the issue of who is allowed to pray.

DAFT member Deana Weaver wrote in a statement, “I remain concerned about the undue influence of religious invocations crafted for legislators preparing to vote on issues that may run contrary to scripture. Pennsylvania House invocations must now include reverence to an unspecified Supreme Being(s), reflecting not only a sanctity, but an implied governance of religion with its social expectations.”

Despite being denied the opportunity to do so in the House, Weaver has twice given an atheist invocation in the state Senate, as a guest chaplain, according to the Daily Record.

According to the paper, one of her prayers included the following: “One principle that this great experiment of American democracy has taught us is that we are so much better when we work together in a spirit of inclusion … and so we Pray. We pray for this democracy of the people, by the people and for the people. We pray for government to serve all people equally.”

Now that, is a “legislative prayer” and “government speech,” in my opinion because it prays towards government. Obviously, Weaver needs a civics lesson as well, as she wrongly called our government a democracy when it is a republic.

There should also be concern over unbiblical prayers, but those should be handled by the Church, not government, as the Church has been entrusted with that jurisdiction, not government. However, since we were founded as a Christian land, we should be those who not only seek to have Christians in office, but Christians that pray to the One, True and Living God.