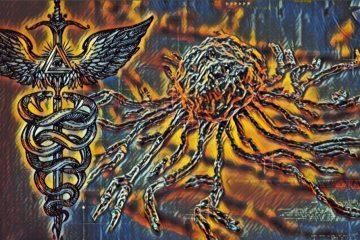 An Idaho doctor has come forward and warned the world of the lies of the Mockingbird media, Big Pharma and their shot hustlers in government that these vaccines are not safe and effective but rather are resulting in cancers twenty times more than in the “unvaccinated.”

‘Post-vaccine, what we are seeing is a drop in your killer T-cells, in your CD8 cells,” said Dr. Ryan Cole.

“Since January 1, in the laboratory, I’m seeing a 20 times increase of endometrial cancers over what I see on an annual basis,” reported Dr. Cole.

“I’m not exaggerating at all because I look at my numbers year over year, I’m like ‘Gosh, I’ve never seen this many endometrial cancers before’,” he added.

According to Cole, in patients with HIV, there is a massive suppression of “helper T-cells” which cause immune system functions to plummet, and leave the patient susceptible to a variety of illnesses.

Similarly, Cole describes, “post-vaccine, what we are seeing is a drop in your killer T-cells, in your CD8 cells,”

“And what do CD8 cells do? They keep all other viruses in check,” he continued.

Much like HIV causes immune system disruption by suppressing CD4 “helper” cells, the same thing happens when CD8 “killer” cells are suppressed. In Dr. Cole’s expert view, this is what seems to be the case with the COVID-19 jabs.

Cole goes on to state that as a result of this vaccine-induced “killer T-cell” suppression, he is seeing an “uptick” of not only endometrial cancer, but also melanomas, as well as herpes, shingles, mono, and a “huge uptick” in HPV when “looking at the cervical biopsies of women.”

Dr. Cole states in his video that, not only are melanomas showing up more frequently, like endometrial cancers, the melanomas are also developing more rapidly, and are more severe in younger people, than he has ever previously witnessed.

“Most concerning of all, there is a pattern of these types of immune cells in the body keeping cancer in check,” stated the doctor.

“I’m seeing invasive melanomas in younger patients; normally we catch those early, and they are thin melanomas, [but] I’m seeing thick melanomas skyrocketing in the last month or two,” he added.

Cole came into prominence in January of 2021 when the Idaho government put in place an effort called “Capitol Clarity,” with the stated goal of keeping Idahoans informed about the facts surrounding COVID-19.

The Sons of Liberty radio show has been warning about what these shots do to aid in producing cancers in the body as well.

As the usurper of the White House has said, “What more do you need to see?” Only I’m talking about the reality of the lies they are telling us and the extreme danger posed to you and your loved ones from these deadly shots.