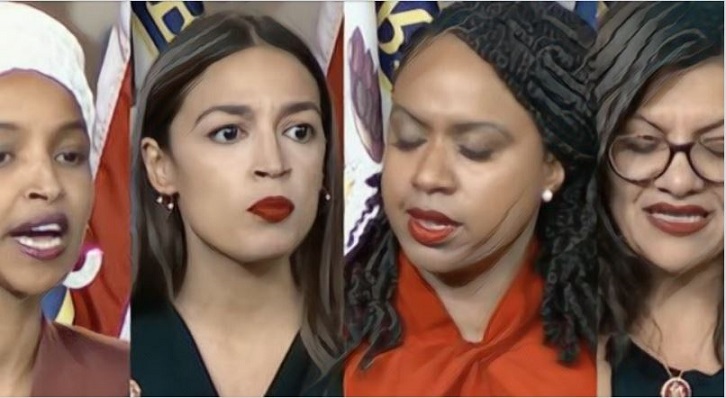 You are going to love this!

Just Our Opinion| Republican Louisiana Senator John Kennedy made an appearance on Fox News’ “Tucker Carlson Tonight” this week. During his time on the air, the Republican Senator based Democratic Congresswoman Alexandria Ocasio-Cortez of New York and her “squad” of progressive female lawmakers. He stated that these people are the reason “there are directions on shampoo bottles.”

According to Bongino.com, “When asked about the feud between President Trump, Ocasio-Cortez and her cohorts, Rep. Ilhan Omar (D-MN), Rep. Rashida Tlaib (D-MI) and Ayanna Pressley (D-MA), Kennedy said he was reluctant to ‘contribute to this freak show.’”

“I’m not sure the president should exchange playground insults with them. When you try to argue with a fool, that proves there are two. But the president decided to do so,” Kennedy went on. “The simple fact of the matter is that the four congresswomen think that America was wicked in its origins, they think that America and its people are even more wicked now, that we are all racist and misogynistic and evil.”

“Now they’re entitled to their opinion,” the lawmaker said. “They are Americans. But I’m entitled to my opinion, and I just think they are left-wing cranks and they are the reason that there are directions on a shampoo bottle. I think we should ignore them.”

Kennedy tweeted, “ICYMI: The so-called ‘squad’ thinks that America was wicked in its origins & is even more wicked today. They’re entitled to their opinion, but I’m entitled to my opinion too, & I think they’re left-wing cranks. They’re the reason there are directions on shampoo bottles.”

ICYMI: The so-called “squad” thinks that America was wicked in its origins & is even more wicked today. They’re entitled to their opinion, but I’m entitled to my opinion too, & I think they’re left-wing cranks. They’re the reason there are directions on shampoo bottles. pic.twitter.com/6uY8j5uiXK

LMAO! I love that guy!

Kennedy’s comment will likely take the spotlight off President Donald Trump’s recent remark that the “squad” should return to their homelands in order to aid with current political issues, at least temporarily.