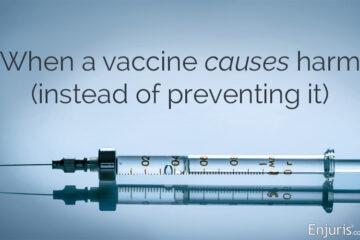 Well, on one front this is good in the sense that Idaho representative see a reason to compensate those injured by the COVID shots, fraudulently called “vaccines.” However, it’s bad because they want workers’ compensation to pay for it, and not the companies producing the deadly shot. This means The People end up paying, not the criminals pushing it. Second, it’s for those being mandated to take the shot. In other words, the guilty party goes free, while the injured, in essence, pay themselves, along with their neighbors.

RT has the story.

The Idaho state house passed legislation that would enable people to receive workers’ compensation if they fall ill due to a mandated Covid-19 shot, with the bill finding bipartisan support in the Republican-dominated state.

Approved overwhelmingly in a 67-3 vote on Tuesday, House Bill 417 seeks to amend Idaho’s code pertaining to workers’ compensation to “provide that vaccine-related accidents or injuries shall be compensable” by employers or insurers.

“If the employer is telling you, you have to do this in order to work here, if they’re doing that, then, by golly, I think our system ought to provide a fair compensation method,” Democratic Rep. John Gannon said in support of the measure.

The bill is now destined for the GOP-majority Senate, where it stands a good chance of passing, while Republican Governor Brad Little is expected to sign it into law. His administration has joined a growing number of states that have brought legal challenges to President Joe Biden’s federal vaccine mandate, which applies to any company with more than 100 employees and will be enforced by the Occupational Safety and Health Administration (OSHA) starting early next year. Idaho is currently involved in three such lawsuits.

Though the mandate was put on hold by an appeals court last week – with a federal judge issuing a harsh rebuke to the White House, blasting the mandate as “staggeringly overbroad” and an unprecedented use of “extraordinary power” – the Biden team has continued to urge businesses to follow the edict regardless.

Earlier on Tuesday, a Cincinnati-based appeals court was selected by random drawing to preside over future mandate-related lawsuits, after cases were brought across 12 different circuit courts this month alone. The move could be welcome news for opponents of vaccine requirements, as 11 of the court’s 16 full-time judges were appointed by Republican presidents, according to the Associated Press.

Again, I ask, why are these state reps not holding the creators of this poison accountable? And don’t give me some bill that Congress signed to give them immunity because nothing in Article I of the US Constitution gives them such authority to do so. This sounds good, but in the end, it’s the People who pay, not the criminals.