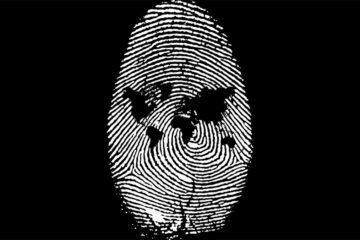 Corey Lynn, in my opinion, is one of the premier investigative journalists in the united States. Catherine Austin Fitts is the former United States Assistant Secretary of Housing and Urban Development for Housing. Both have been exposing what is taking place in our world during the COVID plandemic and both have unique insights as to what is being attempted to be placed on the people and how the people can combat it.

Corey not only has her own site, CoreysDigs.com, but she is also contributing now to Fitts’ Solari Report.

Recently, they sat down to discuss the issue of vaccine passports, which Corey has written extensively on and how, if implemented, it will be a tyranny like nothing we have seen before, which is why it is important that the people, not just in the US but around the world, not comply any further with anymore mandates, lockdowns or other tyrannies from those who are their representatives.

In this one-hour video, Catherine Austin Fitts and Corey Lynn discuss Corey’s 4-part report on the Global Landscape on Vaccine ID Passports, and get into the specifics on where this is headed, who the key players are, how far along they are with each agenda, and solutions for combatting this tyranny. This is about much more than just a “vaccine ID passport,” it is about getting you a QR code for a digital identity that will eventually go onto the blockchain where they will trace, track, and monitor your every move in order to control your health records, all personal records, housing, jobs, food, access to establishments, transportation, and the financial system. They want total control over you.

Be sure to read Corey’s investigative work on the subject of The Global Landscape on Vaccine ID Passports below.

Watch the full discussion on this 4-part series with Catherine Austin Fitts and Corey Lynn.

Be sure to bookmark and share Corey’s Digs Covid Resources, where you can find helpful information and assistance with medical, legal, forms and letters, job boards, alternative resources, and critical information.