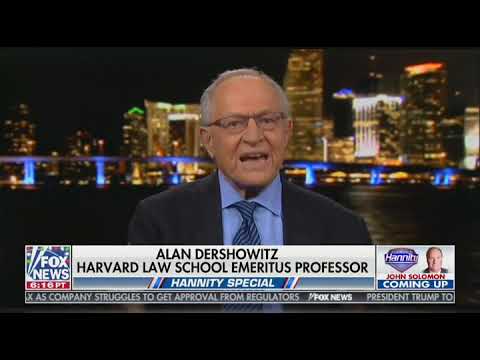 Pelosi has undertaken her own quid pro quo and obstruction of Congress, recently announcing she would hold the articles of impeachment hostage until she could be assured of a fair hearing in the Senate.

And by fair, she means completely geared towards removing President Trump from office without evidence or reason.

Dershowitz took her to task during an interview with Fox News host, Sean Hannity.

And it’s wrong for America.

Can’t Even Do Impeachment Right

Dershowitz’ comments echo those he has made previously on the topic, in which he explained that Pelosi’s ploy is simply unconstitutional.

Under Pelosi’s plan, “there might never be a Senate trial, but the impeachment would stand as a final and permanent condemnation of President Trump.”

The Speaker has admitted this.

Another Harvard law professor, and key witness for the Democrats during congressional hearings, Noah Feldman, wrote a column explaining why Pelosi is wrong about that as long as she continues to play this game.

“If the House does not communicate its impeachment to the Senate, it hasn’t actually impeached the president,” Feldman wrote. “If the articles are not transmitted, Trump could legitimately say he wasn’t truly impeached at all.”

"Quid pro quo, extortion, abuse of power" — those are all words people are using to describe Nancy Pelosi's decision to withhold the articles of impeachment from the Senate. pic.twitter.com/kYwrezmU8V

Dershowitz isn’t alone in accusing Pelosi of abuse of power.

Ken Starr, the independent counsel who investigated President Bill Clinton prior to his impeachment, said Pelosi was “absolutely” using the process as a means to overthrow Trump.

“That is abuse of power. We are going to impeach him before he’s done anything,” Starr said. “Excuse me, you are using your power in a very vicious way.”

Tennessee Senator Marsha Blackburn notes that the public sentiment is the same.

“‘Quid pro quo, extortion, abuse of power’ — those are all words people are using to describe Nancy Pelosi‘s decision to withhold the articles of impeachment from the Senate,” she reported.

It’s important to remember she’s been abusing that power since day one.

“This has been a couple of years — two and a half — since the initial investigation,” she accidentally admitted.