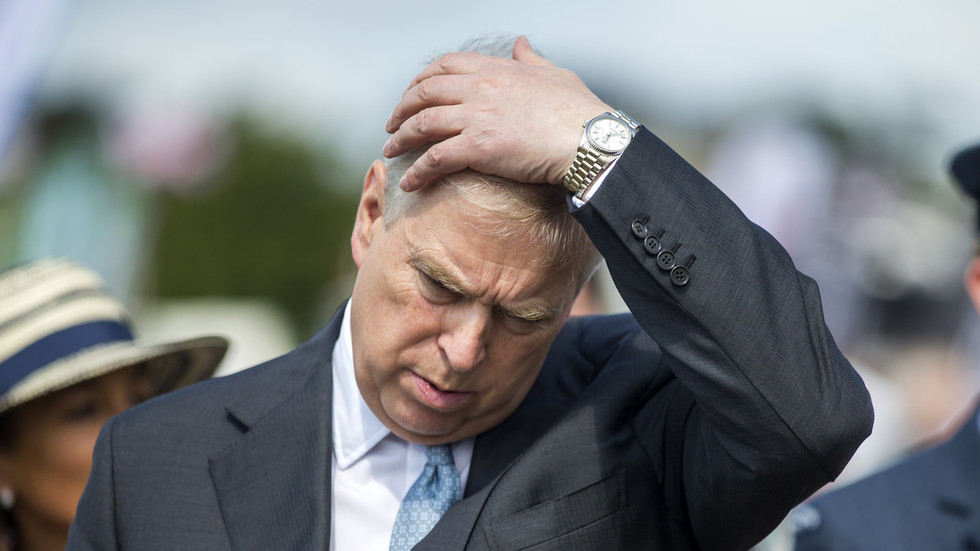 A short, blurry video released by the Mail on Sunday shows a man, who the tabloid newspaper identifies as Prince Andrew, the second son of Queen Elizabeth, saying goodbye to a young, dark-haired woman at the doorstep of Epstein’s New York mansion – a notorious sex lair where the financier used to prey on young girls.

After exchanging courtesies with the brunette, the prince gives her a nod, and then takes a quick look around the door as if to make sure that no paparazzi were in sight.Moments before Prince Andrew appears in the doorway, Epstein himself can be seen leaving the house accompanied by a blonde girl.

The video dates back to December 2010, two years after Epstein was convicted of soliciting a minor for prostitution and was sentenced to 18 months in an open-door prison after striking a sweetheart plea deal.

But Buckingham Palace claims the prince was unaware of any wrongdoing going on at the mansion, saying he “has been appalled by the recent reports of Jeffrey Epstein’s alleged crimes.”

His Royal Highness deplores the exploitation of any human being and the suggestion he would condone, participate in, or encourage any such behavior is abhorrent.

However, court documents claim that Prince Andrew inappropriately touched one woman in Epstein’s Manhattan apartment, and forced another, who was underage at the time, to have sex with him in London, New York and on a private Caribbean island owned by the late financier. The Palace denied these allegations.

The disgraced financier was found dead in his jail cell on August 10 in what’s been ruled as suicide by the medical examiner. Several investigations are ongoing, but the circumstances immediately prompted speculation in light of newly released court documents which included incriminating information on powerful players within his orbit.