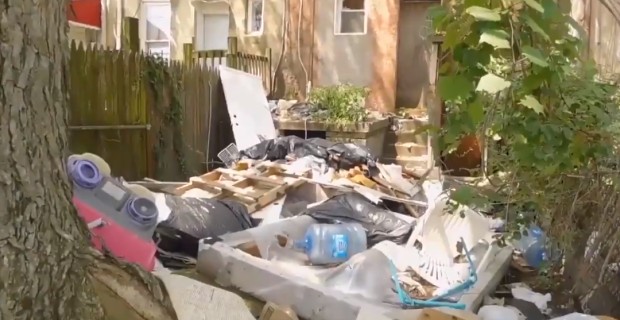 President Trump’s “rodent infested mess” rant about conditions in Baltimore caused controversy, but a series of videos showing exactly that appear to prove him right.

The comments caused controversy, with Democrats yet again accusing Trump of racism because Cummings’s district is 55 percent African American.

However, a series of videos posted to Twitter by Kimberly Klacik of the Baltimore County Republican Central Committee (an African-American woman) validate Trump’s argument.

In one of the clips, a resident complains about the “rats & rodents” problem.

It is so sad to see @VictorBlackwell & @CNN turn the light currently shining on #WestBaltimore into a race issue. This could result in a positive change. @RepCummings could help get his district in order. Listen to one of his constituents explain the "rats & rodents" problem. pic.twitter.com/LTG8AnT27x

Another video shows abandoned and broken-down homes, which Klacik asserts are also filled with rats.

He claims to care about children & their future, however in West Baltimore you will find abandoned homes on every block. Many filled with trash, rodents & homeless looking for shelter. Children live on these streets seen here. This district belongs to @RepCummings. More to come.. pic.twitter.com/8z7tfIHU0q

Another clip shows trash outside one of the homes where drug dealers hang out.

In another video from Kimberly Klacik, she goes into some of the broken down homes that have been abandoned where there is trash everywhere and where drug addicts hang out

These are in areas near where children live pic.twitter.com/O4pR0G1gfJ

“Residents constantly call the city to remove trash, no one shows up for months. Rats & roaches are a problem in almost every home. Illegal immigrants at the border live in better conditions than Americans in West Baltimore. This is @RepCummings district,” tweeted Klacik.

Let's walk through a typical abandoned row house in West Baltimore. You will find at least one of these on every street. According to residents, there is an uptick in homeless thanks to the increase in drug inventory post 2015 riots. This is @RepCummings district, more to come… pic.twitter.com/KOu87Mqlys