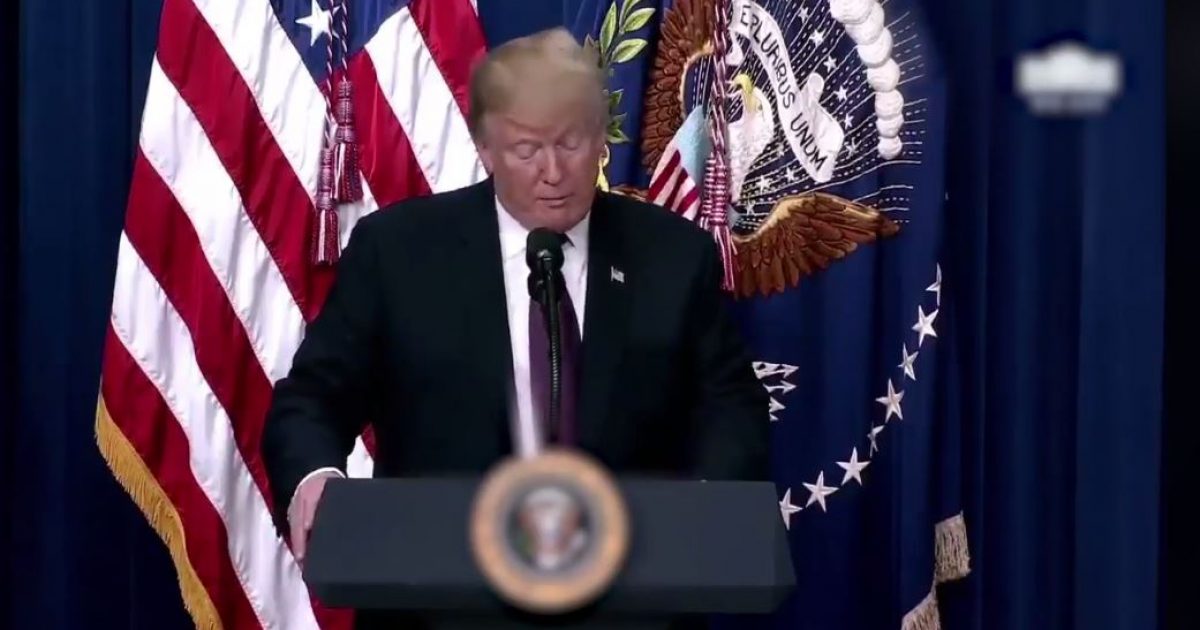 On Thursday, President Trump gave a speech addressing the administration’s efforts to modernize the Department of Veterans Affairs. But for some reason, the Presidential Seal and the White House logo were blurred out of the Facebook Live video, something which didn’t go unnoticed.

“The video of Trump giving gratitude to veterans has the Presidential Seal obscured. Pretty straightforward to do, like what Google does for faces and license plates on Streetview, but requires dedicated compute resources – it doesn’t happen by accident,” said a post at Free Republic. “Probably somebody inside the company thinking they’re doing something cheeky. This kind of stuff should bounce back on them legally and civilly in a big way.”

Here’s the video as it was posted to Facebook:

Here’s the full video as it was posted to YouTube:

So, why did Facebook blur out the seal? Does it now violate their “community standards?” Or does someone at Facebook think it’s hate speech?

These day, who knows?

Writing at the Gateway Pundit, Jim Hoft asked: “What the hell Facebook?”

One Reddit user noted: “Progressive Liberals blocking out the real world because they can’t handle it.”

⁦@facebook⁩ must have a bunch of immature idiots. blurted out the presidential seal WOW Is anyone getting fired? JUST STUPID A NEW LOW—> Facebook Disavows President Trump — Blurs Out Presidential Seal During Trump's Speech to Veterans (VIDEO) https://t.co/munYn912oC

Facebook on Thursday released its latest report on the removal of harmful content from its services, one day after a bombshell report that detailed how the company avoided and deflected blame in the public conversation around its handling of Russian interference and other misuses of its social network.

The company said it removed more than 1.5 billion fake accounts between April and September, compared to nearly 1.3 billion accounts removed the six months prior. Facebook also removed 5.4 million pieces of hate speech, compared to 4.1 million between October and March.

This Community Standards Enforcement Report is the Facebook’s latest update since its first report, which was released in May.

Maybe that explains it. Or not.