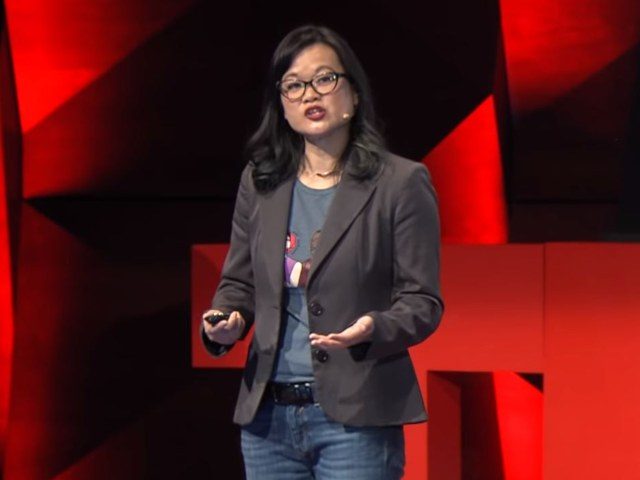 A Colorado State University professor is getting violent when it comes to people who disagree with her politically. It’s now apparently acceptable for college professors to say they are “ready to punch” political opponents “in the neck.”

Professor OiYan Poon at CSU has announced that she is done “going high” when others go low, and is now ready to “punch” those whom she disagrees with politically “in the neck.” The professor also claims that she believes former First Lady Michelle Obama would agree with her violent mentality.

Poon is an assistant professor at Colorado State University, teaching “higher education leadership,” as well as the director of the school’s Race and Intersectional Studies for Education Equity (RISE) Center, according to the university’s website.

According to a report by Campus Reform. The professor has since switched her Twitter account to private, making it so that the general public is unable to access and view her tweets. Twitter surely won’t censor her violence though, since it’s clear she falls on the far left of the political spectrum.

“I’m almost done reading Michelle Obama’s Becoming, and in reading the subtext, I don’t think she even believes the whole ‘when they go low, we go high’ b.s.,” tweeted Poon, who added, “I’m done ‘going high.’ [I’m ready] to ‘punch them in the neck.’” According to a report by Breitbart News, professor Poon’s tweet was in response to another user on Twitter, who said, “When they go low, you f**king punch them in the neck so they know you mean business. This is about power not affect.”

Here’s a response that perfectly sums of the leftist mentality:

The left is so open-minded, they are going to start violently assaulting anyone who disagrees with them. Yeah…that makes a lot of sense if you’re a hypocritical commie.

This whole issue about making violence against people with differing opinions acceptable. Now, if a person disagrees with a leftist, they are deserving of physical force used against them. So incredibly “open-minded.” It sure sounds like communism to me! Maybe if the left didn’t want to be called Comrades, they shouldn’t act like Soviet Union gulag guards. Leftism is becoming a cultish mental disorder. No logical thought or compassion is needed any longer on the left. The ultimate goal is to dehumanize those who disagree with you and force them to see things the authoritarian way by violence.

An Examination Of The Leftist Cult And Their Religion

Poon’s “going high” comment was in reference to Michelle Obama having coined the phrase, “When they go low, we go high” at the 2016 Democrat Convention in an attempt to encourage individuals on the political left to take the high road in response to those who “go low” on the political right. –Breitbart News

Campus Reform further reported that the professor had also recently expressed her dismay over activist Tanzila Ahmed getting banned from the dating app Tinder for stating that she does not date white men in her Tinder profile. Poon praised Ahmed in a tweet and stated that the “white patriarchy can’t handle strong brown women who choose not to date white.”