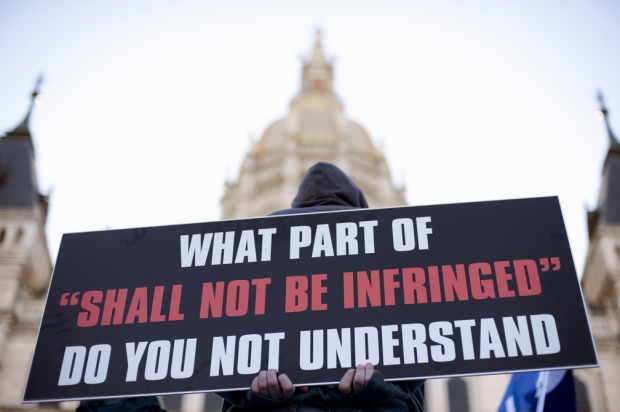 The powder keg is about to explode in Virginia.

As citizens cling to their rights, the gun-grabbing authoritarians are flexing their muscles and talking a big game.

Now they are attempting to shut down all privately-owned gun ranges.

If it wasn’t bad enough watching the action unfold surrounding unconstitutional gun laws and the militias being formed to fight against them, now it seems like Virginia is trying to pull yet another move.

They want to shut down every gun range in the state that isn’t owned by the government.

According to House Bill 567, any indoor shooting range would be prohibited by law – UNLESS it was inside of a building owned by the state.

And any business owners who decided to defy the law could be facing up to a $100,000 fine and potential civil penalties.

According to the bill, which has not yet been voted on or approved, would prohibit” the operation of an indoor shooting range, defined in the bill, in any building not owned or leased by the Commonwealth or federal government.”

For those that would be staying open, the state wants them to act as a data collecting operation, creating a state-controlled list of who is using the range as well as their photo ID and home address.

Let’s be clear. This is a very real threat against the rights laid out in the Constitution. Americans have the right to defend themselves. And the state is literally trying to stop gun owners from training and improving their skills.

This is an attack on our liberties.

If all hell breaks loose in Virginia, they may have a lot more than Commonwealth citizens to worry about.

Gun owners from all over the country may descend on Virginia.

Are people of the Great Commonwealth of Virginia simply going to hand their guns over without a fight?

This could get rather ugly.

Shall NOT Be Infringed still means something in America.