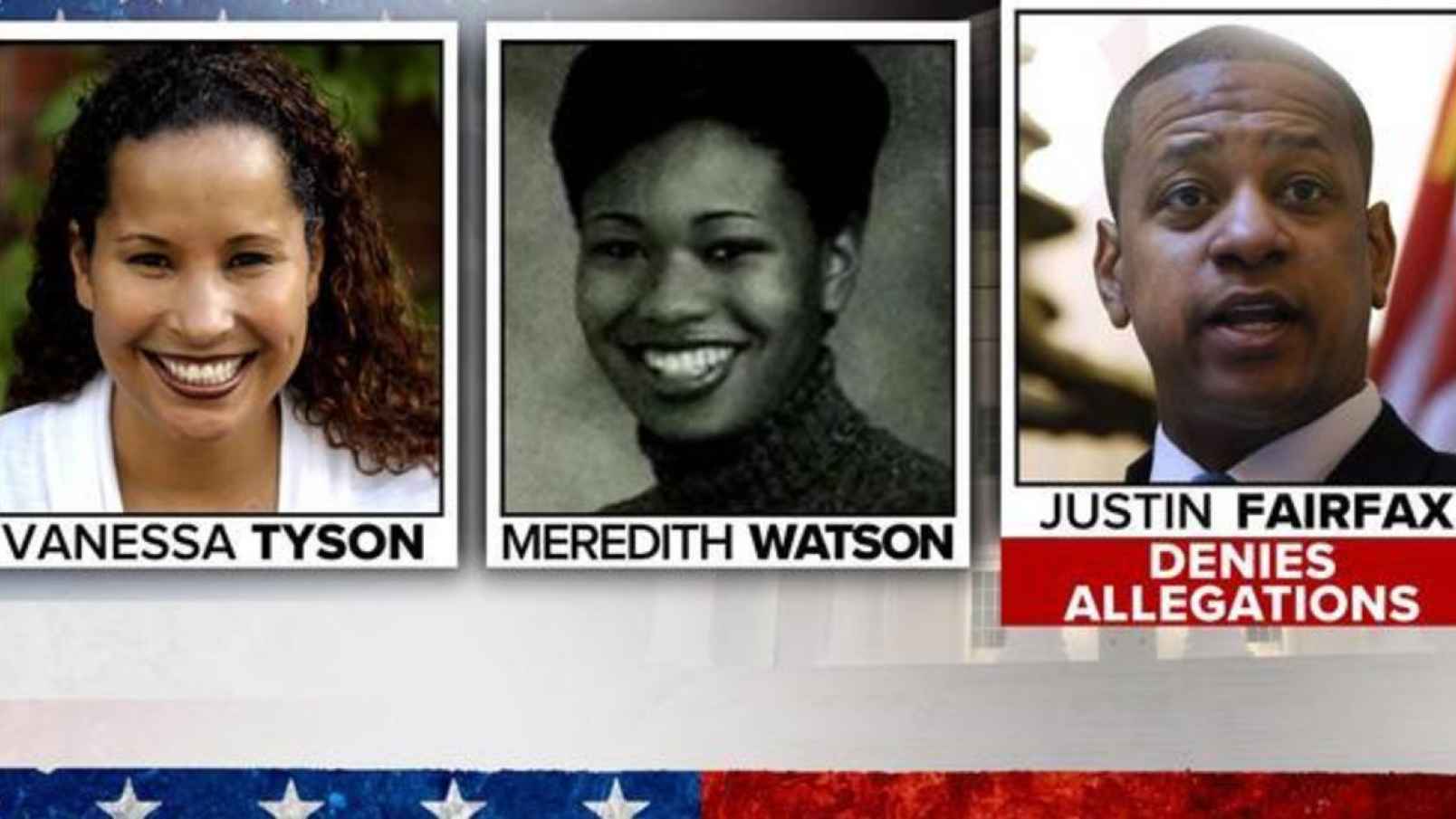 How much do Democrats need a gubernatorial candidate accused of rape by two women to be a presence in the election cycle?

That’s the question that they and Justin Fairfax must be asking themselves.

It wasn’t all that long ago that Virginia’s top two, Governor Northam and Lt. Gov Fairfax were at the epicenter of a massive scandal, with Northam having appeared in a racist photo while Fairfax had been accused of rape by two women.

But Virginia Democrats shrugged it off. And the media, which briefly mimed outrage, followed suit. After all, they are partisans before anything else.

So there’s nowhere to go but up. Or way down.

Embattled Virginia Lt. Gov Justin Fairfax is “seriously” mulling a run for the commonwealth’s highest office and suggested that the multiple sexual misconduct allegations have helped raise his profile.

Fairfax told the Richmond Times-Dispatch that he felt “really inspired” after his recent trip to England than he was “very hopeful about the future.”

“Going on that trip and even leaving that trip, I was really inspired,” Fairfax said. “I’m very hopeful about the future. We’ve gotten a lot of encouragement about future political steps. I’m thinking very seriously about 2021.”

Despite being accused of sexual assault by two women, however, Fairfax is convinced that the publicity will ultimately help him.

“Many people a year ago would not have recognized me, now they really do,” Fairfax explained. “People come up to me at gas stations, they say, ‘Hey, we recognize you. We love you. We know what they are saying about you is false.’”

He may even be right.

The Dem coalition in the South largely relies on minorities. Virginia is a more complicated story. But black voters are still a huge factor and polls showed them backing Fairfax.

That means he could potentially even win.

What would the Dems do to avoid that nightmare? Maybe buy off Fairfax. And that might be what he’s thinking.

If he actually tries for it, national level Dems will have to do something or face the risk of Fairfax hanging over their heads. Especially if he wins. But that could mean finding something he might like to do more than being destroyed in a very ugly primary that will divide the Dems in VA.