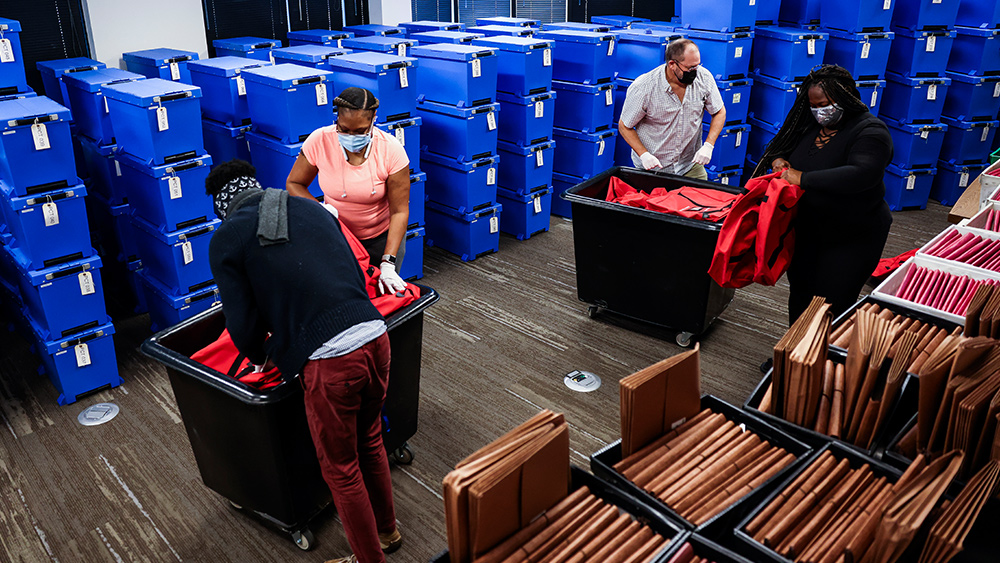 (Natural News) In the latest example of how terribly wrong the “official” vote counts were for the presidential election, a large discrepancy has been revealed in the hand count that is currently underway in Georgia. A batch of votes in DeKalb County that was labeled as containing 10,707 votes for Joe Biden was found to only contain 1,081 votes for the Democrat. That’s a 9,626-vote error in favor of Biden, and it’s not hard to imagine how quickly this type of “mistake” could add up to mean the difference between winning and losing.

This discrepancy was announced by Georgia Republican Party Chairman David Shafer on Twitter, who wrote: “Had this counting error not been discovered, Biden would have gained enough votes from this one batch alone to cancel out Trump’s gains from Fayette, Floyd, and Walton.”

The batch’s label raised eyebrows as it listed 10,707 votes for Biden and just 13 for Trump, which is a highly unlikely margin even in left-leaning areas. The actual count was 1,081 to 13.

Shafer said that the miscounted batch had actually been signed off on by two official ballot counters. After identifying the mistake, he said that an argument ensued and it took hours of recounting for the error to be corrected.

After comparing the margin of victory for Biden in that batch of votes to those of the fraudulent election margins of North Korea’s Kim Jong-il, Syrian President Bashar al-Assad and Cuba’s Raul Castro, he said the Republican Party has already officially requested an investigation with the Secretary of State’s counsel.

Shafer also said that Republicans were limited to just one monitor for every 10 counting tables during the Georgia recount. In addition, monitors were kept a distance away from the tables, which means there is no telling what else they might have missed as they were not granted appropriate access.

On Tuesday, 2,755 votes were uncovered in Fayette County that had not been included in the initial count. The ballots were reportedly scanned onto a memory card, but the votes were never uploaded to the initial count despite several backups that were designed to catch such issues.

Not surprisingly, the ballots that were “accidentally” uncounted favored Trump, although they were not quite enough to flip the lead in the state. Of the 2,755 votes, 1,577 were for Trump, 1,128 were for Biden, 43 were for libertarian Jo Jorgensen and seven were write-ins.

Meanwhile, more than 2600 ballots in Floyd County that were not tallied were also found during the recount. These previously uncounted ballots were also on a memory card that was simply not uploaded. The difference amounted to an additional 800 votes for Trump.

Georgia is one of several states that is using a controversial election system by Dominion Voting Systems. The state purchased the system last year for more than $100 million. It includes touchscreen voting machines that print out paper ballots that scanners read and tabulate.

Every eligible voter deserves to have their vote counted, and while some Georgia officials are trying to downplay the issues, it raises the question of just how often these types of mistakes take place in every state and just how significantly an accurate count of legitimate votes could alter the outcome of this election. Of course, these convenient “mistakes” may well be beside the point if the Dominion Voting Systems software turns out to be even half as rigged as whistleblowers have been claiming.