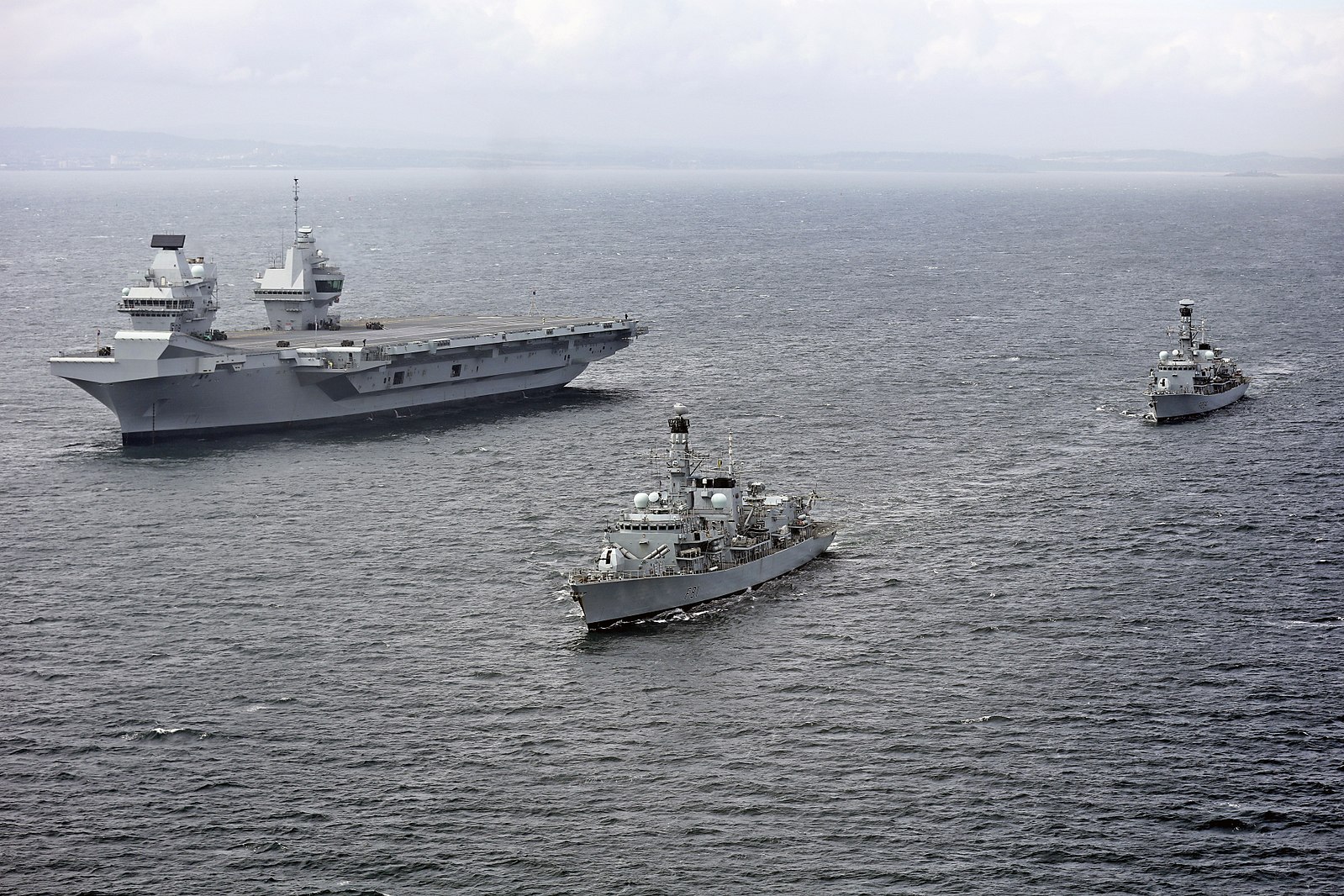 It is funny – for decades we have never had any problems with commercial ships passing through the Persian Gulf, but all of a sudden it has become a major flashpoint. As you will see below, the Iranians are now warning that they plan to “secure” the Strait of Hormuz, and meanwhile a plan for a European-led naval task force to confront the Iranians is rapidly coming together. The seizure of a British tanker a few days ago really rattled British officials, and they are determined to make sure that it doesn’t happen again. Of course the more the Persian Gulf region becomes saturated with military assets, the more likely it is that a “mistake” will happen, and it sure won’t take much of a spark to start World War 3 at this point.

Today, close to 20 percent of all the oil produced in the entire world passes through the Strait of Hormuz, and that makes it an exceedingly important waterway. U.S. and European officials continue to stress the importance of freedom of navigation through the area, and they appear to be losing patience with the Iranians.

But Iran does not intend to back down one bit. On Tuesday, Iranian Deputy Foreign Minister Abbas Araqchi said that his country “will use its best efforts” to secure the Strait of Hormuz. The following comes from the Jerusalem Post…

“Iran will use its best efforts to secure the region, particularly the Strait of Hormuz, and will not allow any disturbance in shipping in this sensitive area,” Araqchi told French Foreign Minister Jean-Yves Le Drian, IRNA reported.

So what does that mean exactly?

Do the Iranians plan to keep grabbing oil tankers whenever it suits them?

The seizure of the Stena Impero pushed us dangerously close to war, and the British government is still hoping that negotiations will result in the release of that tanker.

However, the British also plan to flex their military muscles in order to keep such an incident from happening again, and they are calling for other European nations to join them…

France, Italy and Denmark gave initial support for a British plan for a European-led naval mission to ensure safe shipping through the Strait of Hormuz, proposed after Iran’s seizure of a British-flagged tanker, three senior EU diplomats said on Tuesday.

The cautious backing at a meeting of EU envoys in Brussels contrasts sharply with the lukewarm response shown by European allies to a similar American call first voiced at NATO in late June, when countries feared they could make U.S.-Iranian tensions worse.

Could this be the very beginning of a “coalition of the willing”?

According to Reuters, this task force would likely include “aircraft too”, and that is definitely raising some eyebrows…

British foreign ministry and defense officials have also discussed a possible mission, which would likely involve not just ships but aircraft too, directly with their Italian, Spanish, French and German counterparts.

A senior German diplomat in Berlin said Foreign Minister Heiko Maas was in close contact with his British and French counterparts, Hunt and Jean-Yves Le Drian, to “contribute to the security” of the Gulf including on maritime security.

Meanwhile, the U.S. military is making headlines as well. In an interview with CBS News, CENTCOM Commander General Kenneth McKenzie claimed that U.S. forces may have actually shot down at least two Iranian drones last week…

The U.S. believes it may have brought down two Iranian drones last week, rather than just the one that has been reported, CENTCOM Commander Gen. Kenneth McKenzie told CBS News’ David Martin in an interview Tuesday aboard the USS Boxer, the ship that took action against the drones. Asked by Martin whether it was “only one drone,” McKenzie revealed that he believed the Boxer had engaged two drones “successfully” and perhaps even more.

We should be very thankful that there is no more shooting for the moment, but that could change at any time.

And even if things stabilize in the short-term, the truth is that it is going to be exceedingly difficult to stop the countdown to war at this point. The U.S. and Israel have both made it exceedingly clear that they will never allow the Iranians to develop their nuclear program past a certain level, and the Iranians have been racing to move their program forward ever since the U.S. left Obama’s nuclear agreement.

Unless there is some sort of crazy miracle and another nuclear agreement happens, it appears that war is on the horizon.

Also, I wanted to mention that we just witnessed a very alarming “incident” off the coast of South Korea on Tuesday…

South Korea’s Joint Chiefs of Staff issued a statement claiming they had fired more than 300 warning shots at a Russian A-50 command and control military aircraft early Tuesday morning after it had twice violated the country’s airspace, the first such incident between the countries.

Moscow furiously denied Seoul’s account of the encounter, claiming that South Korean military jets had dangerously intercepted two of its bombers during a planned flight over neutral waters.

That is a huge number of “warning shots”, and it is yet another example of how tense things are all over the world at this point.

Without a doubt, we are living during a time of “wars and rumors of wars”, and once World War 3 begins we will not be able to stop it.

So let us pray for peace, because the alternative is too horrible to even think about right now.