“The argument that the two parties should represent opposed ideals and policies… is a foolish idea. Instead, the two parties should be almost identical, so that the American people can throw the rascals out at any election without leading to any profound or extensive shifts in policy. Then it should be possible to replace it, every four years if necessary, by the other party which will be none of these things but will still pursue, with new vigor, approximately the same basic policies.” (Carroll Quigley)

As a writer and researcher of Marxist propaganda and psychological manipulation of human behavior, I have been critical of President Trump. I have written many articles suggesting that Trump is not the conservative many people believe him to be. I have highlighted his support for red flag gun laws, his unconstitutional bump stock ban and the fact that many of his policies advance leftist objectives. The new NAFTA for example, strengthens global governance of trade in the region pushing us closer to the globalist vision of a North American Union. Another example is the fact that education secretary, Betsy Devos, has signed us onto the U.N. education initiative which pushes the objectives of sustainable development onto our children.

The mainstream media does an excellent job of portraying a constant conflict between Trump and the liberals so that most people believe Trump is working for them. The more the Democrats object to Trump the more his base supports him, even though he is advancing the leftist agenda. A good example is the NAFTA deal and the U.N. education plan Devos signed. Trump pulled out of the Paris Climate Accord, for example, which really had no force of law behind it, solidifying in his supporter’s mind that he is working against leftist objectives. He then went on to support the new NAFTA and Devos signed on with the U.N. Both policies push the same objectives as the Paris Accord. Another example is Trump pulling out of the U.N. Arms treaty after banning bump stocks and supporting red flag gun laws.

I have written many times about the dangers of that treaty however; it was never ratified and had no real force of law. Trump pulling out of it, however, assures his second amendment base that he is on their side while he is still pushing anti-gun policies himself.

Psychologists have figured out long ago that people can be easily conditioned. In most cases, the convictions that people hold are not easily broken. My book, Psychopolitics in America: A Nation Under Conquest discusses this in detail. What people are taught tends to stick with them. In the case of Trump, Americans were taught early on that he was the last hope America had. After eight years of Obama and the prospect of a Clinton presidency Americans believed it.

“Education should aim at destroying free will so that after pupils are thus schooled, they will be incapable throughout the rest of their lives of thinking or acting otherwise than as their schoolmasters would have wished … The social psychologist of the future will have a number of classes of school children on whom they will try different methods of producing an unshakable conviction that snow is black. When the technique has been perfected, every government that has been in charge of education for more than one generation will be able to control its subjects securely without the need of armies or policemen.” —–Bertrand Russell quoting Johann Gottlieb Fichte, the head of philosophy & psychology who influenced Hegel and others – Prussian University in Berlin, 1810

Alinsky said in Rules for Radicals that people can be brought to accept almost anything if they are brought to a point of absolute desperation and face no prospects for the future. Hillary Clinton wrote her college thesis on Saul Alinsky. I would also like to remind everyone that she was also an attendee at Trump’s wedding. Front row seats.

In March of 2017, shortly after President Trump took office, I wrote this article highlighting the fact that he was deploying troops to Syria in accordance with the Project New American Century war doctrine. The links used in that article have been taken down and little remains to be found, except for this article describing what the Project New American Century is. Essentially, it was a plan designed to take out seven middle eastern countries; Iraq, Syria, Lebanon, Libya, Somalia, Sudan and IRAN. These wars were planned more than twenty years before their execution, using the September 11 terror attacks as the pre-text for initiating them. President Obama dropped bombs in five of these countries during his term in office proving the quote by Quigley to be factual. There are certain policy objectives that will be met whether a leftist Democrat is in office or a so-called conservative Republican.

Earlier this month President Trump deployed a carrier strike group and a fleet of B-52 bombers to the Persian Gulf in response to a series of threats made by Iran. Most of his base support this move even though war with Iran would devastating consequences. Russia, China and Iran have been forming a military alliance to counter what they view as, western aggression.

Is Trump’s deployment to Iran in response to a genuine threat or is it, in fact, a continuation of war plans that were written up years ago to change the landscape of the middle east and project U.S. power in the region?

David is a freelance writer and researcher. David served in the United States Marine Corps from 1995-1999 and the US Army from 2001-2006. In addition to contributing to FreedomOutpost.com, he writes at Radical Conservative. Follow David on Twitter. 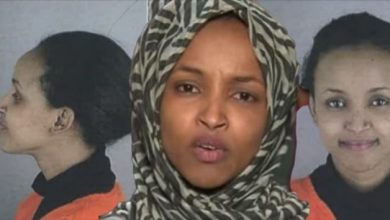 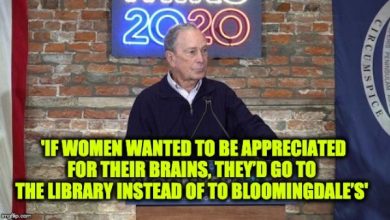 Michael Bloomberg EXPOSED: In 1990 Bloomberg Employees Created a Book of His Offensive Quotes — See It Here 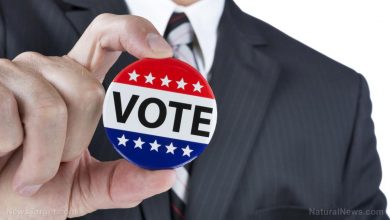 Could the coronavirus pandemic drastically alter the 2020 election? Democrat cities are the most likely outbreak hubs

Pete Buttigieg Believes In Less Government But Only About One Issue [Opinion]
February 17th, 2020 Flag And Cross

One Amendment to Protect Them All Ceramic Mug