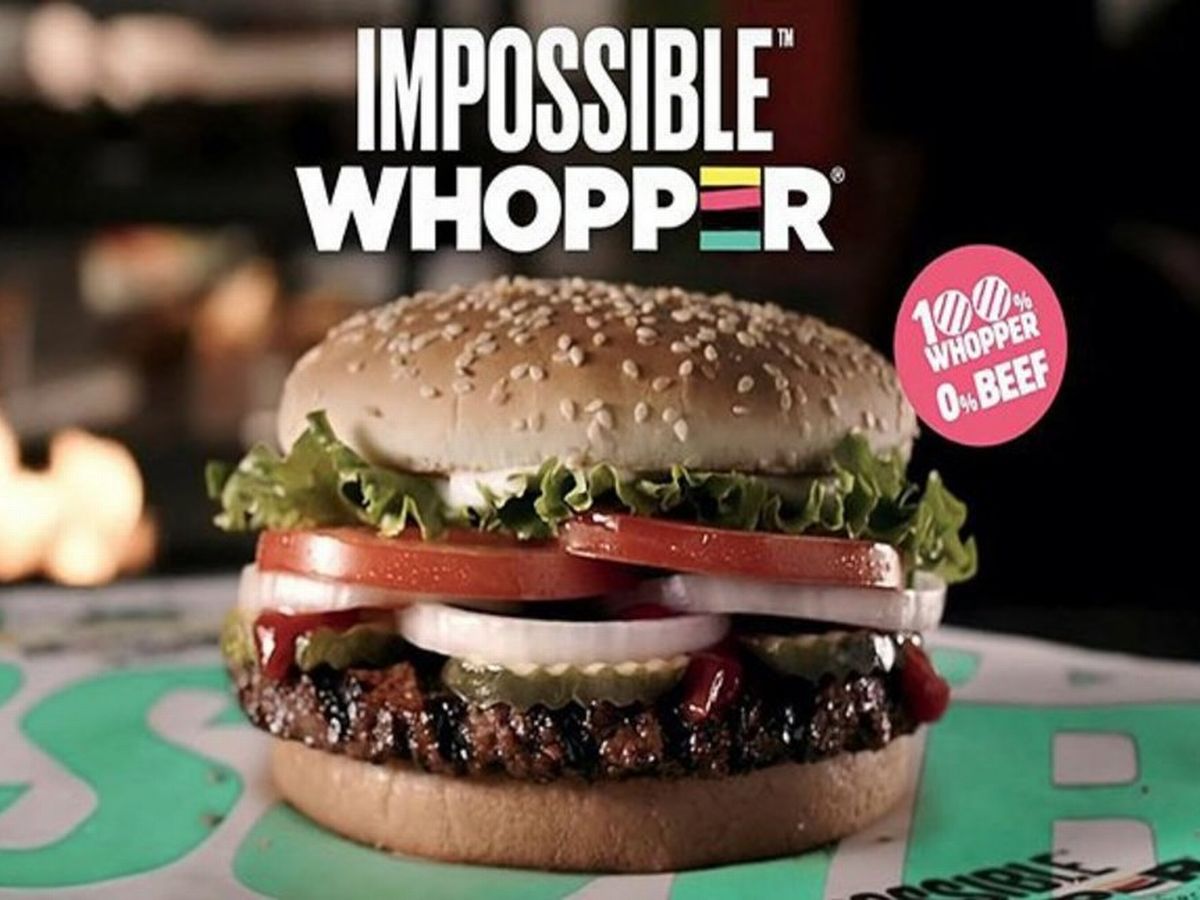 Men, before eating your next Impossible Whopper from Burger King, I would kindly suggest you read this.

Is Burger King at the forefront of population control?

Do I sound crazy?

I am, but that is beside the point.

Nationalfile did the math and it is staggering:

A doctor recently broke down the facts behind Burger King’s vegan Impossible Burger, discovering that it may not be a healthier option when it comes to caloric or protein intake, and that it has a whopping 18 million times more estrogen than a standard Whopper.

18 million times the amount of the real version?

I guess if you are looking to grow man boobs and decrease your libido maybe you’ve found a new burger.

The man boobs are an annoyance, but the decrease in libido and possible reproductive problems are huge.

Those in the know understand the problems with soy protein. Soy protein contains a xenoestrogen called genistein, which is implicated in breast and ovarian cancer in women, and affecting sexual development in males, among many other negative effects. It’s most notable use today is in popular supplements such as this:

The above product lists 56mg of soy isoflavones but does not provide a breakdown of the individual isoflavones on the box. Interestingly, the FDA allows the company to claim the product is estrogen and drug free, even though genistein is technically a drug that influences estrogen receptors.

The nutrition label of the impossible burger states that a burger portion is 113 grams. Based on the ingredient breakdown, we imagine that there is approximately 80 grams of soy protein in the product. What we wanted to know is how much soy isoflavones ( particularly the most harmful, Genistein ) was present in the burger, so we turned to the USDA’s table of soy isoflavones in soy protein products ( per 100 grams ).

How’s that compare to the isoflavones in post menopause supplements?

Individual Genistein levels are rarely mentioned in the ingredients, but based on the tale above, Genistein makes up around 66% of the isoflavones in most soy based products. We would imagine that the average effective dose for menopause relief would be anywhere from 20mg to 75mg.

In our best guesstimate of the soy protein percentage in the impossible burger, We would imagine that each burger contains 42.2mg of the xenoestrogenic compound, if the soy protein concentrate comes from a water based extraction, or around 4.2mg for the alcohol extract.

We reached out to Impossible Foods by email for clarification and have not heard back. The phone number listed on their website went straight to voicemail.

In the best case scenario, consuming 5 impossible burger patties in one day would produce a low-end clinical dosage of the hormone disruptor. In the worst case, half of an Impossible Burger patty would have the same effect.

The Impossible Whopper has a similar amount of estrogen as those found in post menopausal supplements.

I took a bite of my 7-year-old’s Impossible Whopper one day and I now know that I am less of a man for doing so.

I didn’t care for the taste either, but maybe that was a mental thing.

I have NOT found any scientific studies that elevated estrogen can cause actual impotence in men.

But if you grow man boobs and have a decreased libido, chances are that no woman will be rushing to jump into bed with you anyway…

…even on that rare occasion that you might actually desire sex.

But this surely sounds to me like just another tiny step toward the population reduction that world elites desire.

I am one of those men that struggled with abnormally high libido in life.

I also have high sperm counts and that, in my opinion, is why I produced my beautiful baby girls. (5 girls, 1 boy)

Is it a coincidence that that boy came AFTER I had that bite of Impossible Whopper?

That was a bad joke.

This is actually a serious topic.

Men, do some research and understand what you are eating.

There is nothing wrong with REAL RED MEAT.